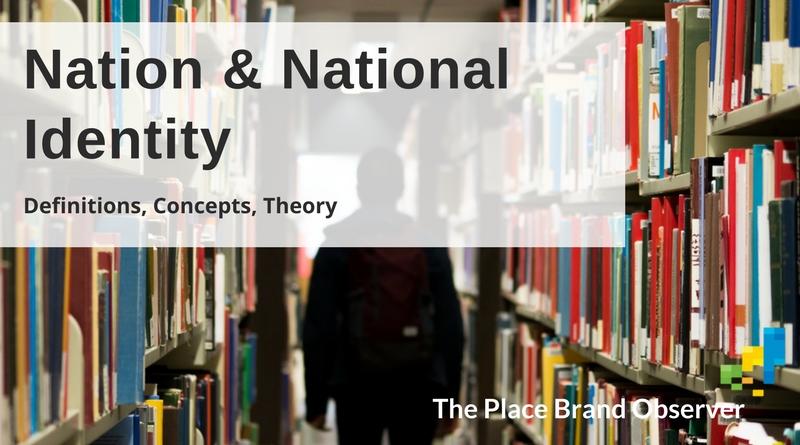 Quite often in the place branding context, you will hear people talk or write about nation branding. But what is a nation, why do we feel part of a nation, and what role does discourse, especially mass media, play in what we perceive as national identity? Here are some thoughts and insights from review of literature on the matter.

Arguably the best known description of a nation is Benedict Anderson’s (1983) conception of nations as imagined communities. They are imagined “because the members of even the smallest nation will never know most of their fellow-members, meet them, or even hear of them, yet in the minds of each lives the image of their communion” (Anderson, 1983, p. 15).

Martin (1995) and Wodak, De Cillia, Reisigl, and Liebhart (1999) have identified language and discourse as the essential means through which the uniqueness and distinctness of a community and its particular values are presented, making these a key instrument in the social construction of imagined communities.

National identity: the power of discourse

Conceived in language, rather than blood (Anderson, 1983, p. 133), nations and national identities, when perceived as imagined communities, are essentially socially constructed.

Because they are “mobilised into existence through symbols invoked by political leadership” (Dryzek, 2006, p. 35), discourses are powerful in that they can construct, perpetuate, transform or dismantle national identities (Wodak et al., 1999).

Media representations are integral to the social construction of national identities (Anderson, 1982; Hallett et al., 2010; Milne, Tregidga, & Walton, 2009). As Thompson (1995) states, “we feel ourselves to belong to groups and communities which are constituted in part through the media” (p. 35).

Media images are powerful in that they contribute to our sense of who we are and how we relate to our environment (Cottle, 2009).

News media in particular actively support a branded, simplified national identity in that they “draw on certain dominant discourses which relate to ideas associated with everyday understandings of notions of ‘objectivity’ and ‘mainstream’” (Huijser, 2009, p. 60).

But also within the imagined national community, new narratives can change people’s perceptions of what constitutes their national identity (Wodak et al. 1999). Clearly, identity and image are context dependent, with image subject to change as societal expectations change (Roper, 2012).

In a nutshell, discourse, language, and the media influence our sense of belonging, who we think we are, or to which nation we feel we belong to.

Anderson, B. (1983). Imagined communities: Reflections on the origin and spread of nationalism. London, UK: Verso Editions.

Know of a new author or perspective on nations and national identity? Help us help us develop this page further and in exchange benefit from free access to our premium content: get in touch for details.