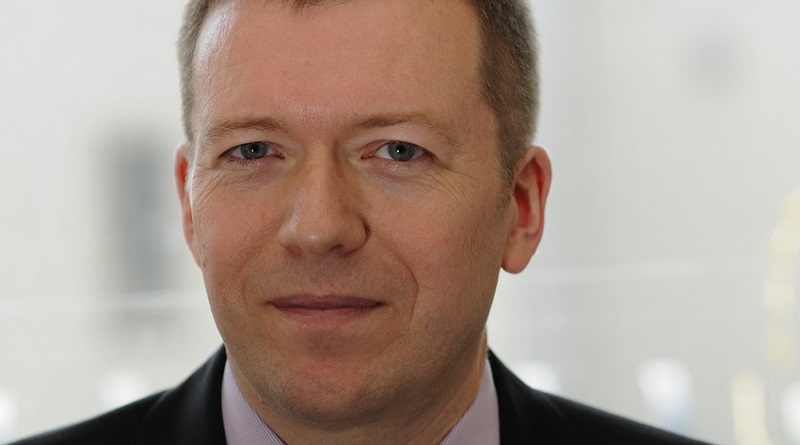 For this week’s interview we take you to London, England, where Keith Dinnie works as place branding scholar (Middlesex University) and advisor (Brand Horizons). Keith is the author of Nation Branding: Concepts, Issues, Practice (2nd edition) and the editor of City Branding: Theory and Cases.

Having lived in and worked in countries around the world, Keith Dinnie has gained unique insights into the different conceptions and approaches to place branding, some of which he shares in the interview. He also reflects on how the nation branding scene has changed and evolved since publication of the first edition of his book in 2008.

Keith, as a researcher, what got you interested in place brand management and the branding of cities, regions and nations?

About 20 years ago the ‘Scotland the Brand’ organisation was set up to promote Scotland internationally. That was the first time I had come across a country explicitly being treated as a brand. Initially I was highly skeptical, for the reasons that opponents of place branding still put forward, i.e., places are not like simple supermarket products that can be branded, it’s cultural commodification, it’s an expression of neo-liberalism, and so on.

But the more I reflected on it, the more I came to the view that if countries (and cities and regions) don’t make any effort to manage their reputation, then they are completely at the mercy of external forces that will do their branding for them.

It’s actually very simple, as many other place branding people have pointed out – if you don’t do your own branding, someone else will do it for you, and it often won’t be benign.

Cities, regions and countries get branded every day by foreign media, credit rating agencies, individual commentators, and the malevolent force of lazy ignorant stereotyping. At the very least, countries can attempt to make use of the communicative power of branding to counter such stigmatization. Negative external branding is inflicted on countries every day.

In the past few months, for example, during the Eurozone crisis talks Greece has been subjected to unprecedented levels of vilification by its European ‘partners’ and institutions such as the IMF. Talk of ‘adults in the room’ stigmatises the Greeks, as does the term ‘Club Med countries’ which gained currency a few years ago in the media as a patronising reference to some southern European nations.

So for me, place branding is only partially what the place itself does; much more significant is the branding that is done to places without their consent. 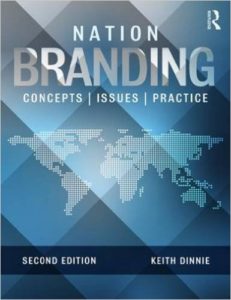 You are about to publish the second edition of your book Nation Branding – Concepts, Issues, Practice: How has the field changed since you first wrote the book in 2008?

To some extent the flurry of excitement in the late 2000s has given way to a more mixed state of affairs today. When I wrote the first edition of Nation Branding – Concepts, Issues, Practice, the field of nation branding was taking off, in no small part due to the groundbreaking work of Simon Anholt.

But Simon’s exhortations for actions to speak louder than words were not always heeded. All over the world, governments jumped on the nation brandwagon and spent lavishly on crass advertising campaigns rather than investing resources in more long-term initiatives such as diaspora engagement, inter-agency collaboration, and other strategic measures.

Just because it has often been done poorly, with dismal design and implementation, does not render the practice of nation branding redundant.

My major objective in publishing the first edition of Nation Branding – Concepts, Issues, Practice was a perhaps naïve desire to show policy makers and administrators how to benefit from some fairly simple but well established branding techniques.

But there is still a huge amount of ignorance within city, region and country governments regarding how to adapt the techniques of branding to their own unique contexts. Hence the need for the second edition of the book. The message still hasn’t got through yet.

On a more positive note, from an academic perspective the field of place branding is much more established now than it was when the first edition was published. Many articles on place branding have now been published in top journals, particularly in the marketing and tourism disciplines but also occasionally in the field of public administration.

Having lived and worked in Japan, South Korea, the Netherlands and now the UK, are there any differences in how nation branding is approached in those countries, in terms of research and practice?

Yes, there do seem to be differences in the approaches to place branding in those countries. In Japan, the level of region branding is more highly developed than in other countries, though it tends to be aimed at a domestic rather than an international audience.

At a national level, South Korea’s nation branding is much more dynamic than Japan’s. South Korea has attempted quite a wide-ranging strategy, whereas Japan’s policy makers still seem to be stuck in a ‘Cool Japan’ and ‘kawaii’ straitjacket.

In the Netherlands there is an exceptional level of interest in place branding, particularly at city level where many skilled professionals are working to promote their city brands.

In the UK there is no explicit commitment to nation branding, perhaps as a long-lasting consequence of the Blair government’s much-derided ‘Cool Britannia’ strategy.

I would say there is a much higher level of antagonism towards the concept of place branding in the UK than in any of the other countries mentioned in your question. The ‘brand’ word is still toxic to many UK audiences. 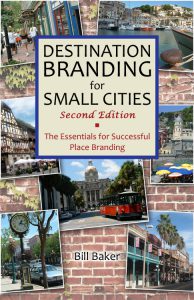 Your favorite place branding book at the moment?

It’s from a bit earlier (2012): the second edition of Bill Baker’s book Destination Branding for Small Cities: The Essentials for Successful Place Branding.

Everyone who has an interest in place branding should read it. It’s concise, to the point, and full of great examples.

Why did you decide to join Middlesex University in London?

A couple of reasons: first, in the Department of Marketing, Branding and Tourism at Middlesex I am surrounded by several colleagues who are active in the field of place branding, which makes this a stimulating work environment to be in; and second, Middlesex University is based in London, one of the great world cities.

Your key insights from your time in Japan?

In terms of place branding, what struck me most during the three years I spent in Tokyo was the presence of so-called ‘antenna shops’ of various Japanese prefectures. This was a great example of region branding, a tangible representation of prefectures in the form of shops stocking products from those prefectures. 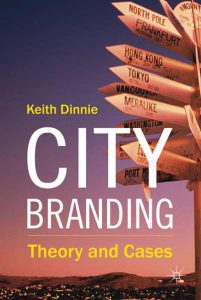 In 2010 you edited a book on City Branding: Which are the main differences regarding the branding of cities vs. countries or nations?

The challenges are similar, i.e., how to engage a wide range of stakeholders, how to distill the essence of the brand, how to manage the public sector-private sector relationship, and so on.

The key difference is that the decision makers are different in cities compared to countries. Also, at national level countries have at their disposal a network of embassies that (in theory) can assist in projecting the country brand, whereas cities generally do not have such a network, although some do.

Your research focuses on the application of strategic brand management techniques by national governments – do you have best (or worst!) case examples?

I think that South Africa’s branding has generally been done very well. Their strategy has sought to be as inclusive as possible and has also made good use of marketing expertise within that country.

Sweden has been interesting and innovative with its ‘Curators of Sweden’ Twitter campaign, though I don’t believe such a campaign would be appropriate for most countries. Sweden has been willing to engage in brand co-creation (by giving an official platform to citizen voices) in a way that less egalitarian nations would be very uncomfortable with.

As for worst case examples, just watch CNN for an hour and you will see plenty of astoundingly bad ads attempting to brand nations as ‘The gateway to this’, ‘The crossroads of this and that’, ‘Undiscovered secret of’, and so on. It’s hard not to cackle derisively when watching such drivel.

Your thoughts on the Good Country Index? How do you think will it influence nation branding practice?

It’s a welcome initiative. I hope that it influences nation branding practice, but influencing policy is evidently much harder than designing a communication-focused branding strategy.

Regarding the ethical dimension of countries’ policies, and in an attempt to encourage governments to highlight their environmental sustainability performance, I include in my book Nation Branding – Concepts, Issues, Practice a reference to the Environmental Sustainability Index (ESI).

In the top positions of the ESI you see some countries that will never feature high up in the standard country brand indexes. Such countries should make more efforts to communicate their good performance in the domain of environmental sustainability as a key element of their nation brand.

If a country has done the right thing, it should let the world know.

Judging by your experience as place brand adviser, which issues do city and country brand managers struggle most with?

For city brand managers the biggest problem is often lack of budget, allied with a lack of willingness of various municipal departments to accord importance to city branding. At a country level, often there is actually no one who is playing the role of country brand manager. That is a key problem.

Instead of wasting budget on ephemeral advertising campaigns, I would advise governments to spend that money on recruiting one highly motivated, competent professional to do what he or she can to manage the nation’s brand. I would also recommend that such an individual should be a citizen of the country rather than a foreign consultant.

Your advice to students looking for place branding study programs?

As there don’t seem to be any dedicated place branding degree programmes, students need to decide what they want to focus on – is it trade and investment, tourism, cultural relations, public diplomacy, etc.?

Connect with Keith Dinnie on LinkedIn.

Enjoyed our interview with Keith Dinnie on his books and research on city branding and nation branding? Spread the word!