Public diplomacy expert Guy Golan sends us this summary of recent research on digital diplomacy, with key insights for governments and national news organizations. Guy Golan is Associate Professor of Public Relations and Public Diplomacy at Syracuse University in the US. He is also the editor-in-chief of The Public Diplomat. 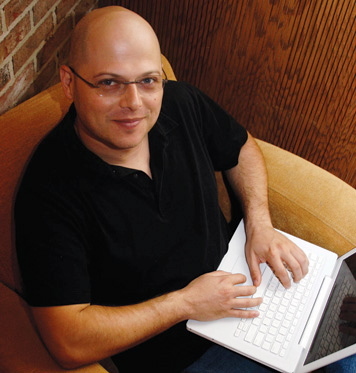 Under the leadership of then Secretary of State Hillary Clinton and her 21st Century Statecraft initiative, the United States launched Twitter accounts in a variety of languages including, but not limited to Arabic, Urdu, Russian, Farsi and Chinese.

While this initiative seemed innovative to some, many argued that the United States was actually trailing behind other governments who took to social media in aggressive outreach efforts that integrated social media with government sponsored broadcasting channels.

A good example is the Russian Republic, whose Russia Today (RT) Satellite network operates in several languages and enjoys strong viewership across the world. RT has a well-coordinated news apparatus that successfully integrates traditional, satellite and social media platforms in terms of message consistency and in framing of global affairs.

Many in the West point to RT as an arm of propaganda, yet the network is quite similar in terms of government-editorial balance to other competitors such as Qatar’s Al Jazeera network, Saudi Arabia’s Al-Arabiya and China’s multiple government sponsored news organizations such as its Xinhua News Agency and CCTV.

Once dismissed as government disinformation, Twitter is now a broadly accepted source of international and domestic news.

There is little doubt that the international news ecology has been transformed by the involvement of governments who view satellite news and social media platforms as instruments to shape and influence the global news agenda and foreign public opinion.

Regardless of budget financial investments in such efforts, the Twitter social activity sphere gives natural advantages to large and powerful nations, while limiting the success of semi-peripheral nations.

In a new study that I recently published with Itai Himelboim of the University of Georgia, we examined the patterns of international news flow on Twitter, focused on government sponsored networks including Russia Today, Xinhua News Agency, Al Jazeera, Al Arabiya and the Voice of America.

We identified and classified key Twitter users that mediate the information flow from these news media to their public, by distributing content to their followers.

Information flow from government to the public is mediated

One of the great misconceptions about social media by organizations, including governments, is that they can reach out to their publics directly, rather than relying on traditional media conduits, such as elite news institutions like the New York Times or the Wall Street Journal.

The results of the new study indicate that information flow in Twitter is heavily mediated.

We refer to those users who most actively retweet or share content as social mediators. “Social mediators,” explains Itai Himelboim, “connect organizations to audiences that they cannot reach directly via social media.” In other words, “social mediators connect you to people who talk about you, but do not talk with you on Twitter.”

The information flow from governments to the public continues to rely on third party content distributors, or mediators.

However, the decentralized and globalized nature of social media now allows the nature of mediators to change dramatically.

Traditional news media, once considered the sole news mediators, were found to only make up a small part of social mediators, whereas ordinary Twitter users made up the largest portion of mediators.

Some may attribute the dominance of ordinary users to their sheer number. However, the study indicates that the coordinated use by government of affiliated Twitter accounts may result in more efficient and impactful content distribution strategy.

The study identified Qatar’s Al Jazeera as a prime example of a well developed social media content distribution strategy by a news network.

Al Jazeera does not simply rely on individuals or other media to bridge the gap to broader Twitter audiences.

The Figure below illustrates such activity. A dot represents a Twitter user and the connecting arrows represent mentions and retweets. Each cluster captures a community of users that are more densely interconnected and share one another’s content. Images represent social mediators that connect the Al Jazeera account (@AJEnglish; at the left) with other communities of users. The green community is dominated by affiliated accounts, such as @AJStream or its digital producer @mmbilar, and the yellow community by @ajinsidestory.

In order to reach other Twitter communities, however, Al Jazeera must rely on bloggers, such as @scoobydoo007 with the Free Syria logo or news media such as @CNN.

Interestingly, @USNavy was found to be closely related to @AJEnglish, providing a further illustration for the legitimacy of government-sponsored news media.

Another interesting finding from the Golan & Himelboim study has to do with the location of social mediators.

Whether the news content originated from Russia, China or the Gulf nations, the majority of content sharing took place in the United States or the U.K.

As such, government sponsored news organizations play a secondary role as platforms for public relations.

The graph below illustrates these findings. Each government-sponsored news media is connected to its social mediators, as represented by their affiliated countries. The more social mediators were associated with a given country, the thicker the line in the graph. The stronger and most frequent connections are with social mediators in the U.S. and the U.K.

Practical implications: reaching out to new publics on Twitter

While governments and the news organizations that they sponsor rush to set up a multitude of social media accounts, the mere presence online guarantees very little.

In order to successfully distribute content online, organizations must engage social mediators, who will bridge content between organizations and various publics.

Such engagement can be successfully done through the distribution of highly relevant and engaging news content. Alternatively, maximum audience reach can be achieved through the strategically coordinated use of affiliated social media accounts.

Yet, organizations should pay heed. Organic distribution is much more likely to establish beneficial engagement than mere government coordinated distribution. “Social media analytics tools, such as network analysis,” says Himelboim, “allow organizations to better understand the hidden structure of their social media ecosystems, by identifying new communities and the influential users that can help them reach out to these communities.”

More about the study here (limited access). Visit The Public Diplomat for more insights and news on digital and public diplomacy. Connect with Guy Golan on LinkedIn.

Enjoyed this research insight by Guy Golan, Associate Professor at Syracuse University, on government-sponsored broadcasting and the role of social media, such as Twitter, in digital diplomacy? Spread the word!