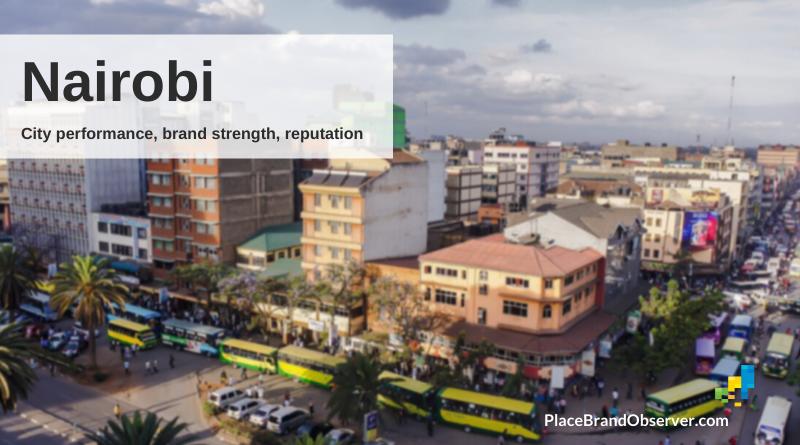 Nairobi, “the safari capital of Africa”: The short distance between business and biodiversity enhances the city’s unique selling proposition, as the Nairobi National Park sits just 10km from the city center. How will the increased efforts in Kenya’s tourism branding impact sustainability and environmental management, innovative measures, livability and expat interest, and the economic performance of Nairobi?

Nairobi ranks most strongly in the planet sub-index (61st) of the Sustainable Cities Index (2018) in which overall the city ranks 96th out of 100. According to the planet sub-index, Nairobi best performed in measurement of energy, air pollution, and greenhouse gas emissions.

Taken in stride with the World Economic Forum Travel and Tourism Competitiveness Report (2017), Kenya ranks most highly in the following performance indices: prioritization of travel and tourism, price competitiveness, environmental sustainability, and natural resources. The report makes out a positive trend of conservation management and promotion between capital city and nation.

Is Nairobi setting innovators up for success? Not so much, according to the Innovation Cities™ Index 2019, which ranks what we might consider an emerging African hub 433rd out of 500 cities worldwide, in terms of innovation economy – including aspects of live, work and play.

Considered an evolving center by the Global Financial Centre’s Index (GFCI) 26, Nairobi has an opportunity to become globally competitive while creating a city and nation brand concurrently. Denoted an Evolutionary City in the Sustainable Cities Index (2018), Nairobi, alongside sister cluster cities, is ready for disruption, at a pivotal point of its urban development.

Livability: how good is life for locals and expats?

InterNations ranks the Kenyan capital 45th out of 72 in its “The Best & Worst Cities for Expats” report (2019), though an impressive number 3 ranking in the Getting Settled Index (2019).

Nairobi is at the bottom end of the PICSA Index, landing 110th out of 113 cities ranked. The rounding out 35 positions of the index are all considered emerging cities, including Buenos Aires (78th) and Cairo (113th). In comparison with the Nomad List, Nairobi’s social scores are mostly mid-ranking, with the exception of female friendly, which scores negatively. The people sub-index of Sustainable Cities caps off with Nairobi at the 100th (lowest) position.

However, the city is rather attractive in terms of cost of living, which we see more predominantly in the Nomad List, but also according to Mercer wherein Nairobi ranks 97th out of 209 municipalities.

IPSOS 2017 has Nairobi and Tehran share the final, 60th position in its worldwide survey, which includes interest in doing business. Regional comparison shows the rise of Nairobi within the GFCI 26 when analyzing the Middle East and Africa, rising 9 positions in the latest edition to approach Johannesburg, Kuwait City, and Cape Town – who all fall in ranking.

The Saffron City Brand Barometer (2019) ranks Nairobi 70th out of 75 cities in a competition to attract commerce, while the World Economic Forum ranks Kenya 91st out of 137 in terms of global competitiveness, with the most problematic factors for doing business being corruption and access to financing.

Enjoyed our summary of global rankings and indices on Nairobi’s city performance, its sustainability, attractiveness as place to live, as well as its brand strength and reputation? Thanks for sharing!