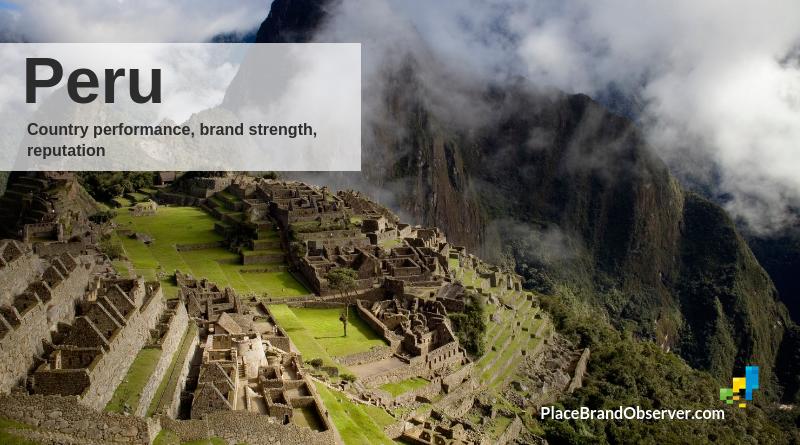 Peru: Is it a good time to invest in Peru? What about its tourism industry? Are we talking about a sustainable country? When it comes to Peru’s political life, is corruption affecting its reputation? Join us as we investigate those and other questions in our analysis of international rankings and indices about Peru’s economic performance, brand image and reputation.

Tip: for an in-depth account on Peru’s performance as destination, its national identity and branding, read our special report on Peru, featuring interviews with leading Peruvian thinkers.

The Global Competitiveness Report by the World Economic Forum, in its 2017-2018 edition places Peru at an overall 72nd position out of 137 countries – a continued drop in the last five editions of the index. The study identifies Peru’s main strengths in its great macro-economic environment, a good market size and a good financial market development. The most problematic areas for doing business, according to the ranking are: corruption, inefficient government bureaucracy and high tax rates.

The World Bank’s Ease of Doing Business ranking measures business regulations. Here, Peru is ranked 68th overall. According to the study, the country performs well – or average – in the following areas: getting credit (32nd), registering property (45th), protecting minority investors (51st). However, Peru has some crucial areas in which it does not perform well, especially starting a business (125th), paying taxes (120th) and trading across borders (110th).

Transparency International, in its 2018 Corruption Perceptions Index places Peru in 96th position, which is similar to the country’s performance in earlier years.

The 2018 Democracy Index by the Intelligence Unit of The Economist ranks Peru 59th worldwide and 12th in Latin America. Peru performs well in areas such as electoral process, pluralism and civil liberties. However, The Economist points out that its performance is not very well when it comes to the areas of functioning of government, political participation and political culture. The Democracy Index, in its final assessment classifies Peru as a “Flawed Democracy”.

The Global Talent Competitiveness Report, in its 2018 edition ranks Peru 74th worldwide and 10th in the Latin American region. This comparatively low position is a result of the poor performance in most of the areas covered by the ranking: enable (82nd) and attract (63rd) talent, growing (68th) and retaining (81st) it, as well as technical skills (62nd) and GK skills (78th).

Peru’s performance in terms of talent attraction can be considered very low, even in comparison with other countries in the region.

Sustainability: how “green” is Peru?

The World Economic Forum, in its 2017 Travel & Tourism Competitiveness Index places Peru in 51st position, with an improvement of seven position since the previous edition. This means that it is one of the countries that improved the most, in terms of competitiveness as destination, even though overall, Peru performs average across the index. Some areas where it performs well include international openness, natural resources and health and hygiene.

The Good Country Index, created by Simon Anholt, places Peru in the 78th position of the ranking. This is a low performance, and it is explained by the results obtained in the different fields measured: science and technology (92nd), culture (83rd), international peace and security (83rd), world order (69th), planet and climate (50th), prosperity and equality (67th) and health and wellbeing (123rd).

The Global Peace Index, in its 2018 edition places Peru 74th, putting it in the “green” category, which means that the level of peace is comparably high, even though it dropped one position since the study’s last edition. Peru is ranked 4th among countries in Latin America.

One of the biggest issues in Peru is the corruption at the government level. On the other hand, Peru is regarded a very good performer in areas such as good relations with neighbors, free flow of information and business environment.

Peru’s nation brand is one of the strongest among Latin American countries. However, when we compare its performance with nations in other regions in the world, it is not so good. As per Brand Finance’s nation brands evaluation, Peru is the 52nd most valuable country brand worldwide, valued 168 billion US dollars. This means a rise of one percent compared to the previous year.

Peru’s overall record in this study is marked as A+, which means a strong performance.

Enjoyed our summary of global rankings and indices on Peru’s economic performance, its sustainability, attractiveness for digital nomads, brand strength and reputation? Thanks for sharing!