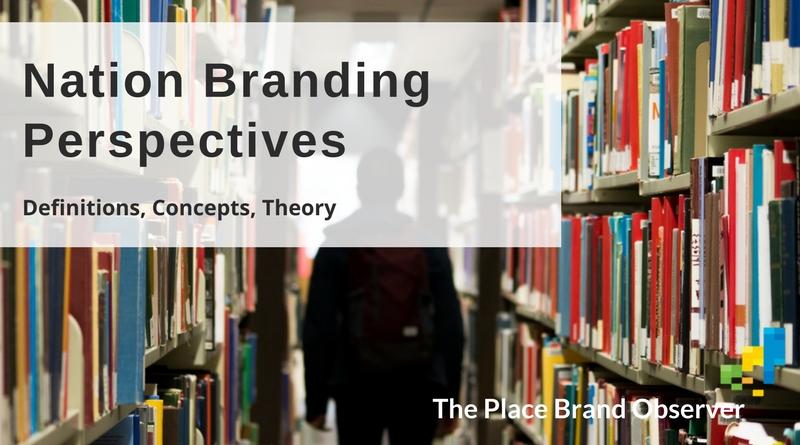 Nation branding has become a popular yet contested field of research and practice, attracting interest from a broad range of disciplines. Not everybody is convinced that nation branding is a good idea, or, indeed, possible. The different opinions are mostly due to people’s varying perspectives on the topic, but also depend on their deeper ontological beliefs and convictions.

Depending on their professional or academic background, scholars look at nation branding from a technical-pragmatic, a political-diplomacy, or a cultural-critical perspective.

What is nation branding?

Fan further notes that, “as an emerging area of interest, nation branding is driven largely by practitioners and there is an urgent need for conceptual and theoretical development of the subject” (2010, p. 98).

Judging from Kaneva’s (2011) extensive review of scholarly work attributed to nation branding, literature on the topic is far from homogenous but varies significantly, not least in the ways in which the very practice of nation branding is discussed.

Referring to 186 examined scholarly publications, Kaneva concludes that a broad distinction can be made between technical-economic, political and cultural-critical approaches, of which in terms of numbers the technical-economic is by far the most common in scholarly publications on the matter (Kaneva, 2011). The key characteristics of each of the three approaches are outlined as follows.

According to Kaneva (2011), branding practitioners and marketers dominate scholarly contributions that can be associated with the technical-economic approach. Taking a functionalist, instrumentalist stance, they perceive nation branding predominantly as a strategic tool to boost a country’s competitive advantage, seeking to inform – not question – the hegemony of the market.

Most definitions of nation branding and nation brands can be attributed to the technical-economic approach, as the explicit use of marketing language reveals. Dinnie (2008, p. 15), for instance, defines nation brands as “the unique, multi-dimensional blend of elements that provide the nation with culturally grounded differentiation and relevance for all of its target audiences.”

Nation branding: A means to build and maintain a country’s strategic advantage with the purpose of economic growth.

In the same light, nation branding is understood as the process of employing publicity and marketing to promote selected images of a geographical location (Gold & Ward, 1994).

Eventually, from a technical-economic view, the purpose of both nation brands and nation branding is to ensure a favorable reputation with the target audience (Anholt, 2007; Bell, 2005; Dinnie, 2008). If done well, such a reputation not only shines on the country itself but also on its products and assets, making them appear preferable in the eyes of the consumers (Country Brand, 2008; Gnoth, 2002, see also Roper, 2010).

Perhaps the most telling description of nation branding from a technical-economic perspective comes from Simon Anholt, considered the most prolific author on the subject (Kaneva, 2011).

In his view, nation branding is really just a metaphor for how effectively countries compete with each other for favorable perception, be it with regard to exports, governance, tourism, investment and immigration, culture and heritage, or people (Anholt, 2007).

Like other authors sharing the technical-economic perspective on nation branding, Anholt puts the main emphasis in his definition on competition, that is, the economic imperative.

Scholars looking at nation branding from a political perspective see it as coordinated government efforts to manage a country’s image in order to promote tourism, investment and foreign relations (Volcic & Andrejevic, 2011). In this light, nation branding is seen as a powerful political tool, especially for small, peripheral nations eager to strengthen their economic position and to compete against the economic, financial or military clout of superpowers (Volcic & Andrejevic, 2011).

Nation branding: A powerful political tool to strengthen a country’s economic position and to compete against economic, financial or military clouts of superpowers.

Literature attributed to the political approach sees nation branding, at worst, as an augmented form of propaganda, or, at best, as an inoffensive way of building and managing reputation by promoting a country’s culture, history and geography, a “more progressive form of patriotism than its chauvinistic or antagonistic counterparts” (Aronczyk, 2009, p. 294).

Scholars pertaining to this political perspective on nation branding are critical about the emphasis on market positioning and competitiveness as outlined above, stressing that attempts to brand nations can be risky and even counter-productive in that it might create mistrust and prejudice efforts to win the hearts of others (MacDonald, 2011).

Volcic and Andrejevic (2011, p. 599) share those concerns, pointing out “in an era of capitalist globalisation,” branding and commercial competition can easily become “the continuation of warfare by other means.”

Increasingly close links between nation branding and public policy – through active encouragement, funding, management and control through government organisations (Kaneva, 2011), have led to a growing field of critical examinations of nation branding, understood as a form of governance via market imperatives (Volcic & Andrejevic, 2011). Kaneva identifies this cultural-critical perspective as the third pillar within nation branding research.

Studies adopting a cultural-critical approach to the exploration of nation branding tend to focus on its implications for national identities, social power relations and agenda-setting (Kaneva, 2011). Following this approach, the very practice of marketing and branding is to be treated with caution, since marketing is not a value-free, neutral means of providing products or services to satisfy physical needs (Moufahim, Humphreys, Mitussis, & Fitchett, 2007).

Rather, through its use of specific symbols, ideological discourses and practices, branding actively shapes social relations, for example by granting material consumption a central role in people’s lives (Moufahim et al., 2007).

Cultural-critical researchers concerned with nation branding aim to explore how marketing and branding influence the social sphere and how those practices alter people’s perceptions of self and their national identity, linking the discursive dimension of nation branding to constructivist ideas of nationhood.

Nation branding: A compendium of discourses and practices aimed at reconstituting nationhood through marketing and branding paradigms.

They would argue, for example, that rather than drawing an adequate image of a places’ history, nature and traditions, nation brands are distorted versions to accommodate consumers’ tastes (Butler 1998, see also Knight, 2011) and that the potential consequences of promoting such a distorted or idealistic image of a nation or place could prove problematic in that it “generates and perpetuates a lie with which the residents must live; thereby robbing a culture of its authenticity” (Fesenmaier & MacKay, 1996, p. 37).

In this scenario, as Volcic and Andrejevic (2011) point out, the polity becomes the “brand community” and governments a country’s chief marketers, expected to align foreign and domestic policies with the nation brand.

Understood as “a compendium of discourses and practices aimed at reconstituting nationhood through marketing and branding paradigms” (Kaneva, 2011, p. 118), nation branding from a cultural-critical perspective reveals a certain way of thinking about the role of a nation and its people, whom it seeks to mobilise in the name of economic development (Volcic & Andrejevic, 2011). By doing so, it follows the logic of neo-liberal governance in that it combines the obligations of citizenship with the responsibilities and risks of the entrepreneur (Volcic & Andrejevic, 2011).

In sum, whereas scholars exploring nation branding from a cultural-critical perspective understand it as a way to reconstitute nations both by means of ideology and praxis (Kaneva, 2011), literature attributed to the political approach sees nation branding, at worst, as an augmented form of propaganda, or, at best, as an inoffensive way of building and managing reputation by promoting a country’s culture, history and geography (Aronczyk, 2009). Lastly, from a technical-economic perspective, nation branding is seen as a means to build and maintain a country’s strategic advantage with the purpose of economic growth.

Yet, not every research approach or publication concerned with nation branding can be clearly associated with one of the three perspectives described by Kaneva (2011). As she concedes, a more nuanced distinction can be achieved by taking a closer look at the ontological convictions that form the basis of nation branding research, particularly whether it follows the essentialist or the constructionist paradigm, and to what extent the stance taken by the researcher is critical of the nation branding concept, or disapproving.

Judging from her thematic analysis, Kaneva (2011) observed that academic literature on nation branding seemed to either praise or argue against the concept, largely depending on the underlying ontological assumptions with regard to social power and national identity.

According to Kaneva, where essentialists see nationhood and national identity as a more or less fixed object to be discovered and represented, constructivist-oriented research assumes that national identities are continuously produced by various agents (Kaneva, 2011).

The second distinction in nation branding research is concerned with the extent to which researchers take the market imperative for granted (consensus), or see it as problematic, and thus point or do not point to questions of power struggle and individual agency (dissensus) (Kaneva, 2011).

Nation brands can be both a positive means to encourage responsible citizens (Anholt, 2007; Kaneva, 2011) and a tool for propaganda (Kaneva, 2011).

Moreover, while the majority of nation brands are not created out of the blue but based on existing culture and traditions (Dinnie, 2008), and thus to some extent justified, they nevertheless tend to be dominated by the market(ing) imperative, which warrants aforementioned concerns, such as the potential impact of national and place branding on individual agency.

“Not what is, but what people believe is…has behavioral consequences” (Connor, 1994, p. 75), which grants national brands an important role with regard to people’s perceptions.

Know of a new author or perspective on nation branding? Help us develop this page further and in return benefit from free access to our premium content: get in touch for details.