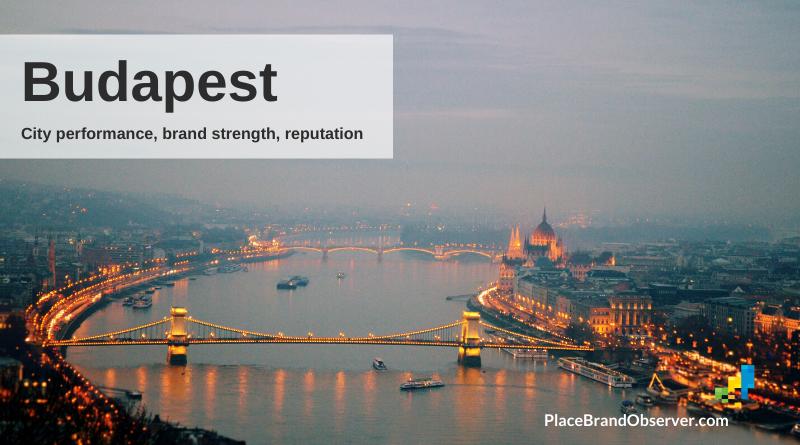 Budapest, the Hungarian capital city, was most recently recognized by travelers as the number one European Best Destination. Boasting an international melting pot of sub-cultures, Budapest self-identifies as one of the richest European capitals in terms of its public transportation system. Its comprehensive Budapest Card allows for ease of travel and tourist accessibility.

But what do international rankings and indices say about how Budapest performs, in terms of economic strength, livability, urban sustainability and brand strength?

Budapest’s appeal for investors and business

The Global Financial Centres Index 26 ranks Budapest 78th, as compared to the Eastern Europe and Central Asia region average ranking of approximately 71st. 12 of the 14 centers included in the study improved their performance in comparison with the previous edition of the index, whereas Budapest displayed no change.

While the Innovation Cities™ Index 2019 by 2thinknow ranks Budapest 79th, most recent reporting from Resonance, in its World’s Best Cities Report, suggests an improvement from 67th (2018) to 51st (2020).

Budapest: how attractive as place to live?

The multi-faceted definition of inclusive prosperity by the PICSA Index includes: prosperity, social inclusion, and spatial inclusion. Budapest ranks 55th, with a score of 52.6 – behind the likes of Bucharest (53rd) and Riga (54th), but ahead of Warsaw (56th) and Tel Aviv (57th).

Ranking number one on the Nomad List, nearly all factors are moderately okay or higher, with the exception of racial tolerance and LGBT friendly, which remain in the red.

Ranking 45th, Hungary is considered one of the Top Expat Destinations 2018, with its greatest contributor Travel & Transport ranking 12th of 68 in defining quality of life.

Mercer reports Budapest as the 76th city in terms of Quality of Living and 164th in Cost of Living. Comparably, Budapest vies for the 40th position alongside seven other contenders (Delhi, Mumbai, Lima, Mecca, Kuala Lumpur, Buenos Aires, and Sao Paolo), according to the IPSOS Top Cities 2017 report, which includes data on 60 cities.

The Sustainable Cities Index (2018) ranks Budapest 57th overall, with its strongest sub-index profit (51st) and the weakest people (62nd). Budapest finds itself in the “post-industrialist opportunist” cluster, defined as facing challenges associated with increasing dynamism, such as the battle for talent attraction.

Reputation Institute’s City RepTrak (2018) notes the importance of reputation in times of social and political disruption, considering as factors geopolitical tension, nationalism, and social unrest in city perception. The 2018 report ranks Budapest 39th out of 56, having dropped in position since the 2017 report.

Enjoyed our summary of global rankings and indices on Budapest’s city performance, its sustainability, attractiveness for investors and talent, its brand strength and reputation? Please share and spread the word!