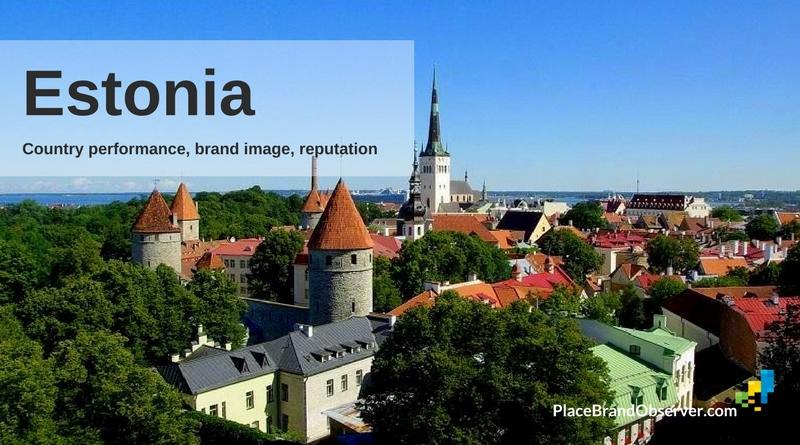 Estonia, the small Baltic country with little natural resources, has been working hard to position itself as an innovative, technology-friendly country. Proud of being the first e-state with numerous digital solutions that make tax-paying and voting easier for its citizens, a few years Estonia started the first e-residency program to invite foreign citizens to open businesses in Estonia. How well have these policies paid off?

What do the different international rankings say about the country’s attractiveness of doing business?

World Bank’s Ease of Doing Business index gives Estonia the most favoring evaluation, ranking it on position 12 among the 190 countries surveyed in the 2018 study. A high-ranking means the regulatory environment is more conducive to the starting and operation of a local firm. According to this study, Estonia’s business policies are going in the right direction to invite more investors and entrepreneurs to start a business in the country.  Registering property (2nd), enforcing contracts (5th) and dealing with construction permits (5th) are topics where Estonia scored highest in the region. However, protecting minor investors (29th) and resolving insolvency (27th) is what has been keeping the country from reaching an even higher position in the past two years.

World Economic Forum’s 2018 Competitiveness index is less favorable to Estonia, positioning it 29th out of the 137 countries surveyed. Once again, the outcomes are quite positive when it comes to the efficiency of the labor market and its macroeconomic environment (both 15th). The technological readiness (20th) and innovation (30th) were also ranked relatively high; however, its small market size (98th) brings Estonia down in the Competitiveness index that hasn’t made any remarkable improvements in the last ten years.

A third index that gives us an idea of Estonia’s attractiveness for doing business is the indicator of talent, provided by Bloom’s Digital Country index. This ranking is based on worldwide online searches and focuses on 5 main aspects: investment, tourism, prominence, exports and talent where Estonia scored highest (87th). The overall ranking was 104th out of the more than 240 places that were evaluated in the study.

Livability and environmental performance of Estonia

One of the international indices that can help us learn about a country’s efforts of being both environmentally and socially sustainable is OECD’s Better Life index. This annual study that was first launched in 2011 focuses on 11 topics that vary from environment to work-life balance. The environmental indicators take into account air pollution, which was evaluated rather well in Estonia (8th out of the 38 OECD countries), and water quality, which could be better according to the study (23/38). The 2017 survey also brings out that the subjective well-being of Estonians is low, leaving the country in the bottom third of OECD members for life satisfaction.

On the other hand, Estonia did perform well for its indicator of environmental sustainability (12th) in World Economic Forum’s 2017 Travel and Tourism Competitiveness index.

Its results were also very good in the 2016 Environmental Performance index (EPI), where Estonia ranked 8th out of the 180 countries, being ahead of Switzerland (16th) and Norway (17th). Estonia has been improving its position in the EPI year by year, going from ranking 19th in 2008, to the current position in the top 10, composed entirely of European countries.

What is Estonia’s contribution to global well-being?

While many of the different indices show data that allows comparing places in terms of competitiveness, the Good Country index has a different approach. Using a wide range of data from the U.N., the Good Country Index aims to measure what each country on the planet contributes to the common good of humanity, and what it takes away, relative to its size.

In 2017, Estonia ranked 28th out of the 163 countries evaluated in the study. The best results were obtained for culture (3rd) and health and wellbeing (27th), while the contribution of Estonia to international peace and security (93rd) and world order (72nd) were ranked lowest. Along the 3 editions of the Good Country Index, Estonia’s ranking has changed positively from 38th to 28th.

Estonia as a Nation Brand

How well is Estonia doing as a nation brand?

Having a look at Estonia’s brand strength, the Global Soft Power Index 2020, positions the nation 47th. One of Estonia’s unique points of power is the sub factor governance. Many nations fail to meet the level of governance achieved by Estonia, taking into consideration the rule of law, human rights, crime rate, security, constitution, and political elite.

Brand Finance’s annual Nation Brands report on the world’s most valuable nation brands leaves Estonia on the 87th position in 2017. Nevertheless, their study shows that there has been a 39% increase in the value of the brand during the last year.

Furthermore, Estonia ranks 8th among the best performing nation brands, showing that the economic value of a nation is not in a strict correlation with its performance when things are done effectively.

Enjoyed our summary of global rankings and indices on Estonia’s economic performance, its sustainability, attractiveness for digital nomads, brand strength and reputation? Thanks for sharing!