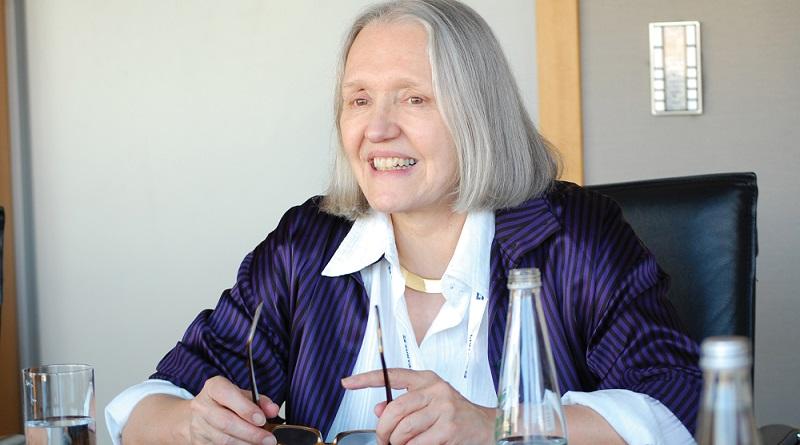 Through this interview with Saskia Sassen, Professor of Sociology at Columbia University and a Member of its Committee on Global Thought, we continue on our mission to review the complex world that place branding professionals operate in. Saskia is a student of cities, immigration, and states in the world economy, with inequality, gender and digitization three key variables running though her work.

Saskia, what originally sparked your interest in globalization as a research area?

My extreme irritation with the standard description of globalization when the term began to be used back in the 1980s: “a world without borders”, “the world is flat”. Too much was not flat at all and there were all kinds of borders…. So I developed a thesis:

The more digitized and globalized the leading economic sectors were becoming, the more they were going to need a particular kind of center—dense, state of the art places where all the needed specialized knowledge bits about law, investment preferences, etc. could be bought.

Can you explain that dense center a bit more?

These centers are a sort of networked economy inside the larger economies of any big city. They are the most advanced type of place in these cities –which I then identified as global cities. And they do not need to be a big city—see the case of Singapore. So yes, firms could go global and move a lot of information and services digitally, but they still needed very strong places where they could buy all the state of the art inputs they needed.

For those interested, my article The Global City: Enabling Economic Intermediation and Bearing Its Costs [link to pdf] deals precisely with this topic and outlines many of the needed features of place, including the janitors and other service workers.

How would you suggest global and national settings are denationalizing what was historically constructed as national?

Glad you ask! I think that much of the global gets constituted inside the national: and the actual operation through which this can happen is a sort of de-nationalizing of what was simply national before. (Sassen, S., 1991/2001. The global city. Princeton University Press.)

For example, the possibility of a global economy was to a very large extent enabled and made through national laws, but these were a special kind of law because they denationalized what before had been national, and closed. I develop this also in my Expulsions book (Harvard University Press 2015, now out in 15 languages).

Tell us more about your most recent book, Expulsions. What should we as citizens in a globalized world be attentive to and are there ways to push back, slow or even stop this kind of displacement? 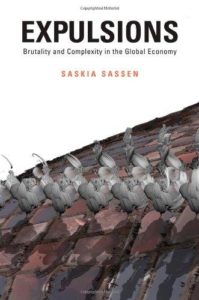 I cover a range of issues that all wind up expelling more and more people from reasonable lives. Let me give you a few examples that show how broad the spectrum of cases.

One familiar case is the impoverishment of the modest middle classes and the working classes: for several generations the sons and daughters did better than the parents. Mostly this is not happening.

Then there are the growing numbers of people in refugee camps—more than ever before. The large corporate buying or grabbing of rural land is seen as development, but it means the expulsions of many millions of small farmers from their land –including their killing in countries such as Honduras or Myanmar… it is brutal.

Finally I also add the notion of land and water that is now dead –destroyed by chemicals or dried up. This is an expulsion..from the biosphere. A short version can be found in “A Savage Sorting of Winners and Losers” (Globalizations 7, March-June 2010).

What is meant by sustainable human settlement? What are some findings from your partnership with UNESCO on the topic?

Yes, it is both with UNESCO and with HABITAT, both of the UN. I prepared a study on “Who Owns the City.” (See also my article in the Guardian). And if you like a fairytale, read this. It looks at land grabs in cities, by national and foreign investors…big ones, which are leaving little housing for the middle classes in our cities and first responders (firemen, nurses, etc.)

The corporatizing of our cities means that the whole notion of the right to the city is thwarted.

How can practitioners of place branding, place making and urban development make use of your research, and which practical solutions might they be able to offer to some of the problems identified in your research?

I think this notion of place is extremely important for major cities, given all the corporatizing of urban space. And we see in more and more cities an attempt to recover place –“our” place. Urban agriculture, setting out local shops and cafes.

Do we really need a multinational in our neighborhood to have a cup of coffee? No! Out with franchises wherever we can …because every franchise takes out part of the consumption capacity of a locality and send it to headquarters.

We need a franchise to buy a computer, but we do not need it for so many other things that we could make in the neighborhood.

How can place branding (initiatives aimed at developing and managing place reputation) support the sustainable development of cities or destinations?

Well I think it is critical to focus on place and to enable local entrepreneurial talent, and to welcome those who just want to contribute to a larger task or project. Right now far too many local shops are getting killed by the large corporates.

Enjoyed our interview with Saskia Sassen on cities and globalization – opportunities, challenges and consequences? Share and spread the word!