In fact, a very uncertain future on the public diplomacy front was our key takeaway from the case study on Catalonia and the branding of a stateless nation, and our interview with Nick Cull, Professor of Public Diplomacy at University of Southern California (Annenberg).

But what exactly is the purpose and role of public diplomacy professionals in the 21st century? And what can public diplomacy history teach us about its future? Questions we asked Professor Cull. Here are his answers:

What should be the mission of a 21st century public diplomacy professional?

Nick Cull: Public diplomacy begins with listening. The point is not to advance the independence on one country through public diplomacy, but to build an awareness of our mutual interdependence in an interconnected world, and to work for a common good.

States have come to understand that public diplomacy is all about relationships, but the old propaganda approach is still so strong that they insist on thinking about ‘winning’. Winning and relationships don’t go together. Seeking to win your relationships is an excellent definition of a sociopath.

In the 21st century the public diplomacy professional needs to build relationships of value to all parties; seeking the ‘win-win’ scenario.

Which are the 3 most significant lessons from history on the public diplomacy front, as relevant to professionals?

NC: To me the big lesson is to listen and that splits three ways: 1) listen before you speak, 2) listen while you are speaking, and 3) listen AFTER you speak.

In operational terms, this means research to know as much as you can about your audience, paying attention to that audience and responding to them to allow a relevant relationship to develop, and evaluating your activity.

Evaluation needs to be built in and budgeted at the planning stage and should not be a late add-on. It’s amazing how seldom this formula has been followed!

Read our interview with Nick Cull 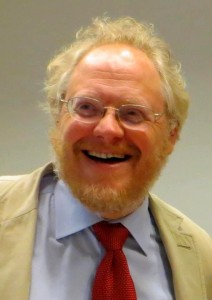 Nicholas J. Cull is Professor of Public Diplomacy and Director of the Master’s Program in Public Diplomacy at USC. His research and teaching interests are inter-disciplinary, and focus on the role of public engagement in foreign policy.

His first book was Selling War (Oxford, 1995), a study of British information work in the United States before Pearl Harbor. He has published numerous articles on the theme of public diplomacy and media history.

View the list of books by Nicholas J Cull on Amazon.

Did you enjoy our interview with Nicholas (Nick) Cull on the role of 21st century public diplomacy professionals – and what public diplomacy history can teach us about its future? Please share!