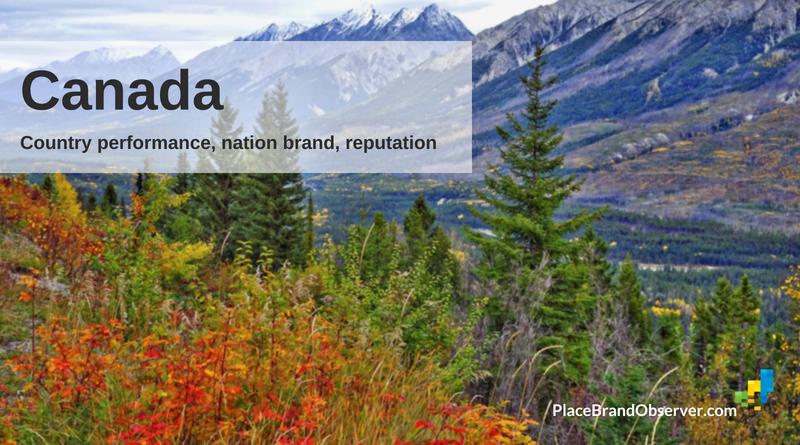 Canada: how does the country’s political positioning towards the US influence its performance in global rankings that measure talent attraction potential, public diplomacy and soft power strength, environmental sustainability and economic development? What influence have recent political developments had on the international reputation of Canada? Answers in this summary of global reports, studies and rankings on country performance, brand image and reputation.

What are the pros and cons of doing business in Canada?

Canada ranks 18th in the 2018 Ease of Doing Business index. It performs best in the dimension of starting a business, where it takes 2nd place after the overall leader New Zealand. It also scores very high in protecting minority investors (8th) and in resolving insolvency (11th). On the other hand, Canada remains in the second half of the ranking for enforcing contracts (114th) and getting electricity (104th).

Compared to the 2008 results, Canada’s performance has become considerably weaker over the last ten years, falling from 7th to the current 18th position.

Canada’s ranking in the Global Competitiveness Index 2017-18 is 14th. Its strongest pillars in this index are the development of its financial market and labor market efficiency (both ranked 7th). Health and primary education also fit in the top ten (8th), while the country’s weakest pillar, the macroeconomic environment, ranks far lower (47th).

Canada has shown a slight decline in this index, too, falling from 10th (2008) to the current 14th in ten years.

Transparency International ranked Canada 8th in its 2017 Corruption Perceptions Index, awarding Canada with a high level of trustworthiness regarding the efficiency of its state institutions.

How well is Canada performing in attracting and retaining talent?

Canada’s overall ranking in the 2018 Global Talent Competitiveness Index is 15th. In this index, Canada does best at attracting talent (10th) and providing global knowledge skills (11th). Talent enabling and growth (both 14th) also score well. Vocational and technical skills (22nd) is the only pillar where Canada scores below top-20 in this report.

Which are Canada’s strongest points of influence in terms of soft power?

The soft power Canada has on other countries is estimated to be very strong – it ranked 5th in the 2017 Soft Power Index. This is one position lower than a year earlier, and the same position it scored in the first edition of the study, in 2015.

Canada scores highest in the dimensions of education (2nd) and digital development (6th); culture and government (both 9th) also make it to the top-10 for global influence.

Canada outperforms the global competition in terms of most generous nation according to Brand Finance‘s Global Soft Power Index 2020, ranking an overall 7th. behind the likes of China (5th) and France (6th).

How sought-after is Canada in online searches?

Canada also ranks high in the 2017 Digital Country Index, where it holds the 5th spot for the third consecutive year. It leads the dimension of talent, with prominence (4th) and investment (7th) also scoring very high. Exports (9th) and tourism in Canada (14th) score somewhat lower in this ranking that analyses countries’ popularity in online enquiries.

How does Canada perform in rankings measuring environmental sustainability?

The 2018 Environmental Performance Index ranked Canada 25th in its bi-annual study, keeping the same position as in 2016.

The Happy Planet Index positioned Canada much lower, ranking it 85th in its 2017 study. The main cause for this weak performance, according to the index, is Canada’s big ecological footprint, which leaves it at the very bottom of the study, ranking 136th out of 140.

Nevertheless, the country’s performance in other dimensions is good: it ranks 7th for well-being, 11th for life expectancy and 17th for equality.

Is Canada a welcoming place for living?

Canada’s ranking in the World Happiness Report 2018 is 7th both for native Canadians as for the foreign-born. This makes it one of the happiest countries in terms of assuring well-being and equal treatment for its immigrant community, which makes up more than 20% of the total population.

What is Canada’s contribution to global well-being?

Canada ranks 14th in the latest Good Country Index. Its strongest pillars are health and well-being (8th) and world order (11th). Other dimensions of Canada’s contribution to global well-being rank relatively lower. While culture (25th), prosperity and equality (27th), science and technology (29th) still feature in the top-30, Canada’s contribution to the improvement of planet and climate (39th) and international peace and security (41st) score much lower.

The Global Peace Index ranks Canada 6th in its 2018 study. Similar to the global tendency, Canada suffered a deterioration in its terrorism impact rating after several terrorist attacks, such as the Quebec City mosque shooting in January 2017. However, the overall valuation of Canada’s contribution to global peace is two positions higher this year, compared to 2015.

How well is Canada performing as a nation brand?

In 2017, the country held the leading position in Country RepTrak’s international reputation study. Canada performed very well in several dimensions of the report, such as appealing environment (2nd), advanced economy and effective government (both 5th).

Brand Finance’s Nation Brands Index ranked Canada as the 7th most valuable nation brand in 2017. Its nation brand value increased by 14% in the last year, reaching $2,046bn in 2017. This allowed Canada to climb up one position, compared to 2016.

Enjoyed our summary of global rankings and indices on Canada’s economic performance, its sustainability, attractiveness for digital nomads, brand strength and reputation? Thanks for sharing! 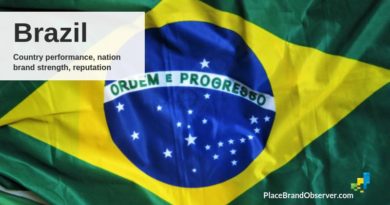 5 May 2020 The Editorial Team Comments Off on Singapore Country Performance, Brand Strength and Reputation 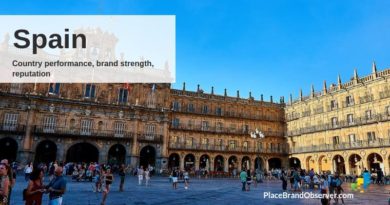