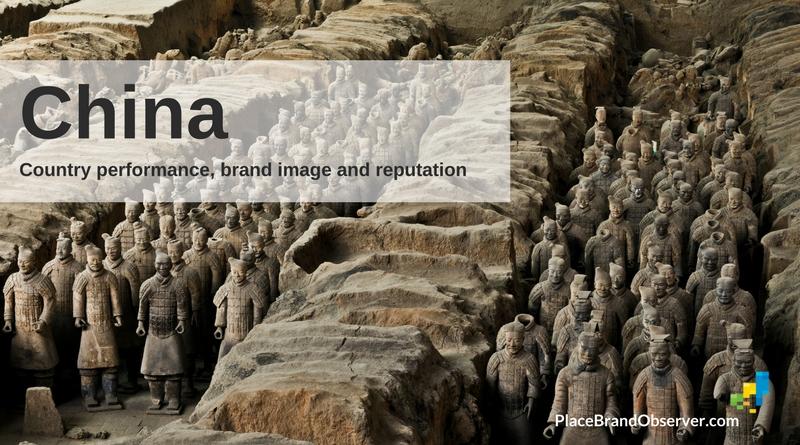 China: How easy is doing business in the world’s most populated country? Has China’s rapid economic growth had an impact on its environment and equity? Read about China’s soft power and other fundamental elements that make it one of the world’s strongest nation brands.

How easy is it to do business in China?

China ranks 78th in World Bank’s 2018 Ease of Doing Business index. It performs very high in the dimension of enforcing contracts (5th) and shows relatively good conditions for registering property (41st). On the downside, dealing with construction permits (172nd) and paying taxes (130th) seem to be making entrepreneurship more difficult in China. The country has improved its ranking by five positions in the last ten years, thanks to introducing reforms and digital solutions for dealing with paperwork.

The Global Competitiveness Index 2017-2018 ranks China 27th out of the 137 countries that participated in the study. China occupies the first position for its market size thanks to its population of 1.3 billion. Related to the development of this huge economy, China’s macroeconomic environment also ranks fairly high –17th.

In 2017, its weakest pillar was technological readiness, where it ranked 73rd. Compared to the 2008-2009 edition, the country’s ranking has improved by three positions.

How is China performing according to environmental sustainability reports?

The 2018 Environmental Performance Index points out that the biggest global threat for public health is poor air quality. Air pollution issues are especially acute in rapidly urbanizing and industrializing nations, such as India and China.

China’s overall ranking in the 2018 edition is 120th, reflecting the strain population pressures and rapid economic growth impose on the environment. According to this report, China’s performance in terms of environmental sustainability has worsened over the last years, considering that in 2016 it was positioned 109th.

The Happy Planet Index ranks China 72nd among the 140 countries that were evaluated in its 2016 study. The country’s strongest pillar is equality, ranking 51st, while its weakest performance is in the dimension of ecological footprint (88th). The Happy Planet Index adverts that China’s fast-growing economy has taken an environmental toll both because of pollution, as well as for its rife income inequality with about a third of China’s wealth held by 1% of citizens.

China’s environmental performance is seen especially critical in WEF’s 2017 Travel & Tourism Competitiveness Index where it ranks 132nd among the 136 countries that were evaluated in the study. Here, its biggest issues are the concentration of particulate matter in the air (136th) and the lack of protection of threatened species (120nd).

Is China a “Good Country”?

What is China’s contribution to global peace and wellbeing?

China ranks 76th in the Good Country index, performing relatively well in the dimension of international peace and security (40th) and health and wellbeing (48th). However, its contribution to global prosperity and equality (113th) and culture (111th) is very low in comparison to the country’s magnitude and global political power.

On the positive, China’s ranking has improved a remarkable thirty-one positions in comparison to the Good Country index first edition, where its overall ranking was 107th.

How much soft power does China have?

In the 2017 Soft Power Index China ranked 25th, which is five positions up from its 2015 ranking. This study claims that China’s strong performance is partially owed to the US’ decline during the Trump administration.

According to the report, China has been making efforts to increase its soft power ever since 2007 with significant investment in culture. The top-down endorsement is said to be continued with President Xi Jinping vowing “to promote China’s cultural soft power by disseminating modern Chinese values and showing the charm of Chinese culture to the world.”

This leads us to China’s ranking in the Global Soft Power Index 2020 by Brand Finance in which the global competitor lands the 6th position with a remarkably high score in influence, the sub factor that most nations perform most poorly in.

How attractive is China for international talent?

China ranks 43rd in the 2018 Global Talent Competitiveness Index. Its strongest pillar is based on global knowledge skills (22nd), showing that China has a solid amount of workers in professional, managerial, or leadership roles that re­quire creativity and problem-solving.

On the other hand, its weakest dimension is attracting talent (76th). This shows that China’s capacity of luring foreign valuable resources, such as productive businesses and creative workers, and removing internal barriers to entering the talent pool is not yet fully exploited.

China’s performance according to the Digital Country Index

How popular is China in online requests related to business, tourism and talent?

The Digital Country Index 2017 ranks China 9th for the number of online requests done around the world. This is three positions lower than its 2015 ranking. China tops the ranking in the dimension of investment and takes second position in exports. Tourism and talent both rank 12th, while the country’s prominence is evaluated somewhat lower, at 24th.

How well is China performing as a nation brand?

Brand Finance’s Nation Brands index ranks China as the second most valuable and the fourth best performing nation brand in the world. Also, it is the fastest-growing nation brand of 2017 in absolute terms, with a change of over US$3.1 trillion year on year.

The report points out that in 2012, China consciously started building its own world-renowned brands and now its companies make up 50 of the Global 500 most valuable brands, increasing from only 8 in 2008. The country even celebrates an annual Chinese Brands Day on May 10th and has a nationwide China Council for Brand Development, dedicated to research on brand building and brand evaluation.

Enjoyed our summary of global rankings and indices on China’s economic performance, its sustainability, attractiveness for digital nomads, brand strength and reputation? Thanks for sharing!