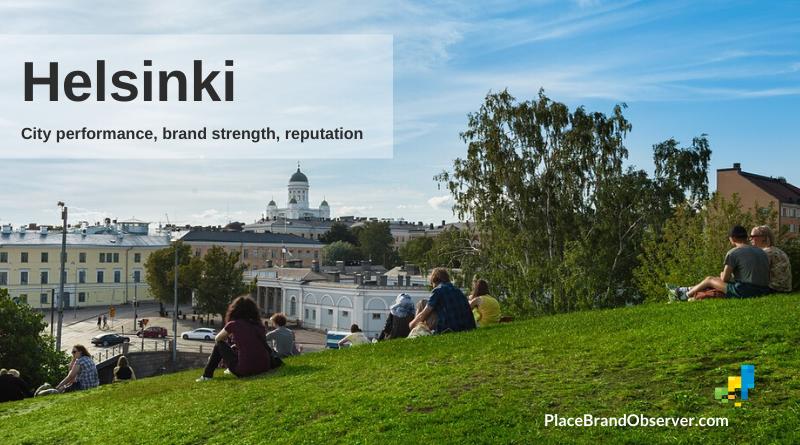 Helsinki, the capital city of Finland, is the European Union’s northernmost capital city. It is a vibrant small metropolis with little daylight in winter and long summer days due to its latitude. Apart from Finnish as the main language, Swedish is also widely spoken, together with other languages such as Russian and Estonian.

How does Helsinki perform in terms of economic competitiveness, sustainability, city reputation and appeal to talent from abroad?

Helsinki is not a major financial centre, but according to the latest Global Financial Centres Index, the city has climbed six positions to be ranked 68 compared to last year.

Helsinki contributes a great part to Finland’s GDP, with a focus on the service sector, especially IT-related services.

Sustainability: is Helsinki a green city?

In the Green Cities Index, which ranks global cities according to their environmental performance, Helsinki is attributed to the 7th position out of 30 European cities (excluding German cities). It leads in environmental governance. A remarkable 58% of waste is recycled (the average among European cities is only 18%).

Room for improvement: according to the study, only 16% of the Helsinki inhabitants walk or cycle to work, compared to 68% in Stockholm, for instance.

The city enjoys 14th position for its green space and parks (Digital Nomad Index), out of 56 ranked cities.

How innovative is Helsinki?

The Innovation Cities™ Index, which ranks cities according to conditions that facilitate innovation, Helsinki holds 58th position overall (out of 500 cities) and 19th in Europe (out of 165 European cities).

Helsinki’s reputation has improved, according to the past two editions of the Reputation Institute’s City RepTrak study. Whereas the city earned 16th position in 2017’s edition, it has risen to the 11th position in the 2018 edition (among a total of 56 cities included in the study).

In the 2017 edition it was made clear that Helsinki enjoys a great reputation, but unfortunately is not well known internationally, coming second-to-last with only 59% of survey respondents saying that they are familiar with Helsinki. This

Similarly, Helsinki cannot be found among any top 10 lists in the Ipsos Top Cities (2017) report, in which cities are ranked according to factors such as where to live, visit and work.

How attractive is Helsinki for talent, digital nomads?

Despite not being very well known internationally and not appearing in the top 10 of the aforementioned list, Helsinki is considered a very good place to live. The Global Livability Index features the city at the 16thth position in 2018 slipping from the 9th position in the 2016 edition, losing its spot among the ten most livable cities in the world.

The Nomad List which describes cities according to their appeal as a destination for digital nomads, describes Helsinki as having a high quality of life, but expensive to live in. Digital life amenities are considered good, in accordance with Finland overall.

The 2019 Digital Life Abroad Report finds Finland the 2nd best country to live in, in terms of aspects linked to digital life, only beaten by Estonia.

Enjoyed our summary of global rankings and indices on Helsinki’s economic performance, its sustainability, attractiveness for digital nomads, brand strength and reputation? Thanks for sharing!