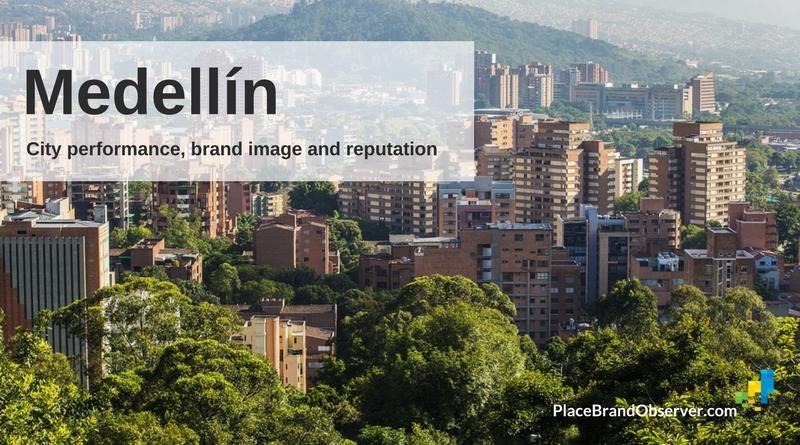 In recent years, Medellín has become famous thanks to Netflix and its Narcos series. Whether it has given the city a positive image is another question. In 2013, Medellín was elected the world’s most innovative city by the Urban Land Institute. What do the different indices say about the city’s progress, five years later?

In what feels like the blink of an eye, Medellin has become the poster child of urban transformation, as the days of Pablo Escobar and cartel drug crime are over. In 2013, out of a list of 200 cities, Medellín was chosen as ‘Innovative City of the Year’ by the Wall Street Journal, Citibank and the Urban Land Institute. It competes with Bogota as the innovation centre of Colombia.

Yet its launch into a hipster hangout – it is the top South American city on Nomadlist – was based on civic creativity.

As former mayor Fajardo noted: ‘Our most beautiful buildings must be in our poorest areas’ – remember the iconic public libraries in the favelas. Most importantly, a new metro system, cable cars, and escalators knit the fragmented city centre together and made it safer.

This public realm creativity made the platform upon which Meddelín’s start-up ecology has been able to flourish.

Medellín as a place for doing business

How attractive is Medellín for new businesses?

Medellín is Colombia’s second-largest city and its contribution is around 11% of the national GDP, according to the Green Cities Index. World Bank’s Ease of Doing Business sub-national economy rankings showed that Medellín is the 4th best place to do business in Colombia. The complexity of paying taxes and dealing with construction permits is what seems to be making entrepreneurship difficult in Medellín.

How much emphasis is Medellín putting on innovation to advance the city’s progress?

The Urban Land Institute elected Medellín the world’s most innovative city in 2013, leaving behind it New York and Tel Aviv. This prize was given to Medellín thanks to its participatory politics and its urban renewal projects that brought cable cars and electric stairs to some of the city’s poorest areas.

In the Global Innovation Cities™ Index 2019, Medellín did not score as high – positioned 138th among the 500 cities that formed part of the study. Medellín’s one-time recognition as a center of innovation might not be enough to keep the city’s reputation high.

How attractive is Medellín for digital nomads?

Medellín is one of the best digital nomad destinations in South America, according to Nomad List. The city scores very well in some categories, average in others and not very good in some. For example, Medellín is considered very walkable and affordable, but at the same time, it is considered unsafe, with bad air quality. Average performance in areas such as quality of life overall and female-friendliness.

In addition – especially interesting for digital nomads – the city’s Internet speed is considered fairly slow. Just like Colombia in general – according to the Digital Life Abroad report – cashless payments are not common. The same source ranks the country only 39th (out of 68 countries) for high-speed Internet at home. Still, Medellín is one of the better performing South American cities.

Is Medellín a green city?

Medellín’s ranking in the Latin American Green Cities Index is average in aspects such as air quality and sanitation, thanks to heavy investments in water treatment in the last 15 years. The results are below average in terms of land use, waste, energy, and CO2. This performance is mainly due to the large amount of electricity consumed by the city, compared to its economic output.

The report brings out that, compared to cities in the lower income range, Medellín has the longest public transport network, the best rate of wastewater treatment, and the highest percentage of people with access to sanitation. All this contributes to Medellín becoming a greener city.

Enjoyed our summary of global rankings and indices on Medellín’s economic performance, its sustainability, attractiveness for digital nomads, brand strength and reputation? Thanks for sharing!