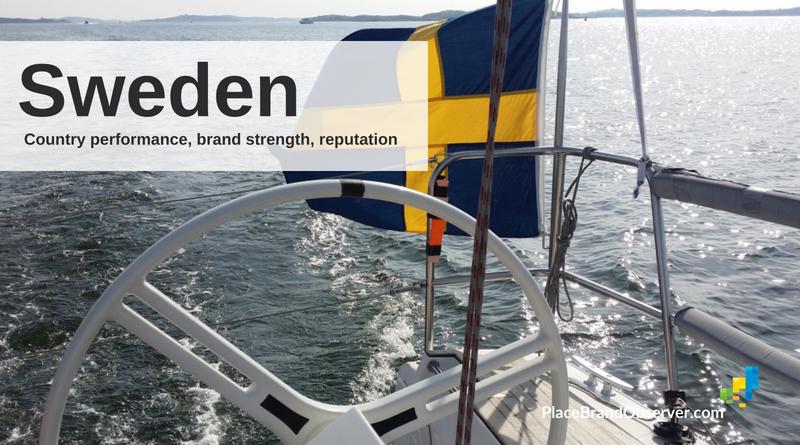 Sweden: how does the Nordic country that has more than half of its territory covered with forest land, perform in global rankings that measure environmental sustainability and economic competitiveness? How easy is it to start a business in this EU-country that has maintained its own currency? What about Sweden’s reputation as a nation brand? Has the country’s political neutrality in international conflicts contributed to its global reputation? Answers in this summary of global reports, studies and rankings on Sweden’s country performance, brand image and reputation.

How attractive is Sweden for starting a new business?

Sweden’s performance in this year’s Ease of Doing Business ranking is quite remarkable: despite being a small economy, it takes 10th position. This is three positions ahead of its smaller neighbour, Finland, and only two rankings lower than Norway. Compared to results a decade ago, Sweden has climbed up the ranking by four positions.

According to this study, the easiest procedures in doing business in Sweden are getting electricity (6th) and registering property (9th). Getting credit (77th), on the other hand, proves to be somewhat more complicated.

Sweden’s performance in the Global Competitiveness Index is even better: it ranks 7th in the 2017-18 edition. Here, Sweden stands out for its macroeconomic environment (4th), technological readiness (5th), business sophistication (6th) and innovation (7th). The country only ranks below the top-20 in the sub-index of market size (40th), due to its relatively small population of a little less than 10 million inhabitants.

Despite its outstanding position in the Global Competitiveness Index, the current ranking is the lowest Sweden has had in the past years. Compared to results back in 2008, the country has descended by three positions over the decade, allowing Germany, the Netherlands and Singapore to get ahead of the Scandinavian nation.

In terms of transparency, Sweden ranks 6th in the 2017 Corruption Perceptions Index, sharing the score with Singapore. Among Scandinavian countries, Sweden is the lowest-ranking nation in terms of corruption perception: Norway, Finland and Denmark are all positioned ahead of it.

The country performs consistently well across all six pillars, belonging to the top 15 of each of them. Sweden excels at retaining talent (4th) and has strong formal education and excellent access to lifelong learning (7th). With that, the country can count on a well-balanced pool of both vocational and technical skills (11th) and global knowledge skills (8th).

How strong is digital demand for Sweden and how much soft power does it have?

Sweden ranks a strong and stable 9th position in the Global Soft Power Index 2020 edition, according to Brand Finance. The country’s greatest contributor in terms of sub ranking is business & trade, followed by governance and culture & heritage respectively. Sweden’s overall score for reputation is among the top performers in all the index.

Sweden has improved its overall performance in Bloom Consulting‘s latest Digital Country Index by nine positions, ranking 23rd in the 2017 study. Here, Sweden’s strongest pillars are prominence (12th) and talent (18th). Investment (32nd), exports (35th) and tourism (45th) all position Sweden lower in this study that looks into the digital demand of countries.

Is Sweden an example of environmental sustainability?

Yes, with its 5th position in the latest Environmental Performance Index, Sweden stands out as a model of sustainable measures.

Its performance is most remarkable in the treatment of heavy metals, where it is the global leader of the sub-index, and climate and energy, where it ranks 3rd. However, with about 65% of its territory being forest land, Sweden’s score on the sub-index of forests is very low (126th), probably explained by its role as one of the world’s largest exporters of pulp, paper and sawn timber.

Sweden positions 6th in the category of environmental sustainability in WEF’s 2017 Travel and Tourism Competitiveness index. Here, the country’s strongest performing pillars are the ratification of the environmental treaty (1st), stringency of environmental regulations (2nd) and their enforcement (4nd). Once again, the percentage of forest cover change gets a more critical evaluation, leaving Sweden on position 111th in this sub-index.

What makes Sweden a good place for living?

Sweden ranks above the OECD average in all the dimensions of the 2017 Better Life Index, including environmental quality, education and skills, work-life balance and social connections.

As an important sign of well-being, only 1% of employees work very long hours in Sweden, compared to the OECD average of 13%.

Sweden’s overall well-being is confirmed by the 2018 World Happiness Report. Here, it ranks 9th in the study that measures the happiness of those born in Sweden and even one position higher for the residents not originally born in Sweden. It also figures as the 8th most-accepting country for migrants.

The Happy Planet Index which is focused on the environmental factors of well-being, has a more negative outlook on the performance of Sweden, ranking it 61st in the 2017 study. This is mainly due to its big ecological footprint, which leaves Sweden in the very bottom of the index, ranking 132nd out of 140.

On the contrary, the country scores very high in the other three sub-indices, ranking 3rd on inequality, 4th on well-being and 9th on life expectancy.

Sweden as a good country

How does Sweden score on studies that focus on a country’s contribution to global well-being and peace?

Sweden also scores well on the Good Country index, where it ranks 6th in the latest study. Here, Sweden is the global leader in health and well-being, also scoring in the top-5 for prosperity and equality (3rd), world order (4th) and culture (5th). However, despite its neutrality in international conflicts, Sweden’s contribution to international peace and security (64th) is more questionable, being a major arms supplier.

While scoring 5th on societal safety and security domain in the 2017 Global Peace Index, Sweden shows a strong contrast with its low ranking in the domain of militarization, once again referring to its contribution to arms sales. Internally, Sweden has a low economic cost of violence (as % of GDP), positioning it 128th in this dimension.

How well does Sweden perform in studies on nation brand value and international reputation?

Sweden also fell two rankings in the 2017 Country RepTrak, losing its leading position as the most reputable country in the world in 2016. Nevertheless, the reputation of Sweden is still very strong in all three dimensions that the study focuses on. Coinciding with the results of the Soft Power Index, Sweden stands strong for its effective government, being the global leader here. It is also seen as the 2nd most advanced economy and 4th most reputable country for its generally appealing environment.

Enjoyed our summary of global rankings and indices on Sweden’s economic performance, its sustainability, attractiveness for digital nomads, brand strength and reputation? Thanks for sharing! 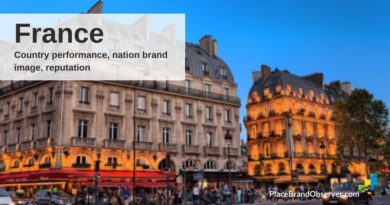 31 May 2018 The Editorial Team Comments Off on France Country Performance, Economic Competitiveness, Brand Image and Reputation 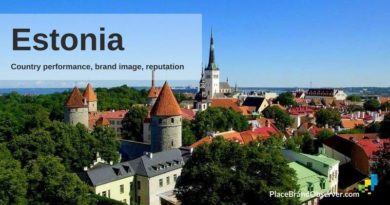 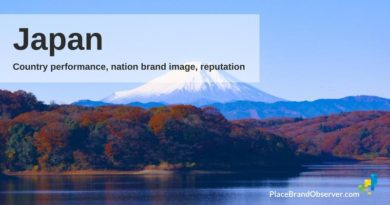 4 May 2018 The Editorial Team Comments Off on Japan Country Performance, Nation Brand Image and Reputation