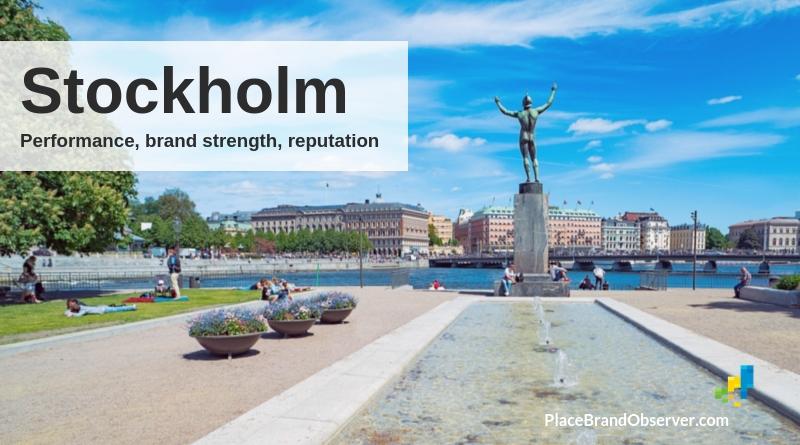 Stockholm, the capital of Sweden, is the biggest Nordic city with almost 1 million inhabitants. Well known for its architecture and the annual ceremony of the Nobel Prizes, Stockholm is also one of the economic powerhouses of Scandinavia.

But how is Stockholm performing in terms of city reputation and influence, business attractiveness and sustainability?

Is Stockholm a good place to live and work?

According to the 2018 Sustainable Cities Index Stockholm (placed 2nd overall) ranks 1st in the Planet category. This is based on Stockholm’s performance in areas such as energy, water and sanitation, and waste management. The city’s strong environmental performance is reflected in the Global Power City Index, which puts Stockholm 2nd in the category Environment (including greenhouse gas emissions and water quality).

In addition to its strong environmental performance, Stockholm also scores highly for social issues such as income equality and education (5th position). Those living in Stockholm find themselves in the 3rd safest city in Europe – after Amsterdam and Copenhagen – to be the 12th safest city in the world, according to The Economist’s Safe Cities Index. This study takes into consideration things such as deaths caused by accidents and terrorism.

An area where Stockholm did not end up in the top 5 is health. The latest Healthiest City Index ranks Stockholm only 12th, faring less well than neighbouring capital cities Oslo and Helsinki.

Stockholm: how attractive for digital nomads?

Stockholm is included in the Digital Nomad Index by Spotahome. This index ranks 56 cities according to their digital performance. Sweden’s capital is ranked 33rd. In most categories, the city is ranked somewhere in the middle and it is not represented in any category in the bottom 10 cities.

The three categories in which Stockholm performs worst are living expenses (in this case indicated by the average cost of a beer (45th), annual sunshine hours (37th) and the average rental cost for a 1-bedroom apartment (35th).

That said, Stockholm does better than nearby capital cities Copenhagen, Helsinki, and Oslo. The city’s mediocre position in digital issues is symbolic of the country’s overall performance in this category: Sweden is ranked 11th in the Digital Life Abroad report.

According to the Sustainable Cities Index, Stockholm is the 11th best city for business, to gain from tourism and to find employment. Purchasing power is strong in comparison with other European capitals. The city is also performing well in terms of being an innovation economy. The Innovation Cities™ Index 2019: Global index ranks Stockholm the 9th most innovative city of Europe.

As a financial centre, Stockholm’s position has been declining. The city’s 46th position in the Global Financial Centres Index 26 means a jump in 9 spots since the previous edition.

Stockholm is ranked fifth on the 2018 list of most reputable cities, according to the Reputation Institute’s City RepTrak study. It is one of the few cities also to appear in last year’s top 10. This index lists cities according to their economic performance, their environmental progress and their efficiency of government.

Not only is Stockholm a city with strong reputation, but it can also be considered a powerful city. The city ranks 11th in the Global Power City Index 2019, meaning the 14th best city to attract people, capital and enterprise. Stockholm has slipped three spots from the 11th overall position from the study’s previous edition and also its economic performance (from 11th to 13th). The city is in the top 10 with respect to Livability and Environment.

Enjoyed our summary of global rankings and indices on Stockholm’s economic performance, its sustainability, attractiveness for digital nomads, brand strength and reputation? Thanks for sharing!