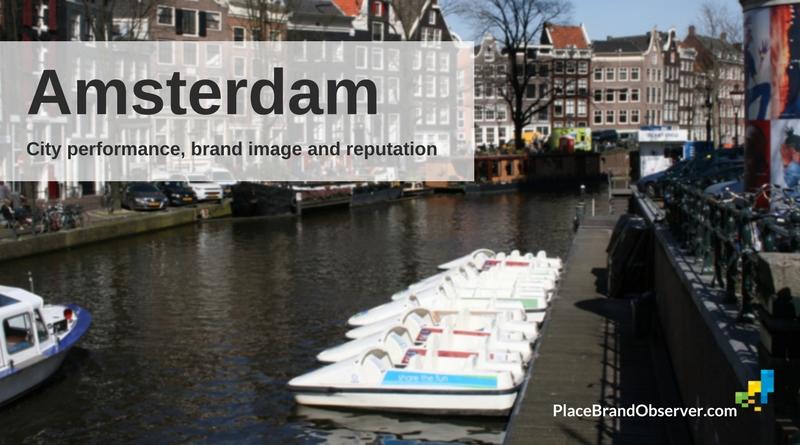 Amsterdam, the capital of the Netherlands, has a long history of commerce and entrepreneurship. It has also long been a favorite among visitors of all ages. So much so that from 2018 on, inner-city hotels will have to charge an additional tourist tax which will be invested in improving the city’s facilities and quality of life for residents.

Apart from being one of Europe’s most popular city destinations, how is Amsterdam doing according to international rankings that measure sustainability, innovation, global influence and other aspects linked to its reputation?

How well is Amsterdam doing according to sustainability rankings?

Amsterdam ranks 12th in the 2018 Arcadis Sustainable Cities Index. This ranking is based on three pillars: people, planet, and profit. Amsterdam does best in the people sub-index, where it ranks 8th. Profitability (17th) and contribution to the planet’s well-being (16th) are evaluated lower. The Sustainable Cities Index praises Amsterdam’s innovative ecosystem, which creates synergies between inhabitants, public organizations, schools, and businesses.

Amsterdam takes the fifth position in the overall ranking of the Green City Index. Its best score is in waste and land use and water quality and consumption, where it leads the ranking which includes 30 cities.

Both the Digital Nomad Index and the Nomad List stress the fact that Amsterdam is an expensive city to live in. This is arguably a substantial factor upon deciding whether or not to live as a digital nomad in Amsterdam. The index ranks the city only 47th (out of 56 cities) concerning the affordability of having a one-bedroom apartment.

Besides the costs, the city’s cafés often offer free WiFi (2nd best worldwide, according to the index) and when living in Amsterdam most administrative/government services can be done online. The Netherlands, in general, is ranked 9th for such services (Digital Life Abroad).

Is Amsterdam investing in its innovation infrastructure?

In 2016, Amsterdam was given the European Innovation Capital award in recognition of its approach to innovation related to four basic areas of urban life: governance, economics, social inclusion, and quality of life.

Amsterdam’s performance as an innovation hub has deteriorated importantly according to the Innovation Cities™ Index 2019 report where it ranks 30th. This is twelve positions lower than last year and makes it the eighth best-ranking European city in terms of innovation.

The global influence of Amsterdam

How influential is Amsterdam in the global scenario?

Amsterdam ranked 20th in ATKearney’s 2019 Global Cities report and 6th in the Eurasian region. This study considers Amsterdam a leader in freedom of expression.

The Global Power City Index 2019 gives Amsterdam a much more favorable position, ranking it 6th among the 48 cities that were part of the study. Throughout 10 years, Amsterdam’s performance has been very stable, and its ranking has never fallen below the 9th position (in 2011, 2015, and 2018).

Currently, Amsterdam’s strongest pillar is Livability (2nd), and the weakest dimension is Research and Development (19th), where aspects such as academic resources, research environment, and innovation are evaluated.

How dynamic and inspirational is Amsterdam?

Amsterdam ranked in 5th place in the Dynamic Cities 2019 index, which evaluates 40 of the most dynamic cities in Europe. The ranking is based on six categories: investment, innovation, inspiration, inclusion, interconnection, and infrastructure. Amsterdam scored especially high in the dimension of inspiration, where aspects such as the arts sector strengths and parks and cafes were evaluated.

Amsterdam’s ranking in the 2020 World’s Best Cities report is 15th. Scoring 6 among European cities, Amsterdam’s strongest aspects are Product (12th) and Programming (16th), while Prosperity positions the Dutch capital 57th in the world.

Culture and creativity in Amsterdam

How outstanding is Amsterdam for its cultural opportunities?

According to the Cultural and Creative Cities Monitor: 2019 Edition, Amsterdam is ranked 6th in the XL group (cities with 500k – 1 million inhabitants). It is a city where 58.42% of the local population live within 2 km from the closest cultural venue and ranks 29th among the 40 European cities analyzed, with Paris in the 1st place.

What is the current performance of the city brand Amsterdam?

The 2017 Anholt-Gfk City Brands index gave Amsterdam a strong 8th position in its ranking, continuing in the same position since 2015. Amsterdam performs especially well (3rd) for its people (friendliness, cultural diversity, safety) and for affordable accommodation and high standard of public amenities.

In the 2018 City RepTrak® index, Amsterdam ranked 22nd. As detailed in the 2017 report, its highest position (5th) was given for aspects that have to do with visiting the city. Other dimensions that scored well are investment (6th) and livability (7th).

Ipsos Top Cities ranked Amsterdam 8th in its 2017 EU countries index. The survey polled the opinions of people across 26 countries who weighed in on their favourite cities to visit, live and do business in. Globally, Amsterdam ranked 10th among the 60 cities that were evaluated in the study. This result is four positions higher than in the 2013 study.

Enjoyed our summary of global rankings and indices on Amsterdam’s economic performance, its sustainability, attractiveness for digital nomads, brand strength and reputation? Thanks for sharing!