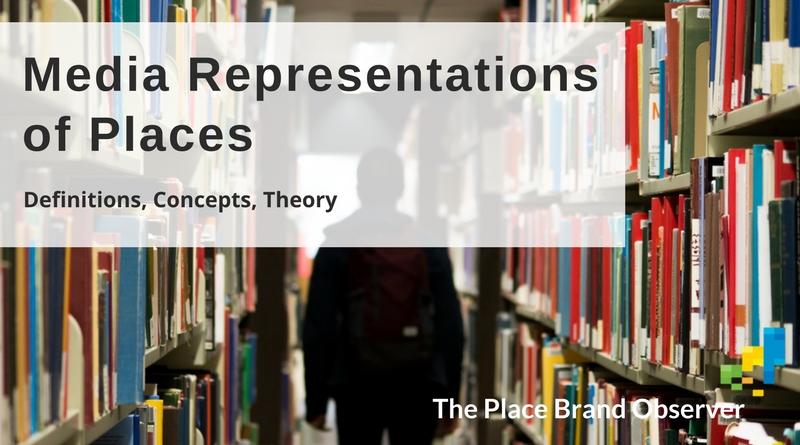 To what extent and how do the media – press, broadcasting or social – influence our perceptions of places and brands, and as such their image and reputation? With what consequences?

Media representations of places – why care?

Media representations play a crucial role in the place image context. Perceptions of places, including countries or tourist destinations, are influenced by the ways in which they are represented by the media (Boisen et al., 2011).

While images are constructed and communicated through multiple channels, including direct experience, word-of-mouth and audio-visual media (Hudson & Brent-Ritchie, 2006), the mass media are one of the main means by which information is disseminated (Anholt, 2010).

The media play “a major part in informing consumers’ images of destinations…either directly in terms of being read, heard or watched, or indirectly through the advice given by friends, relatives and other sources.” (Hall, 2002, pp. 458-459)

In this regard, the media also function as a primary source for stereotypes and images associated with distant places (Dahlgren & Chakrapani, 1982; Gold, 1994). Media reporting can also turn remotely located places into areas of possible concern for people living thousands of kilometers away (Chouliaraki, 2006; Cottle, 2009a, 2009b).

Yet, the ability of places to become known through the media is limited by the tendency of the media in many countries to exclude peripheral regions (Avraham, 2003; Lahav & Avraham, 2008).

Amount and nature of media coverage of places

Regarding the amount and nature of media coverage of places, Avraham and Ketter (2008, p. 30; see also Avraham, 2000) – drawing on Manheim and Albritton (1984) – have proposed that places either:

Carroll and McCombs (2003) offer some guiding principles that help understand the influence of news coverage on (corporate) reputation:

Although those principles were developed with business organizations in mind, they can be considered equally valid for understanding the significance of media reputation for place or national brands. In both situations, brand managers are, at the best, outsiders listening in, if not completely disconnected from such conversations (Humlen, 2012).

Controlling media-constructed reputation of a place is difficult, if not impossible (Murphy, 2010). The reputation an organisation or place enjoys in the media develops over time through a complex social process (Deephouse, 2000, p. 1098); it is constantly challenged and evolving (Murphy, 2010).

Apart from media representations of places being subject to sociopolitical influences beyond the immediate control of places, they also cannot entirely control editorial decisions or other news making characteristics (Avraham & Ketter, 2008).

This is not to say that a place’s reputation (coverage) in the media shouldn’t be closely monitored. Quite the contrary:

Isolated negatives in media coverage should not be dismissed as irrelevant, as “these dissonances may signal nascent patterns that, when they become obvious, may have assumed an immovable logic of their own” (Murphy, 2010, p. 233).

Deephouse, D.L. (2000). Media reputation as a strategic resource: An integration of mass communication and resource-based theories. Journal of Management, 26(6), 1091-1112.

Humlen, A. (2012). Why ‘humanizing’ brands begins with a state of mind. Emotional Branding Alliance Blog.  Retrieved March 19th, 2012, from http://www.socialvoicebranding.com/why-humanizing-brands-begins-with-a-state-of-mind/

Know of a new author or perspective on media representations of places? Help us help us develop this page further and in exchange benefit from free access to our premium content: get in touch for details.