Philip Kotler on Place Marketing, Branding and Why We Need to Rethink Capitalism 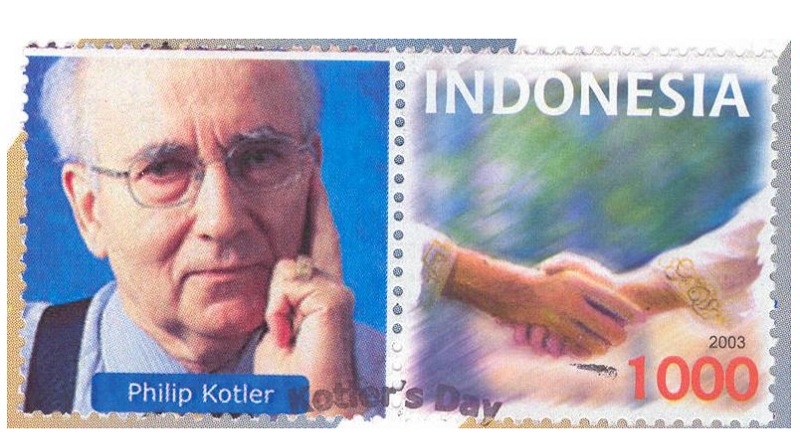 Most of us know Philip Kotler as the father of modern marketing. His groundbreaking book with Donald Haider and Irving Rein titled Marketing Places (first published 1993), has long been a must read for those in charge of city and destination marketing.

His latest book Confronting Capitalism on the shortcomings of capitalism (and how to overcome them) is well worth a read, especially since it is written by a leading marketing scholar.

In this interview, Philip Kotler – who despite his 83 years doesn’t tire traveling the world – shares his thoughts on place brands and marketing, and looks back on his distinguished career.

Philip, do you remember the first time you thought about marketing in connection with places, such as cities?

I traveled alone to Europe for the first time when I was 18. When I mentioned that I came from Chicago, the first remark was “Al Capone.” People in Italy, Germany, France, and other places knew the city from its gangster days. Yet other Europeans who had visited Chicago said how surprised and exciting they found the city to be.

Clearly, any well-known city will have some central images from the city’s history, or local newspapers, or dynamic individuals. I drew from this experience that most cities do little to manage their image or try to construct a new and better one.

How has your view on the marketing of places changed over the years?

Originally, I thought that a city that wants more attention has to collect the images that others have of that city, find the best elements, put them together into a strong brand concept and value proposition, and use the concept creatively in visitor brochures, talks to investors, and in the media.

Later I realized that many cities lack a positive image among their own citizens and residents. Even worse, many citizens are not friendly to visitors who shop in their stores or visit the few sights that people might want to see in the city.

I began to think that the problem is not so much to brand the city, but to make the city into a better city, a cleaner city, a more caring city – a city with some interesting things to see and do.

Fifteen years ago I was invited to speak in Bilbao, Spain. The city had been strong in the 1920s but eventually became somewhat forgotten given the glamor of Madrid, Barcelona, Toledo, and Seville. I spoke to a group of 500 Bilbao citizens on how to attract more visitors. My first remark was that the city needed an interesting feature, a building or monument, sort of an “Eiffel Tower.”

I went on to say that Bilbao might build a fantastic museum. The audience said that they don’t own the quality of art that is found in Madrid and Barcelona. I replied that they should make the museum the work of art, not its contents.

I left and soon after I heard that the city hired the fabulous architect Frank Geary. His museum was so astonishing that people added Bilbao to their list of cities to visit in Spain. Chartered flights from Japan and elsewhere flew tourists to see Bilbao.

A city should not market itself as it is, but go further and add more attractions and get its people to make the city a better and prouder city.

What is place marketing about?

Place marketing is a philosophy and skill set dedicated to market and improve a place and develop a core image that can attract visitors, residents, industries and companies, whatever the object may be.

There are tens of thousands of places on the earth with human habitation. Each survives on self-production and trade. Some places are huge and we call them mega-cities (over 10 million people), such as Beijing, Tokyo, Mexico City. There are many cities with populations from 5 to 10 million and 1 to 5 million people, and many smaller cities.

Each city needs to plan for its growth and prosperity. Normally this is done by the current political leaders, as well as the “city fathers.” Increasingly cities are turning to various experts such as urban planners, place marketers, and others.

Place marketing itself has grown with a number of experts in different parts of the world.

What motivated you to write your recent book on Confronting Capitalism?

Capitalism is an economic system that is great at producing an abundance of goods – cars, TV sets, blue jeans, brands of food and wine, etc. – but not as good in producing sufficient incomes for its citizens are attain a good standard of living.

The poor remain poor, the working class is paid less than a living wage, the middle class is shrinking, and the only winners seem to be the rich and super-rich who continue to grow their income. Something is wrong.

Yet I prefer Capitalism to any other system (socialism, communism, fascism) but I hope to see Capitalism can perform better for more of its citizens.

I identified 14 shortcomings of Capitalism, and I wrote a chapter about each, including why that shortcoming exists and what proposals could improve things.

Among the shortcomings I discuss are the persistence of poverty, the growing income inequality, the impact of automation on jobs, industry’s harm to the environment, the business cycle and frequent recessions, the emphasis of greed rather than community building, and other issues.

The book’s 250 pages offer a very readable account of current economic issues that will change many people’s minds about a lot of things. Confronting Capitalism has already received many 5 star reviews on Amazon and great book reviews in the Financial Times and the Los Angeles Times.

What are the implications of our failing current capitalist system for place marketers and economic development professionals?

Cities need to generate and grow their income independently of what they can get from their state and the federal government. Each city needs to appoint a group of “city fathers” who care greatly about the future of their city, who help lay future plans and raise the necessary funds.

Cities need to pay attention to the growing interest in “smart cities” that are digitally wired and educate their citizens in the newer technologies for making cities work better for more people.

How important is the marketing of places in the 21st century? Should cities or countries be marketed at all?

Cities, states and nations are engaged in marketing. The question is whether they do this consciously and efficiently.

Too many places have no vision or very poor plans to improve their place’s reality as well as image. That’s why there is a growing role for skilled place marketers.

In all these cases, we drew lessons from successful cities and also from those that failed to improve themselves.

Your thoughts on the Good Country Index by Simon Anholt and Robert Govers?

I was much impressed by Simon Anholt when he launched the Place Branding and Public Diplomacy Journal that carried sophisticated studies of different marketed places.

I like his Good Country Index as an interesting attempt to evaluate how much different countries contribute to the planet’s health and well-being. I wasn’t surprised that in the 2014 index, Ireland, Finland and Switzerland scored 1, 2, and 3. But I was surprised that the U.S. ranked as low as 21.

Your thoughts on place marketing as academic discipline?

A place marketer has to be highly trained in the social sciences and social research.

How did you end up on an Indonesian postage stamp?

I had spoken in Jakarta and Bali a number of times to help their business people improve their understanding and use of marketing and economics. And today, Indonesia is experiencing good growth, although I can’t take credit for this.

My Indonesian colleague and friend, Hermawan Kartajaya, CEO of MarkPlus, a major research and training firm, and I arranged for the building of the world’s first Museum of Marketing in Bali, to give visitors a chance to understand how marketing helps build great products, great ads, great promotions, great sales forces, and so on.

Your thoughts on The Place Brand Observer?

I am impressed with the work of The Place Brand Observer to bring more attention to the field of Place Marketing and Place Branding.  It is the best organization for bringing together place branding thinkers, shakers and doers – researchers and professionals and letting them engage in improving the theory and practice of Place Marketing.

Enjoyed our interview with Philip Kotler on place marketing and place branding? Spread the word!