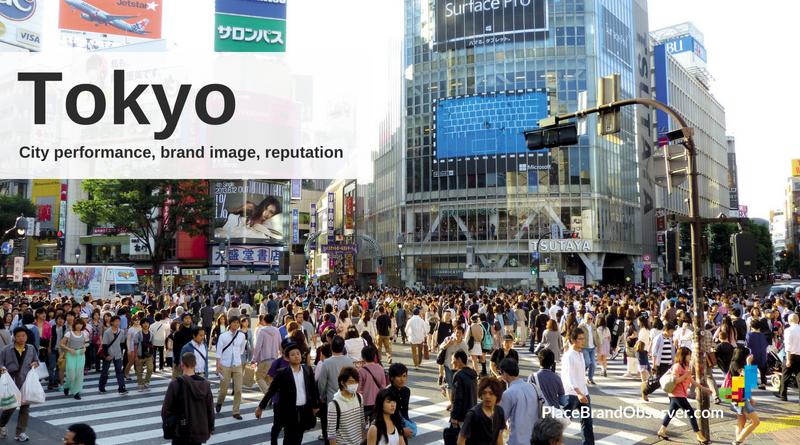 Tokyo, together with the Greater Tokyo Area, is the most populous metropolitan area in the world with 39 million residents. A capital city since 1869, Tokyo has extensive economic, political and social power in the Asian region. But how is the Japanese metropolis performing in global rankings that measure the competitiveness of cities in terms of reputation and influence, business attractiveness and sustainability?

Positioned 3rd in the 2019 Global Power City Index, Tokyo is the highest-ranking Asian city, ahead of Singapore (5th), Seoul (7th), and Hong Kong (9th). This is Tokyo’s best ranking so far in this study on the global power of cities. The city performs especially well in research and development (3rd), economy and cultural interaction (4th) and accessibility (8th), while livability (11th) and environment (23rd) rank somewhat lower.

Tokyo is most appreciated by visitors who consider it 3rd in their list of preferences and so do residents (5th).

Positioned 1st in the 2018 City RepTrak®, Tokyo rose eleven spots from last year to become the most reputable city in the world. It scores especially well for effective governance and for providing a safe environment for its residents.

Tokyo is also the regional leader in Anholt-GfK’s City Brands Index (2017), where it drew a tie for 11th position with Vancouver.

Tokyo ranks 5th position in the Ipsos Top Cities Index (2017), a study that asked people in 26 countries worldwide which city they felt were best to live in, do business in, and visit. Here, Tokyo proves to be especially popular among younger people, as Generation Z (3rd) and Millenials (5th) where the ones to position it highest in their list of preferences.

Resonance Consultancy’s World’s Best Cities Report ranks Tokyo 4th in its 2020 index. Its performance is also very outstanding in Programming and Prosperity (both 3rd) followed by Place (5th) and Product (6th). However, its score in Promotion (31st) and people (130th) is a great deal lower.

In terms of living expenses, Tokyo ranks 2nd in the 2019 Mercer Cost of Living Survey, which means that, after Hong Kong, it is the most expensive city in the world for expats.

The high cost of living might scare some away, but it’s probably one of the reasons why Tokyo was ranked as the safest city in the world in the 2019 Safe Cities Index. Here, it is the global leader in digital security and holds 2nd position in health security and 4th in personal security.

Tokyo ranks 33rd in the Arcadis Sustainable Cities Index (2018), a significant improvement from 45th in 2016. Here, it scores highest in the People category, ranking 11h, while Profit (28th) and Planet (63rd) receive a lower score.

The Green City Index (2012), which focused exclusively on environmental aspects, found Tokyo to perform above average in Asia. Its best performances are in the areas of water, energy, and CO2, thanks to highly efficient energy consumption and strong policies on energy use and climate change.

Tokyo ranks 2nd in the 2019 Innovation Cities™ Index that measures the potential of cities as an innovation economy. Tokyo has slipped by one position in this year’s ranking, while New York leads the ranking.

The Global Cities Index (2019), measuring the capacity of cities to disrupt through innovation, positioned Tokyo 4th, a ranking that the city has held on to since 2012. Here, Tokyo stood out in the category of human capital, thanks to its high percentage of residents with university degrees.

Tokyo’s ranking in the Global Talent Competitiveness Index (2019) is 19th, which makes it the fourth-strongest performer in Asia after Seoul, Taipei, and Singapore. The city’s capacity to invest in R&D and the presence of Forbes Global 2000 companies is especially strong, ranking 5th in this category.

Enjoyed our summary of global rankings and indices on Tokyo’s economic performance, its sustainability, attractiveness for digital nomads, brand strength and reputation? Thanks for sharing!