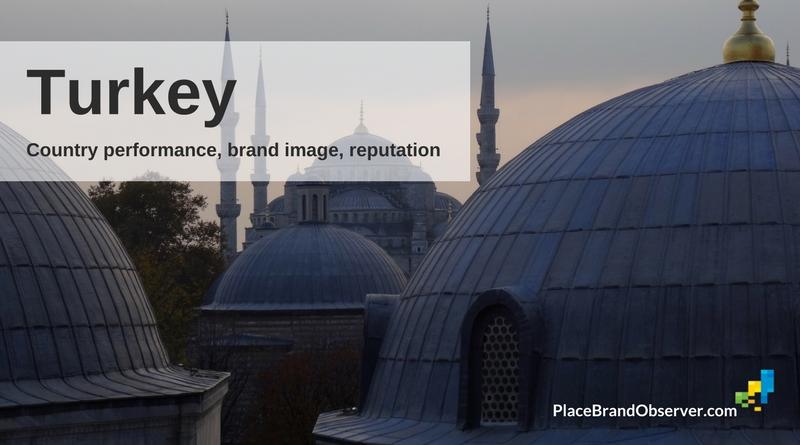 Turkey was, for a long time, one of the world’s leading countries in vacation tourism, attracting millions of visitors a year eager to discover the country’s fascinating history and beautiful beaches. Have recent years’ political instability and terror attacks had a negative influence on Turkey’s reputation and attractiveness? What do international rankings say about Turkey’s economic and environmental performance?

How easy is it to start a business in Turkey?

World Bank’s 2017 Ease of Doing Business Index, ranks Turkey as the 60th best country for doing business in terms of facilitating and promoting entrepreneurship. The country scores higher for protecting minority investors (20th), as well as for enforcing contracts (30th), but seems to have problems with resolving insolvency (139th).

During the last five years, Turkey has shown some improvement in its performance, as in 2012 it was ranked eleven positions lower, 71st.

In terms of competitiveness, Turkey’s performance isn’t great: ranking 53rd in WEF’s Global Competitiveness 2017-18 index. Here, its strongest pillar is market size (14th out of 137), although the efficiency of the labor market itself scores rather low (127th).

For reference, in 2008 the country was positioned 63rd in the ranking, whereas in 2012 it was ranked a remarkable twenty positions higher, 43rd.

How well is Turkey doing in terms of environmental and social sustainability?

Turkey is in the lower half of the Environmental Performance Index’ 2018 ranking, positioned 108th. This is nine positions lower than in the previous 2017 ranking. While other specific data is not available, Turkey is in the very end of the list in the dimension of biodiversity and habitat (172nd out of 180). According to the study, the country is currently in the midst of a conservation crisis, with only a small part of its biodiversity-rich land area and marine environment protected.

In the 2016 Happy Planet Index Turkey ranked 68th among 140 countries. Its strongest pillar is life expectancy (an average of 74.7 years), which positions it as 53rd in this ranking. Turkey’s weakest pillar is its ecological footprint (87th).

OECD’s Better Life Index 2017 points out that Turkey has made considerable progress in improving the quality of life of its citizens over the last two decades. However, in comparison to the 48 OECD countries, the country only performs well in a few measures of well-being.

Turkey ranks above average in civic engagement, demonstrated through very high rates of voter turnout. On the other hand, it scores below average in all the other indicators of the ranking, that go from income and wealth to health status and environmental quality.

WEF’s 2017 Travel and Tourism Competitiveness Report ranks Turkey 112th for its indicators of environmental sustainability. The overall ranking in this report is much higher (44th) though, especially thanks to good scores for air transport infrastructure and connectivity (14th) and tourist service infrastructures (42nd).

In 2015, the overall ranking was the same, even though environmental sustainability was ranked seventeen positions higher (95th) at that time.

What is the situation of democratic governance and participation in Turkey?

The Economist’s 2017 Democracy Index shows concerns about the persistence of political instability in Turkey after the failed coup in July 2016. All in all, the country is classified as a “hybrid democracy”, together with countries such as Iraq, Pakistan and Thailand, scoring between 4.0-4.9 out of 10 (which stands for full democracy).

The Soft Power Index, which lists 30 countries with the best abilities of encouraging collaboration and building networks, reincorporated Turkey in its 2017 list, re-entering at position 30 of the thirty countries with biggest soft power in the world.

According to the report, Turkey’s strengths lie in the “engagement” sub-index, where it performs “particularly well in development assistance, its willingness to resettle millions of refugees, and permanent missions to multilateral organizations”. The index also highlights the intelligent use that Turkey has made of Turkish Airlines, serving as a very strong brand ambassador.

How good is Turkey’s performance as Nation Brand?

In 2017 Turkey ranked rather high –24th—in the Nation Brands Index, two positions up from 2016. The estimated value of the nation brand in 2017 was 570bn US$, which is 20% more than the previous year. Brand Finance later ranks Turkey a still powerful 30th position according to their Global Soft Power Index 2020 measuring the nation brand’s strength to influence and shape others’ preference through appeal and attraction of culture, political values, and foreign policies.

In Bloom Consulting’s 2017 Digital Country Index Turkey is ranked 18th, showing little variation compared to the 2015 edition (17th). This ranking, which is based on globally made online requests, shows that the biggest volume of searches related to Turkey has to do with tourism (10th), exports (17th), while talent (35th) and prominence (37th) are less sought after in the online requests concerning Turkey.

Turkey ranks 38th in the latest Good Country Index. Its best (but not necessarily good) result is for the country’s contribution to improving world order (39th) and prosperity and equality (40th). Its performance of improving global well-being through culture (75th) and international peace and security (78th) is evaluated more critically.

In comparison to the first edition of the index, Turkey’s position has improved considerably, from 79th (in the version 1.0) to the current 38th position.

How is Turkey’s performance in attracting and retaining talent?

The Global Talent Competitiveness Index 2018 ranks Turkey 68th for its efforts of improving and retaining talent in the country. Turkey’s score is highest for global knowledge skills (47th) and lowest in the dimension of attracting talent (108th).

Enjoyed our summary of global rankings and indices on Turkey’s economic performance, its sustainability, attractiveness for digital nomads, brand strength and reputation? Thanks for sharing!

Share
Facebook
Twitter
Pinterest
WhatsApp
Previous articleBeyond Tacos and Burritos: How Circus Show LUZIA and Movie COCO Influence the Country Image of Mexico
Next articleTPBO Reader Satisfaction Survey: Our Strengths and Where We Can Improve
- Advertisement -