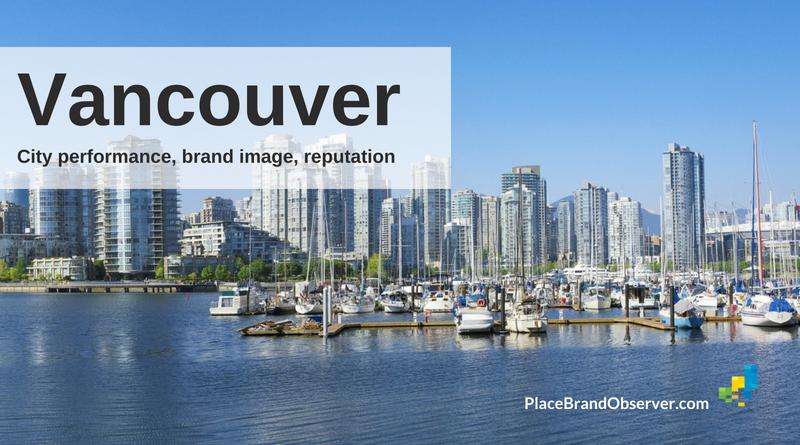 Vancouver, a coastal seaport in western Canada, is one of the most diverse cities in the country. A popular tourist destination and place to live, it is well-known for its scenery, climate, and friendly people. With a thriving economy, including its animation and film industry, it has also hosted a variety of international events, such as the 2010 Winter Olympics.

How is Vancouver performing in international rankings that measure the global power, business attractiveness and sustainability of cities, and their reputation?

Ranking 23rd in the Global Power City Index (2019), Vancouver is the 2nd best-placed city in Canada. The city received a high score for Liveability (4th) and Environment (10th), in both cases the best position of any North American city. It scored lower on Economy, R&D, and Cultural Interaction. Its weakest point: Accessibility, where it ranked 42nd.

The index also measures the attractiveness of cities for different audiences. Vancouver, according to the study, seems most attractive for global professionals (10th position), followed by, residents (21st), and visitors (38th).

Vancouver’s strong reputation with the 5th position in 2017 has taken a beating and now stands at the 16th position in the 2018 City RepTrak® study. The only North American cities in the top 15 before Vancouver are Montreal (10th) and Toronto (13th).

In its first year of being included in the Ipsos Top Cities Index (2017), Vancouver scored 26th overall. It shared the 3rd position (together with Abu Dhabi and Stockholm) as a city for living, and 11th (together with Vienna) as a city to visit.

In the Resonance World’s Best Cities Report (2020) Vancouver ranked 41st overall, while leading the list in the People category, mainly thanks to its diverse population.

Ranked 24th in the Global Financial Centres Index (2019), Vancouver has dropped five positions in its ranking since the study’s last edition. Also, Vancouver doesn’t make it to the top 15 cities while it previously ranked 13th for Investment Management, 14th for Insurance, and 15th for Professional Services.

The city ranks 112th in the 2019 Mercer Cost of Living Ranking, making Vancouver one of the more affordable cities in North America for expats.

With its overall ranking as 26th, Vancouver is the best placed North American city in the Arcadis Sustainable Cities Index (2018).

Contrary to many other cities, Vancouver scores better in the Profit sub-index (30th) than in the People sub-index (46th). Its best score (17th) is on the Planet sub-index.

The comparatively low score in the Profit category is mainly due to shortcomings in connectivity and economic development, according to the study.

The Green City Index (2012) which focuses exclusively on environmental aspects, ranked Vancouver 2nd on the list of U.S. and Canadian cities, right after San Francisco. This position is thanks to its strong commitment to reducing greenhouse gas emissions, which results in the lowest CO2 emissions per capita in the index, as well as the best air quality. The city also has targets for providing much more green spaces for its residents.

Although ranked 38th in the AT Kearney 2019 Global Cities Report (which studies the capacity of cities to disrupt through innovation), Vancouver’s potential for attracting and retaining talent, capital and ideas is higher, as illustrated by its 19th position in the category of “Global Cities Outlook”: a city’s future potential for innovation.

The high cost of living is one of the downsides of considering Vancouver as a destination for digital nomads, in addition to (lack of) sunshine hours (29th), according to the index.

The Digital Nomad List praises Vancouver for its racial tolerance, in addition to being very LGBT and women-friendly. The same list states that the cold winters and the high costs of the city make it more of a challenge for digital nomads. Despite being listed as one of the more affordable North American cities by Mercer, it is still an expensive city.

Internet speed is good and cashless payments are widespread in Vancouver.

Enjoyed our summary of global rankings and indices on Vancouver’s economic performance, its sustainability, attractiveness for digital nomads, brand strength and reputation? Thanks for sharing!