8 Things You Should Know About Nation Branding 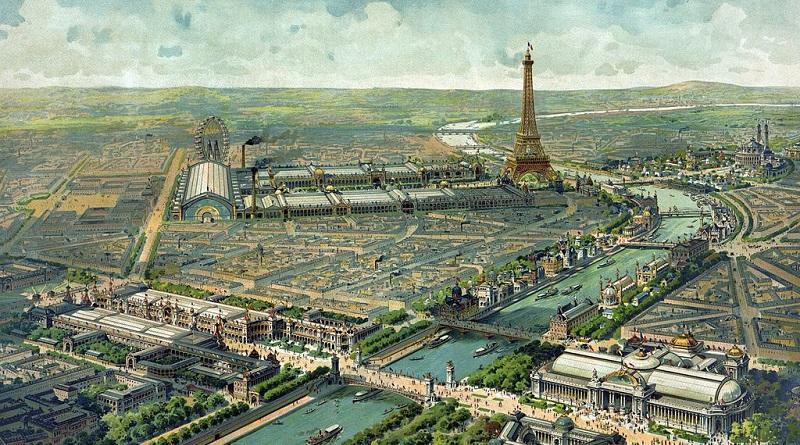 Nation branding is on the up in these global, turbulent times, and likely to grow in importance and influence. Endeavours to brand a nation, however, are also a very delicate task and one that requires a fair deal of knowledge of a specific place and its people, and tact. Jay Wang, Director of the USC Center for Public Diplomacy, offers some good advice on the nation branding concept.

8 things to keep in mind about nation branding

In his book Shaping China’s Global Imagination: Branding Nations at the World Expo (link below), Jay explores the idea of nation branding — what it is and how it works — through the instructive case of the Shanghai World Expo. As he argues, “despite the growing interest in how countries promote their national image, the potential and role of branding in a nation’s communication has often been assumed but not demonstrated.” His book thus reflects “an effort to provide conceptual clarity and empirical attention to this very issue.”

The following eight points are particularly important to keep in mind in the nation branding context, according to Jay Wang:

1. Storytelling as the foundation

Storytelling with mass appeal is the foundation of this kind of brand communication effort. Shaping perception through branding is less about making good arguments than sharing a compelling and relatable story about a nation’s image. Such storytelling needs to have a clear structure and order, and needs to engage the audience’s emotions. Research suggests that a focused, structured approach in storytelling works more effectively than a dispersed approach for an event like the World Expo.

Nation branding is not merely about selling a country or a cultural experience, but to demonstrate how the nation and its communication can enrich its audience’s lives. To tell an engaging story is to move away from being self-focused to embracing the possibility of co-creation of nation-brand meaning. Yet devising such strategies requires a deep understanding of the audience’s motivations and imaginations.

3. Strategic use of stereotypes

Given that stereotypes form the basis of our expectations in a communicative context, they should be productively harnessed to draw audience into the story rather than being uniformly jettisoned. Simply presenting the new and less familiar may alienate the audience, thus missing even the opportunity to make a connection, let alone creating any kind of resonance.

It is particularly noteworthy in situations where one wants to shed negative perceptions. On the other hand, much, if not most, of nation branding is about confirmation and reminding. National symbols are familiar representations and offer powerful mental shortcuts to the country. The association and connection established serve as points of departure for the nation to articulate its story.

4. The importance of surprise

It is crucial to provide delightful surprises that are thematically relevant. This is especially important for countries that enjoy high awareness and familiarity among their audiences. Ultimately any nation-branding effort is also an educational experience. It is for the audience to learn and appreciate something about other countries. Regardless of message focus and tailoring, there needs to be an element of surprise somewhere in presenting and delivering the experience or content. Without providing a spark in the minds of the audience, the communication may be viewed as mundanely familiar, thereby failing to command any attention or interest.

The production values of communication increasingly matter. This is a spill-over effect of the ever-rising expectations by the growing global middle class—young, urban, and tech-savvy—of quality visual presentations and multisensory experiences in other realms of communication. Sensory stimulation and spectacular production were crucial factors in effectively presenting a nation brand at the Expo. High-tech, high-quality production is usually a function of resources and know-how, which most likely give richer nations an edge over smaller, poorer ones.

The low-tech approach of human interaction can be equally engaging and powerful when done well. In the case of the Expo, the interaction between visitors and pavilion representatives is an important platform for nations to connect with their foreign audience in a personal way. The challenge is how to make such an approach scalable. This may not require a big budget, but could potentially deliver huge impact. Smaller players, in particular, should not overlook this approach.

7. A transnational production of nation brands

Keep in mind the transnational nature of the production of a nation brand in contemporary times. A World Expo pavilion is spearheaded by a national government. But its presentation is accomplished through a complex web of public-private and transnational partnerships. How to work effectively with multiple partners in a nation-branding endeavour becomes crucial and determines the outcome of the effort.

Finally, given the evolutionary nature of the branding process, a one-off, individualized nation-branding approach is of limited usefulness. As in general branding, nation brands need to be reinforced or revitalized over time. It therefore requires sustained attention and investment. Only in this way can managing a nation’s image become strategic rather than merely tactical.

Enjoyed this post on eight things to know about nation branding? Spread the word!