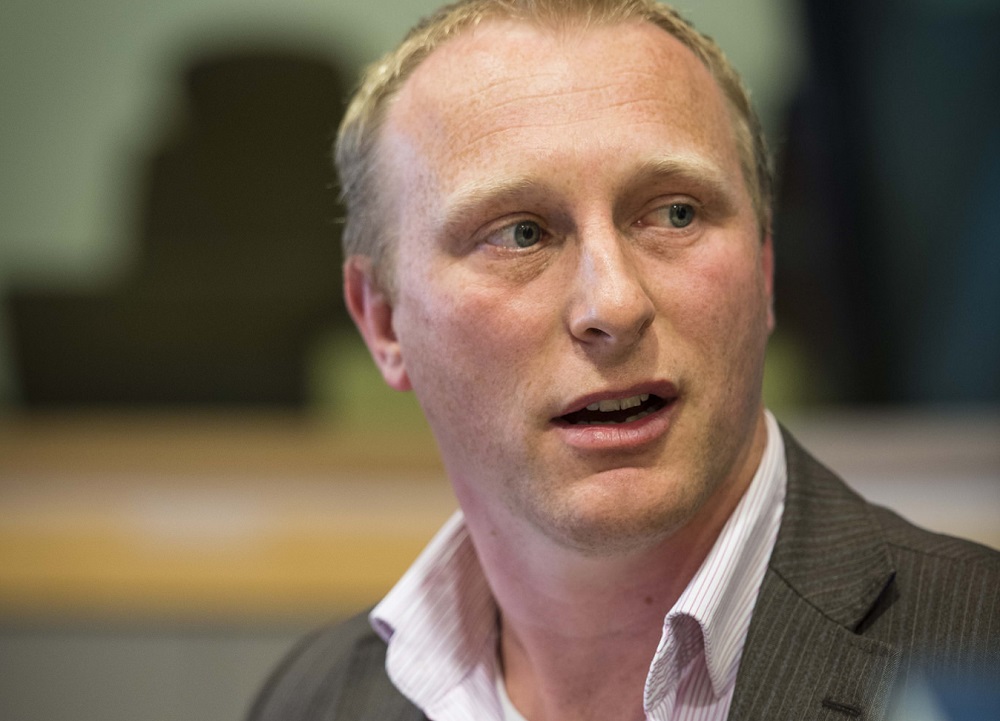 Ali Fisher, Principal Data Scientist at VORTEX (University of Vienna) and CPD Research Fellow at the USC Center on Public Diplomacy (University of Southern California), in this interview discusses big data, new networks and the resulting opportunities – and challenges – for public diplomacy professionals.

Dr Fisher offers insights into how the upcoming US elections might influence the country’s image, how countries can use strategic communication to project their desired image, and what the future of public diplomacy might look like.

Ali, how does country branding differ from nation branding and public diplomacy?

At a strategic level, whatever name you give to your specific approach, you are ultimately in the influence business. No matter the label you choose, the fundamental aspect when considering to develop a strategy is how to utilize the full range of “options for influence“, ranging from listening and facilitation to broadcast and direct messaging.

The label you use might narrow the range of available options to influence – it is important to be clear which approaches are implicitly (or explicitly) excluded by the chosen nomenclature.

To your mind, can public diplomacy bring results where traditional diplomacy seems to be unsuccessful?

There are examples where public diplomacy has contributed to success when other channels were unavailable or unsuccessful. However, given the complexity of the 21st century challenges and information ecosystems, my preference at a strategic level is to consider a smart approach, which could leverage a combination of traditional and public diplomacy approaches.

The United States presidential election is ahead, in November 2016. (How) do you think, in general, that this process and the results will affect the image of the USA?

A country’s leader is just one of many factors which can influence the country’s image. But elections can lay bare some of the realities of the American life in a way which those seeking to project a particular positive image of America would rather not highlight.

The question is: How to balance the realities of the lived experience of life in America with the strategic goals of foreign policy and a desire to promote freedom, democracy and a positive image of America abroad? This has been an important tension in American public diplomacy (and precursors under different names) since at least 1945. This tension has played out in various arenas, from re-education policy in occupied Germany, to the support for pro-American dissidents over elected governments, and the arming of an Afghan mujahidin fighting the Soviets.

Equally, US leaders often speak about ‘shared values’ in the international arena but election campaigns frequently witness candidates attempting to differentiate themselves on the basis of values. Numerous polls in this election cycle have highlighted the importance that voters place on finding a candidate who ‘shares my values’. Whoever eventually wins, it will be difficult to square the idea that America shares values with other nations, while the US President does not share values with a large section of the American electorate.

The potential in the era of big data comes not from drowning in a sea of data but navigating the most useful ways to derive insight and develop innovative strategies from that data. Data-Driven Diplomacy is about integrating meaningful data science into the existing diplomatic workflows.

On a practical level, Data-Driven Diplomacy entails finding ways to combine big data analysis and visualizations with a nuanced understanding of context and subject matter expertise, which is already central to diplomacy.

A successful integration of data science into diplomatic processes will create the opportunity to push the boundaries of what is imagined possible within 21st century public diplomacy. 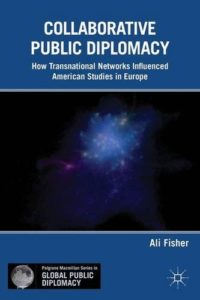 At the dawn of mass access to the internet some, including Douglas Rushkoff, foresaw that dissident groups would use technological innovation and the networks of our postmodern society in unconventional ways and toward subversive goals. That time has come.

Video footage of explosions resulting from IEDs [Improvised Explosive Devices] are captured via cameras intended for home movies. Equally, video sequences from the battlefield, edited into high quality, high definition movies are distributed via social media and file sharing platforms. The evolution in the way technology is used by adversaries requires public diplomats to find ways to improve their approaches. This does not mean forgetting traditional approaches to research and practice, but finding appropriate ways to integrate new opportunities.

Ultimately, it would be absurd to suggest that diplomacy should be conducted only on the basis of big data. However, it would be equally absurd to conduct public diplomacy without using big data when it is available.

You recently examined the online activity of ISIS. Which are your key insights on this topic? Is it possible to combat terrorism through Strategic Communication?

Research has shown the ‘media mujahidin’ – the supporters of jihadist groups who disseminate propaganda content online – have adopted a multi-platform strategy with system-wide emergent structures and collective behaviors. This approach, known as the ‘Swarmcast’, allows them to operate through a dispersed network, which constantly reconfigures, much like in the way a swarm of bees or flock of birds constantly get reorganized in mid-flight.

Broadly speaking, this content (and that of AQ fellow travelers) is intended to fulfill twin tasks; consolidating the mujaheddin vanguard and reach wider communities to ferment mass mobilization. Given these objectives, it should be possible to use Strategic Communication to challenge ISIS by making it harder for them to achieve their strategic goals.

However, this is only possible if based on a genuine collaboration. It will require subject matter experts and data specialists to work together to produce insight into the production and dissemination of content.

The next generation strategies must be able to challenge the net-war inspired, user curated Swarmcast, which has thus far ensured a persistent presence of Jihadist content online. However, Strategic Communication (and analogous approaches) can only be part of the response, just as audio-visual content production is only part of ISIS activity. 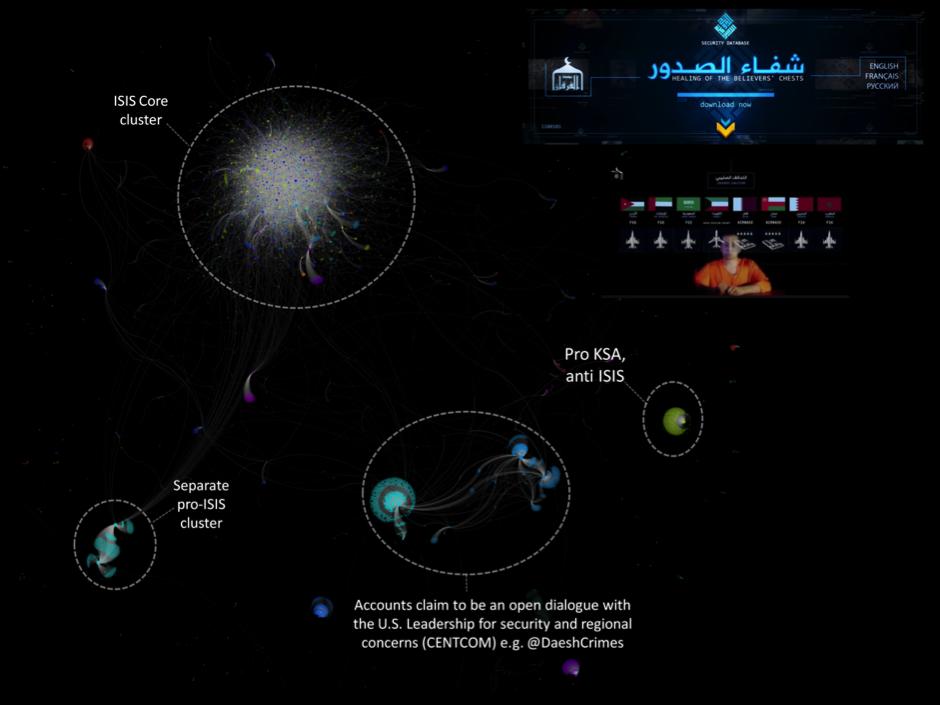 Which are your suggestions to a country that aims to improve international strategic communications and its public diplomacy, with the aim to build a positive image?

Define strategic objectives and consider the full range of options for influence when planning how to pursue those objectives.

Where focusing on a positive image is important to achieving those goals, focus on it. However, as mentioned earlier and discussed at length in my book, there are times that promoting a positive image can come into conflict with strategic policy objectives. At these points, it is important to recognize that conflict and make a clear decision on which element will be the focus of the public diplomacy activity.

In your view, what does the future of public diplomacy look like?

In recent years there have been many tactical advances, including using Twitter and YouTube or using paid advertising to get Facebook ‘likes’ and ‘fans’. This level of tactical innovation is likely to continue. However, public diplomacy is a relatively slow moving discipline and in practice the core concepts have evolved only moderately in the last few decades.

One area where more rapid change may occur is in the ‘network building’ projects. These projects have existed for a while, but have often been largely focused on participants as disconnected individuals. Network building emphasizes relational approaches and should be evaluated through analysis of the network which it is attempting to produce. There have been a few attempts to apply Social Network Analysis (SNA) to evaluate network building projects. These could easily be expanded to produce more sophisticated evaluation and use that insight to build new networks of influence.

Connect with Ali Fisher on LinkedIn.