In this guest post, Robert Hughes, project manager for Dublin city branding and the AT Brand Project, reflects on how city branding needs to change, and how the European Union-funded AT Brand Project helps to showcase and connect cities through a regional identity that reaches across national boundaries.

Innovation, Creativity, Vibrancy, Connectivity. What do these words have in common? Well they are the go to words in the city brand handbook. Along with the obligatory image of a river, a market or any other non descriptive image of a city, they are used throughout the world to define our cities.

Generic terms and images, logos and slogans: the big ‘no no’ of city branding

Generally we all use the same terminology, imagery and methods in describing our cities. Yet ironically in doing so we are losing the creativity and innovation which adorns our urban canvases.

Attributes which should be making a city stand out from the crowd and allow a distinctive position are being underutilized and not fulfilling their potential in building a true picture of a city. For me these terms and images are joining the logo and slogan as the big ‘no no’ of city branding.

City branding needs to change from generic to integrated

What must be realized here is that all cities inherently have the same traits: they blossom through the blend of ideas and people that flow through our streets. So why are we so quick to use these increasingly exhausted techniques or phrases to explain our cities?

At a recent workshop on city branding I heard an interesting comment; “Never give the keys to the city to the marketing people”. I am in agreement with this to a point. I am not saying we banish our marketing colleagues to the shadows of our cities, they play an important role in helping us define our message.

However, time and again we have seen numerous big budget campaigns impose an idea of a city, one which could be placed on top of any city around the world. These artificial ideals hold little or no resonance with the city, its people or any other potential stakeholder it is trying to entice. You can throw all the funding, slogans, generic terms at it you want it won’t work unless it captures the true essence of the city.

Cities are made of people and ideas

Personally, I think the two most important tools when defining our cities are that they are made of people and their ideas. What brings life to a city is its people and it is their ideas that mould and sculpt its identity. What flourishes from its people defines a city. The vibrancy, the culture, the hustle and bustle of a city’s streets they all revolve around its citizens.

Thus, rather than imposing a brand upon the bricks and mortar of a city we should let it speak for itself. Engage with its stakeholders; from business to universities to the ordinary citizen on street, allow them to tell their story. Adopt this position from the beginning and what will follow will be a true reflection of the living city which they inhabit.

By developing a city’s position in such an organic fashion we can develop an honest and credible message one which holds firm in the minds of its people and thus allows potential stakeholders a true representation of a particular city without the thinly veiled sales pitch.

At this point I would like to introduce the AT Brand project (www.atbrand.eu). Part funded through the EU’s Interreg IVB Atlantic Area programme, the project consists of seven partners including Dublin (Ireland), Liverpool (England), Cardiff (Wales), San Sebastian (Spain), LaRochelle (France), Faro (Portugal) and finally the Conference of Atlantic Arc Cities.

It began in 2014 and its main aim is to progress this idea of integrated city branding. We are looking to breathe new life into place branding, enhancing existing techniques and looking at new ways of explaining the true urban narratives and in doing so giving a real representation of our cities.

Core to this idea is the role of the stakeholder within the city. Rather than imposing an ideal of what a city is upon its population, we seek to work with these people from the outset to develop an inclusive representation of the city. Building strong stakeholder partnerships from the outset, we look to highlight the narratives which already define our cities. Combining these we can produce an encompassing message, one which is a true representation of our city.

Acknowledging that these groups are of strategic importance to the development of a city brand, it is crucial that what we develop must be representative of the mindset of the city’s population. In doing so, not only do we create a true picture of the city, but also we can build a strong platform to which our brand can be disseminated with natural brand ‘evangelists’ being created due to their connection with the message developed. The project is broken into a number of key activities.

How the AT Brand Project works

The project has a number of activities which allow for the development of an inclusive approach to city branding. Firstly, we have developed a cross learning approach (next workshop is in San Sebastian, 21-22 April) that allows partners and other outside groups to learn from each other’s experiences within this area. Our partners are at different levels of developing their messaging for their city. So this approach allows a sharing of important knowledge and experiences between all.

Secondly, we are seeking to enhance existing or develop new easily transferable methods in showcasing our cities narratives and improve our city’s position within the international sphere. At present some of the projects include developing brands via digital means, such as integrated websites and city apps to developing comprehensive integrated branding plans, which offer its city a comprehensive map to develop its brand. By the end of this project, we will have a comprehensive roadmap of integrated branding which will allow other cities an insight into best practice.

Finally, we are investigating the possibility of a co-strategy for the North Atlantic Façade of Europe. Can we find commonalities between cities within this group to bring together an overarching narrative for the region? It is an interesting aspect of the project especially with the diversity of cities within the group.

What can this co-strategy bring to the region? The possibility of such an approach can play a role in accentuating existing strengths within the region, while developing a concerted effort in developing a regional approach, which will allow greater co-operation between cities. Also, developing a region in this way will increase awareness of participating cities and the qualities they have within.

How Dublin city branding benefits from AT Brand Project

Dublin, like Ireland, is fortuitous in that it has a natural global presence due to a large Diaspora around the world and easily recognizable brands, such as St. Patrick’s Day, Guinness or James Joyce, that draw attention to the city. However, as competition increases around the world, we need to do more in highlighting our city.

For Dublin, the opportunity of being part of a regional co-branding strategy that encompasses the Atlantic coast has a number of beneficial possibilities. Taking from Nordic and Baltic strategies, the Atlantic strategy will seek to unearth commonalities and galvanize these to develop a strong partnership within the region.

Dublin benefits from stronger ties between cities and a strategy that can not only promote the region but increase the global position of each city involved. Although competitors, we see an opportunity to work with our partner cities to develop a relationship that can highlight each other’s strengths and overall be beneficial for the city. 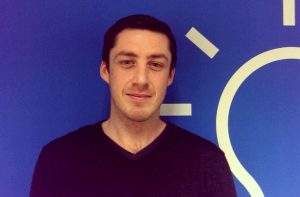 Robert Hughes is project manager at the Dublin City Council and responsible for the AT Brand and Dublin City Brand Projects. For more info about his work, visit his LinkedIn profile.

Did you enjoy this guest post on the AT Brand project and Dublin city branding? Spread the word!