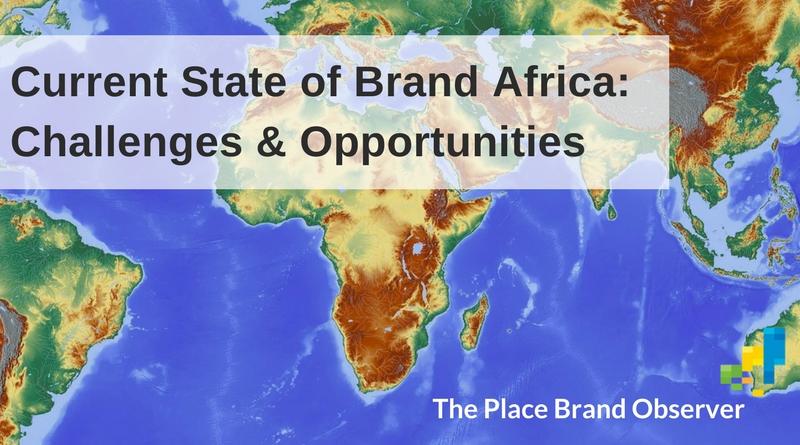 What is the current state of Brand Africa? In this post, learn what leading place brand developers, managers and advisors think about the challenges and opportunities of Brand Africa, the branding and reputation of African cities, countries and destinations.

What are the biggest challenges in building and managing Brand Africa?

A lot of countries in Africa base their development on exports of raw material with little transformation. Therefore, there has not been a need to invest in their brands to support the attraction of resources or to help the country-of-origin effect. Of course, Africa is a big continent and each of its countries has different realities and needs.

Competition among some countries in the Middle East is an engine for transformation and they are taking into account place branding for their development strategy. I think a similar situation will also happen in Africa soon and therefore we might witness an increased interest in the discipline of place branding in Africa.

Africa is 54/5 countries with different sovereign leadership and at different stages of development. It is not one country with a central authority. Like all place brands, it is owned by the more than one billion Africans, who through their actions have an impact on the continental brand.

A great number of countries in Africa are not economically independent, some politically unstable with an increasingly impatient, unemployed and/or unemployable youth (70 percent of population are under the age of 30). As such, Brand Africa cannot be ‘managed.’  Even with pan-African institutions, such as the African Union, the goal is not to manage, but to influence, mobilize and coordinate the best of Africa.

What role do cities play regarding the branding and reputation of Africa?

I believe African cities have a unique opportunity to position themselves as the leading cities in implementing smart city solutions and sustainable urban design. African cities are in general not the first that come to mind when you think of these solutions, but with the fastest urbanization in human history taking place in those cities in the coming decades, they have the opportunity to leapfrog over the infrastructures of the 20th century and shape the future city. I have seen this happen in digital health and mobile banking, where Africa has already taken the lead.

There are already cities developing very fast and experimenting with innovative solutions, such as Durban, Johannesburg and Cape Town in South Africa, Nairobi and Addis Ababa in East Africa and Abidjan, Accra and Lagos in West Africa.

I wouldn’t be surprised though if some of the smaller cities might take the lead as the most innovative. Kigali has been starting some very impressive initiatives lately and is definitely a city to watch. Libreville in Gabon is a city that is generally under the radar, but has a hidden potential to become the leading city in Central Africa.

Then there are wild cards like Juba in Africa’s youngest democracy, South Sudan. If South Sudan manages to stabilize the political situation and attract investment, that city has great growth potential.

What is exciting is the incredible volume of innovation across the continent, largely catalyzed by mobile and technology. Many of these innovations are driven by Africa’s youth, who are restless and ambitious, and see a different future for Africa. They are the promising voices who see, believe and will fight for a better Africa.

If we look at the image of Africa outside of Africa, there are primarily two things that come to people’s minds. The first one is the image of exotic animals with zebras, giraffes, lions and elephants. The fascinating wild life.

The second one is not as fascinating, and that is the one of war, poverty and diseases. The latter is the images promoted relentlessly by NGO’s across the world to raise funds, and has in reality done tremendous damage to the image of Africa.

Most people don’t realize there is a third Africa. The urban Africa, which is dynamic, very creative, entrepreneurial and tech savvy. The world’s most expensive city last year was actually an African city, Luanda in Angola, to the surprise of most people.

The absence of images of the urban Africa can actually be a good thing because it opens up the opportunity for cities on the continent to position themselves as the new urban Africa, which should be taken serious by the world.

Growing up in a then isolated apartheid South Africa and still colonized continent, we all yearned for places beyond our borders. They represented an escapism and influenced our daily expressions: We even dressed ‘Italian’. Living in a former English colony, I was surrounded by English symbolism – Queen Elizabeth Bridge, Port Elizabeth, King Edward Hospital, for example. In freedom songs, we yearned for Fidel Castro of Cuba to help liberate us.

We romanticized about America and Hollywood – a place to realize dreams – and for black Africa, a place that represented ‘free’ Africans (despite the history of slavery). We may not have called it ‘branding’ anything, but each place had a unique position, reputation or symbolism in our minds.

Today you see global brands, such as Balmain, Burberry and Louis Vuitton, using African-inspired design in their ranges. A country such as Botswana is now the center for the complete value chain in diamonds – having repatriated that role from England.

The transformation of Rwanda from the genocide that nearly destroyed a nation over 20 years ago, South Africa after 48 years of apartheid, and most recently the 2010 FIFA World Cup in South Africa, have shown the better side of Brand Africa.

Africa is standing up and out for itself, against traditional superpowers. Africans no longer go to the G8 for allocations of ‘free’ AID, a meal and international flight – but are going there as equals, with an African agenda.

There’s a long way to go but this is not the same Africa – it is growing, confident and increasingly independent – and finding its voice and muscle.

Having tracked the growth and development of tourism marketing on the continent for more than 20 years, it is wonderful to see how countries and local destinations in Africa are increasingly recognising tourism as a potential force for economic growth and job creation. Organisations like the European Union, World Bank, UNWTO and others are responding positively to such recognition by providing technical support to governments and private sector organisations for development and promotion of sustainable tourism.

Destinations like Namibia, Botswana, Tanzania and others have made good strides in embedding sustainable management practices in their economic development strategies.

The time has arrived for the ‘next surge’ in destination marketing – for Governments to not only pay lip service to tourism as an economic force, but to practically place it high on the agenda through resource allocation, political power, public-private partnerships etc.

The only way in which true, sustainable tourism development can be achieved is through a solid partnership between government and the private sector. I have been privy to the power of such partnership marketing initiatives while working at senior level in post-apartheid Government service in South Africa, and have since been a strong proponent of a partnership approach in destination marketing.

That’s all we have at the moment on the branding and reputation of Africa. If you’d like to explore further, why not zoom in on our world map for in-depth interviews with leading place managers, marketers and developers in Africa and around the world.