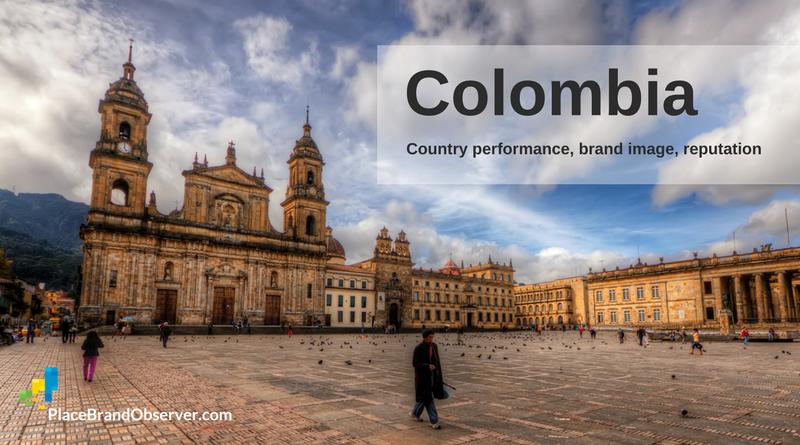 Colombia has received a lot of media coverage in recent years thanks to the peace process with the FARC. Has that improved the country’s international image? What do the different indices say about Colombia’s attractiveness for businesses and well-being?

How attractive is Colombia for entrepreneurs?

In 2017, Colombia ranked 59th on the World Bank’s Ease of Doing Business index, third-best in the region after Mexico and Peru. According to the evaluation, Colombia offers the best conditions for getting credit and for protecting minority investors in the region. Enforcing contracts (31st) and trading across borders (23rd) proved to be more complicated for Colombia-based businesses. The overall ranking of Colombia as a place for doing business has declined 5 positions in the last year.

In their 2017-2018 report, World Economic Forum’s Global Competitiveness index ranked Colombia 66th out of 137 countries. Its strongest pillars were the development of its financial market (27th) and the market size (37th), while Colombia’s institutions (117th) and good market efficiency (102nd) received the weakest results in the evaluation. Their overall ranking for competitiveness has improved twelve positions in the last decade.

Bloom’s Digital Country index focuses on worldwide online searches in five different sectors: investment, tourism, prominence, exports and talent. In 2017, Colombia’s overall ranking was 48th, 12 positions down from 2015. They did best with searches linked to exports (19th) and talent (47th), but have a good way to go to improve their indicators of prominence (177th).

Livability and environmental performance of Colombia

What are the indices of social and environmental sustainability saying about Colombia’s well-being?

World Economic Forum’s Travel & Tourism Competitiveness index rated Colombia’s environmental sustainability through aspects such as threatened species and forest cover change, which left Colombia with an overall ranking of 62nd position. The country has come a long way and shown an important positive change, considering that in 2013 its position was 93rd.

Colombia’s ranking in the Environmental Performance index 2016 edition was similar to WEF’s estimation: 57th. Despite the relatively low rankings for environmental sustainability, Colombia seems to be one of the happiest countries in the world, according to the Happy Planet index, which ranked Colombia 3rd out of 140.

What is Colombia’s contribution to global well-being?

The Good Country index, which measures what each country contributes to the common good of humanity, gave Colombia 87th position in their 2017 study. Probably thanks to the recent years’ peace process, Colombia’s best valued pillar was its contribution to international peace and security (15th).

On the contrary, Colombia’s influence on world order was ranked fairly low (121st). In the three editions of the Good Country index that have been published so far, Colombia’s ranking has dropped drastically, from position 31 to the current 87.

Colombia as a Nation Brand

How well is Colombia doing as a nation brand?

Brand Finance rated Colombia as the 40th most valued nation brand in their Nation Brands index 2017 edition. The value of the brand has gone up 32% in the last year and the ranking improved by one position, in comparison to 2016.

Brand Finance‘s most recent report, Global Soft Power Index 2020, ranks Colombia 49th, behind Estonia (47th) and Iran (48th). Colombia performs most strongly in terms of culture & heritage, followed closely by people & values. Of the seven pillars which make up the soft power overall score, Colombia has a ways to go before becoming a top contender of soft power.

Enjoyed our summary of global rankings and indices on Colombia’s economic performance, its sustainability, attractiveness for digital nomads, brand strength and reputation? Thanks for sharing!