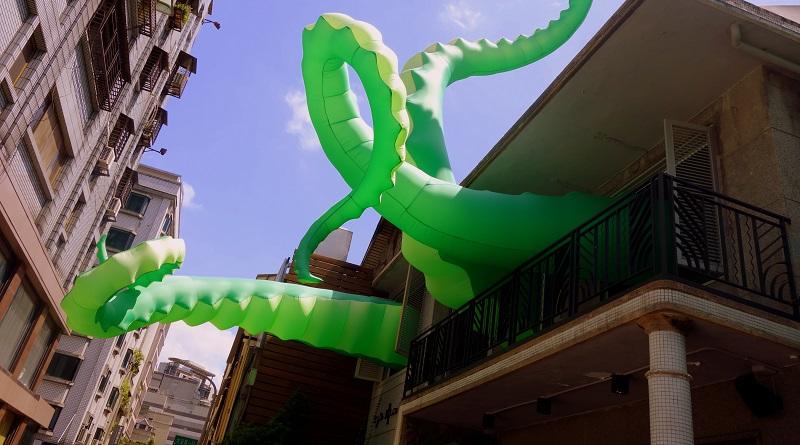 Charles Landry in this guest post connects the dots between cities and psychology, and calls for a stronger focus on the psychological resilience of cities as safe havens in turbulent times.

In the blink of an eye, in evolutionary terms, cities have risen meteorically to dominate our lives, as have our more nomadic lifestyles. The relentless transformation brought about by large-scale urbanisation and movement of people, goods and money, and a virtualizing world puts increasing demands on our senses, attention, time, our capacity to cope with the strange or different, and our mental state. Highly adaptable as we are, it stretches this ability to the limit and presents a major psychological challenge.

In a constant cycle of influencing and being influenced, the city impacts upon our mind, and our emotional state impacts upon the city with untold effects. It is astonishing that psychology, the study exploring the dynamics of feeling and emotion, has not been taken sufficiently seriously as an urban discipline, not only by psychology itself but also urban decision makers, since it seeks to understand why we act the way we do.

The urbanist [easyazon_link keywords=”Jan Gehl” locale=”US” tag=”tpbous-20″]Jan Gehl[/easyazon_link] noted acerbically: ‘it is ironic that we know more about the habitat of mountain gorillas than we do about the habitat of people’. Acknowledging the ‘psyche of a city’ could radically shift our understanding of how places work and their potential futures.

The city is not a lifeless thing with inanimate clumps of buildings and technology, or like a machine. It is human. People have personality, identity and, as they are congregations of people, so do cities. To see the urban fabric, its dynamics and city life as empty shells devoid of human psychological content is careless. To be blind to its consequences is foolish, as the city is primarily an emotional experience with psychological effects.

Cities are the most complex human invention. Without them much of the world we know could not exist. Even a cursory review shows that within psychology is a virtually untapped, rich seam of ideas and practices that could, with relatively little effort, help cities cope with their fractures and their transformation.

Modern humans have been around for 200,000 years, but settled places for only 6,000 to 8,000 years at most. It is not the place where we, or our psychological apparatus, evolved, since of the estimated 107 billion of us that have ever existed (according to Washington Population Statistics Bureau), merely a fraction has lived in a city. We are an urban species living within an archaic mind.

Just as the body is the museum of human evolution, so the psyche is the mental museum of our primeval past. We carry unwittingly anciently formed psychological elements of this into our new nomadic, urban age, the most well-known of which is the fight or flight response. Others include being wary of the unknown, protecting our territory and forming tribal groups.

It is as if we are living with the mind of a village in the body of a city, and this has deep implications for the way we make and manage neighbourhoods, the building blocks of cities. Walkable places, high quality amenities and particularly green space are linked to higher levels of trust and stronger pro-social behaviour; being agreeable, displaying empathy, generosity.

This is important especially today as we live in awkward times. The world is turning to its darker face. The zeitgeist is one of rising anxiety. The grey zone disappears. Deep fractures are emerging within our world. Our social and our tribal nature and our in-group and out-group instincts are in tension, as our world continues to shrink and our cities become more mixed, more nomadic and more diverse.

More of us move around for work, for pleasure, for love or to explore and so are influenced by ideas and trends from elsewhere. Some think this is too much and that it must stop, others are excited by the potential of being part of a bigger world. There is still a mix of optimism and pessimism.

The big question is ‘where do we belong when everything is on the move’, how do we deal with the basic human need to connect and put down roots.

Is it possible to transfer psychological tools from person to place? We explored how to build a toolkit for ‘psychologically resilient cities’.  We wondered too what would happen if a city could take a personality test. So, we built one and trialled it in a dozen cities.

Viewing the city through a psychological lens, we found a rich and virtually untapped seam of ideas and research that could help us live better, healthier lives, more at ease with our cities.

More about psychology and cities in the illustrated book [easyazon_link identifier=”1908777079″ locale=”US” tag=”tpbous-20″]Psychology & the City: The Hidden Dimension[/easyazon_link] by Charles Landry and Chris Murray (2017, Comedia, UK).