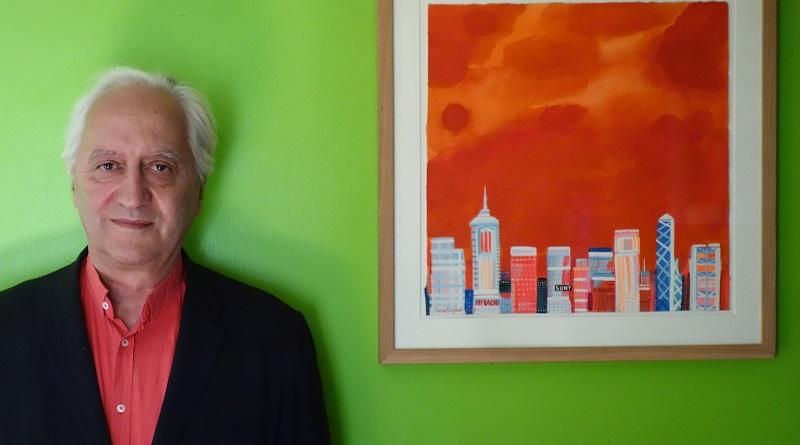 Charles Landry is among the handful of city thinkers whose work has become an indispensable source of inspiration for urban developers, managers and marketers around the world. In this interview, Charles Landry shares his thoughts on the challenges and opportunities of city branding, creative cities, and the Urban Age.

Charles, how did you first become involved in cities and urban change?

I started Comedia, my organization, in 1978, whose initial aim was to explore how radical ideas and transformational organizations got their message across. Over time this evolved into an interest in creativity, and increasingly the creativity of cities as distinct from that of individuals and organizations. I liked the complexity of cities, where differing perspectives and cultures meet, and wanted to know how you could shape this mix into a more coherent whole.

In your view, what is City Branding all about? Do you have examples of good practice which could serve as benchmark?

City branding is communicating who you are, what you want to achieve and how you are going to go about it.

I like how Helsinki conveys itself, perhaps cold and dark at times but quietly projecting energy with great civic values. Amsterdam too projects a sense of openness and inventiveness and always willing to experiment and to explore.

Which are the challenges and hurdles for developing and managing a favorable city brand? Where should the focus be?

Cities are complex organisms and the major challenge is to communicate a city’s multiple layers in a simple but profound way that generates meaning, purpose, identity and energy.

Four challenges in managing reputation I see are:

What role does placemaking play in the city branding context? Are those synonymous, complementary or very different concepts?

Cities often start their placemaking agendas by looking at their external reputations and fortunately then the priorities of citizens and outsiders align well.

How can strategic place branding support the sustainable development of cities or destinations?

To be self-sustaining and sustainable is much more than only concerned with environmental issues. It also involves the extent to which cities make us healthy, emotionally strong and at ease with ourselves.

Placemaking and subsequent place branding then will only be successful if being sustainable lies at its core. Who wants to project a place that is un-sustaining, ugly and with a poor quality of life?

Throughout your distinguished career, you have written many books on cities and urban change. Which are the key issues as we enter the Urban Age?

Where do you see the priorities in the field of urban marketing and city branding for the near future?

The two priorities are: 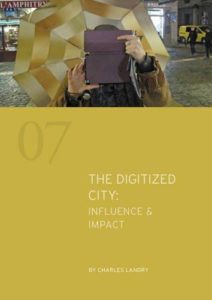 In 2016 you published your latest book, titled The Digitized City: Influence & Impact. In a nutshell, what is it about?

The Digitized City describes the tectonic shift unfolding where digital devices with their disruptive potential are changing cities, society and social life, connectivity, the economy and cultural life. Its impacts and influence will be as powerful as the climactic changes that swept through our world with the industrial revolution 200 years ago. Giant turbines and whirring machines symbolized that revolution whereas this one is more invisible driven by algorithms etched into small screens.

Those who make decisions, the digital settlers, have mostly migrated into this world whereas for the young, digital natives, it is all they know. This highlights a misalignment as for the first time in history the young are teaching the old rather than the reverse.

Connect with Charles Landry on LinkedIn or learn more about his work here.

Enjoyed our interview with Charles Landry on the Creative City, the Urban Age and the role of city branding? Spread the word!