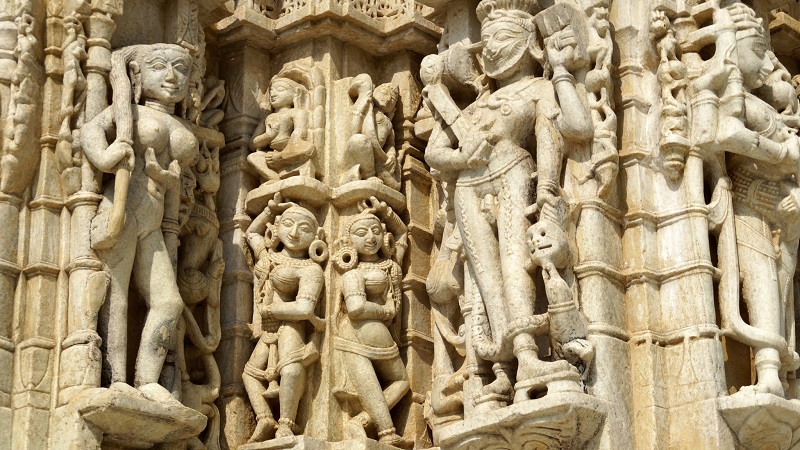 India nation brand expert Aparna Sharma discusses tourism campaigns in Asia, the need for nations to remain competitive in a saturated market and the importance to communicate their place authentically.

Campaigns promoting tourism have probably been the first way to communicate about a place before the idea of nation brands or nation branding took hold. Today, these abound around the world, and each country seems to have swiftly mastered the art of tourism promotion, projecting itself as an idyllic haven in most instances.

Each country in Asia communicates a distinct identity, rich culture, unique customs and traditions, monumental architecture and sculptures narrating the history of the times, different climates, value systems, but also the varieties of cuisine. These campaigns include: Amazing Thailand, Incredible !ndia, Malaysia – Truly Asia, Taiwan – The Heart of Asia, It’s more fun in the Philippines, Cambodia, Know It, Love It, Sri Lanka – Wonder of Asia, Myanmar, The Journey Begins Here, Visit Jordan as well as Irpedia – the Land of Civilized and Friendly People, Visit Dubai among many more….

Asia offers a choice and variety ranging from the enchanting to the exotic and even contemporary that makes it a compelling stopover in the global tourist circuit.

What is interesting is the fact that tourism campaigns have evolved in Asia and made their presence felt in tandem with the maturing state of their economies. A rising economic tide and a promising business future prompted Vietnam to revisit Vietnam, A Hidden Charm to rebrand itself as Vietnam – A Timeless Charm. On the other hand, campaigns like those of India and Malaysia probably also gained momentum and spread with the economies, charting new successes and demonstrating steadfastness.

Additionally, some destinations have run the course like Singapore and Dubai enthralling the middle-class traveler and the well-heeled alike but affording each a distinctively different experience. These have also been the preferred destinations exemplifying the virtues of tourism.

Systems and infrastructure need to be part of the advanced planning of every tourism policy to afford a good experience and to sustain the brand. In this context, Singapore and Dubai – with mostly human-made attractions – have shown the way, despite being smaller in size than most countries in Asia. This approach has certainly made them the tourist and business destinations they are today, amplifying the fact that tourism can thrive in safe and comfortable environments.

There are others, which have ramped up both their marketing efforts and facilities. For five years now, Hong Kong has continued to be ranked the most visited city in the world by the Euromonitor. This ranking may be attributed in large part to the travelers from Mainland China. With the Chinese traveler with high spend proclivities now headed to other global destinations, Hong Kong must continuously make itself irresistible.

Amazing Thailand and its destinations like Phuket and Pattaya also find themselves in the Euromonitor top 25 tourism destinations in 2016 and continue to attract a steady stream from Asia populations.

While there may be campaigns like those from India, Malaysia, Thailand, Singapore, Sri Lanka, Dubai, there are several more like Myanmar – the Journey Begins Here or Uzbekistan – Symbol of the Magic East and now one may expect Iran as well to make a beginning in the changed political context.

Jordan has also repackaged itself and has revamped its website in a more vibrant and compelling way. In fact, almost all countries now have active websites with a presence across digital media to remain competitive. Availability of resources is a clear differentiator.

Asia is beginning to understand that the tourism sector deserves priority. According to UNWTO data, tourism is responsible for one in every 12 jobs worldwide, and it is the first or the second source of export earnings in 20 of the 48 least developed countries.

By region, Asia and the Pacific recorded the highest growth in international arrivals, with all Asian sub-regions enjoying a growth of 7% or above in the short term data analyzed from January to April 2016, published by UNWTO World Tourism Barometer in July 2016.

The positive trend in Asia is also reflective of the multi-pronged tourism strategies being pursued with due diligence. Almost every country in Asia provides custom packages that suit different audiences with the rush to attract more. An affluent middle class has been the newest segment to enter the Asian markets in recent years. Couple this with the digital abilities and social media presence of this target market as experiences are shared on Facebook and Twitter, potentially awakening the curiosity of their friends and followers.

In countries like Singapore where Uniquely Singapore ran successfully between 2004 and 2009, changed its branding platform to Your Singapore in 2010. A 2016 report by the Singapore Tourism Board reflects deep thinking about target tourist profiles. This change is a result based on reflection and the need to communicate the value of the visitor experience. Particularly striking is the classification of the potential customer segments into four broad categories, of which the working millennials (single or couples aged 20-34 employed) and active silvers (retirees aged 60 or above) are interesting.

According to the same report, the Asia Pacific region is predicted to see an increase of over 250 million active silver travelers over the next decade, particularly from China and India. This increase appears to be in line with the changing demographics of some of the largest Asian countries. Concurrently, the upper middle class within this region can also be expected to increase. These shifts explain a new competitive angle within the market to expand the customer base in Asia. Furthermore, online domestic and international travel sites are an added tool for boosting tourism in Asia.

However, it is not only countries but cities and regions in Asia that are increasingly promoting themselves. This promotion is highly visible in India where numerous regional provinces like Odisha, Madhya Pradesh, Rajasthan have launched individual campaigns – not only promoting within India but globally. And there are also efforts underway to promote tourism by regional groupings in Asia.

Asia excites us with its history and rich heritage. There is so much to offer as part of the cultural and tourism tapestry that one would hope for campaigns that could present each territory authentically, not only through digital platforms but experiential branding and engagement!

Lastly but certainly not least, tourism requires responsibility to ensure that the ecosystem stays sustainable to be able to continue to reap the benefits and abundant harvests being imagined!