Vasyl Myroshnychenko on Ukraine, Nation Branding and the Power of Strategic Communication 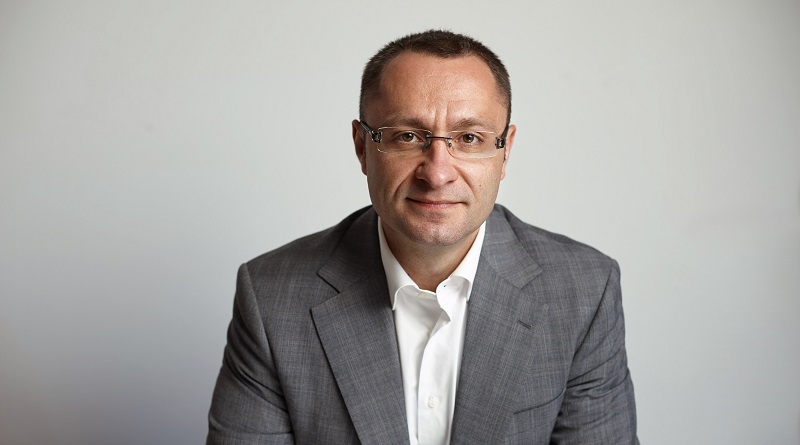 Vasyl Myroshnychenko in this interview shares insights into the power and role of strategic communication as part of nation branding. He also discusses public diplomacy in the context of Ukraine, and how locations within the country (should) approach to place branding.

Vasyl, do you remember the first time you became aware of the intersection of strategic communications, public diplomacy, and nation branding? What got you interested?

My company CFC Big Ideas was founded by alumni of the Institute of International Relations at Kyiv National Taras Shevchenko University, so we all were well versed in foreign affairs, international security and defence, history and diplomacy. Also, as a second-year University student, I had a  chance to intern for over a year at the US Embassy in Kyiv.  I was assigned to the Public Affairs Section. There I assisted with educational and cultural exchanges, observed the operation of the press attache and was involved in the visit of President Bill Clinton to Kyiv in 2000. I learned a great deal about public diplomacy from the experience.

Since the inception of our strategic communications consultancy,  we looked for opportunities to change Ukraine’s negative perception of the world. Back then, we identified the Eurovision Song Contest as a popular pan-European TV show, where Ukraine could be showcased. We initiated cooperation with the Ukrainian national broadcaster, assisted with securing Ukraine’s entry into the contest and designed and executed a winning campaign for a Ukrainian singer Ruslana, who won the contest in 2004.

Kyiv hosted the ESC in 2005 and it was a breakthrough for Ukraine’s nation branding. Over 2000 European journalists came to report on the contest and we worked closely with the organizing committee to secure positive publicity for Ukraine.

What role does strategic communication play in place branding?

Marketing and advertising are dominating discussions on place branding. Though I was involved in putting together and running several campaigns for Ukraine on CNN International, which use was justified at that point in time, I tend to downplay the importance of expensive TV advertising these days.

Firstly, every country is doing it. Secondly, trust in advertising is weak. And thirdly, the rise of social media has created so many new and cheaper channels to reach the global audience. If you are lucky, your video shot on an iPhone can reach millions going viral.

Storytelling, third party endorsements and a tailored approach are crucial for nation branding.

For instance, one should plan a different campaign and approach for different big markets such as Germany, the US or China. Each market would require a more nuanced and thorough preparation, different tools and even messaging.

The most significant contribution to Ukraine’s nation brand we have made was when my company joined forces with two other public relations companies namely Be-It Agency and Plus One, and a team of independent communications experts and senior foreign policy analysts to establish Ukraine Crisis Media Center in the spring of 2014.

Following Ukraine’s Revolution of Dignity and the unfolding Russian intervention in Ukraine, we set up a multilingual news agency,  which catered directly to the global media outlets and worked on numerous projects which included international campaigns, foreign press tours, special projects on the sidelines of the G20 and UN General Assembly meetings, cultural diplomacy projects, events in the Parliaments of the European nations, targeted information campaigns for the internally displaced persons in Ukraine, etc.

At our heyday, the international donor-funded media NGO employed over 50 people full time. I am biased, but I believe it was the largest strategic communications effort, which was ever mounted by Ukraine. It required huge resources, meticulous coordination and smooth execution, especially at times of crisis such as the downing of MH-17 and the Russian invasion into Ukraine.

The Ukraine NOW brand proposition being a fairly recent one – how would you describe the country’s brand development in recent years, especially in terms of brand value and effectiveness?

“Ukraine Now” was introduced several years ago when Ukraine was under previous political leadership. A good thing is that the new administration elected in 2019 has decided to keep it and provide some continuity. The logo is used by the National Agency of Tourism, Ministry of Foreign Affairs and Ministry of Economy, Agriculture and International Trade,  where it is relevant. Also, Ukraine will be using it for the World Expo in Dubai starting in October.

Still I find it difficult to assess the brand value and effectiveness based on the visuals.

The more I am involved in nation branding, the more I believe that a logo has limited effect on the perception of a nation. Because as we all know there are so many other important elements which define a country brand, such as: relevant tourist infrastructure, proper business environment for investment, attractive products produced domestically. Good governance is essential for communicating an attractive national identity.

Which aspects linked to place branding do destinations or business locations in Ukraine struggle with the most?

Ukraine is struggling with building a strong investment destination brand. Amid the slump in the global economy and the decrease in foreign direct investment flows, Ukraine is moving slowly with the reform of the judiciary, curtailing corruption and creating a more favourable business climate.

I am sure Ukraine could digest billions of dollars in foreign investments if it fixed the issues with the rule of law. Needless to say, there are many positive trends. Ukraine enjoys a Deep and Comprehensive Free Trade Agreement with the EU, has recently signed an FTA with the UK and is tapping in capital from the Arab Gulf. Ukraine is one of the global leaders in food production. Also, Ukraine has got a vibrant IT and Tech sector which is growing quickly.

Much of Ukraine’s efforts seem to be aimed at countering Russian disinformation and showcasing the country as politically stable. How can cultural diplomacy help Ukraine build a positive image?

It is natural for Ukraine to funnel resources into countering Russian disinformation. In addition to the Russian military intervention in Eastern Ukraine and blatant grabbing of Crimea, the Russian disinformation is extremely malicious and needs to be addressed domestically and in other countries where Russia is portraying the false picture about Ukraine via its state-owned media outlets, bought agents of influence and running huge troll armies on-line.

Speaking of cultural diplomacy, Ukraine has made significant progress. In 2018 Ukrainian government established Ukrainian Institute as part of Ukraine’s Ministry of Foreign Affairs. The Ukrainian Institute was designed to emulate public diplomacy organisations of Germany, France, Poland, the UK, Poland and Sweden. It is stuffed with people who have experience of working for the British Council, running cultural projects and having a good understanding of international affairs.

Apparently, the global pandemic has undermined many plans, so the Institute is now trying to do projects online and taking advantage of social media. Cultural Diplomacy is a great tool for building Ukraine’s positive image. Provided it is properly funded, Ukrainian Institute will be able to build long-lasting positive associations with Ukraine.

The recent post-Brexit deal between the UK and Ukraine is going to open a plethora of opportunities for Ukraine. How can Ukraine build on this momentum to promote itself internationally, as a business-friendly destination?

Ukraine was able to jump off the momentum of Britain leaving the EU and used it as an opportunity to sign a Strategic Partnership Agreement with the UK. Ukraine should focus on increasing trade and investment with the fifth largest economy in the world. Ukraine shall attract more British investors into the agricultural sector, infrastructure, energy and IT.

Needless to say, Ukraine should become more business-friendly, which will increase its attractiveness globally, but it is also essential to stay focused. The UK is one of those nations, which we can focus. As a board member of the Ukrainian-British City Club and an alumnus of the London School of Economics, I hope to contribute towards a tangible enhancement of our bilateral commercial relations.

Which trends or changes do you observe in how cities and regions in Ukraine approach place branding?

Many Ukrainian cities and regions have embraced place branding strategies. Many Ukrainian places have taken advantage of the restricted international travel caused by Covid-19, and have successfully marketed themselves for domestic tourists.

The cities which have traditionally been most visited by foreigners are Lviv, Kyiv and Odesa.

City branding is closely intertwined with city diplomacy. This is what I would like to see more from the large Ukrainain cities of over 1 million people, where they can go beyond sister-city projects and engage in international cooperation more robustly.

Which cities or regions have inspired you recently for their innovative approach to place branding?

During the past year, most of the place branding campaigns had to reinvent themselves and adapt to the pandemic times, especially all those aimed at beckoning tourists. I’ve recently come across the story behind Eindhoven city branding. I find it quite compelling. It demonstrates well how the city has used branding and smart policies to attract tech talent.

Also, I like how Estonia is always punching above its weight.

Connect with Vasyl on LinkedIn. More about his consultancy here.