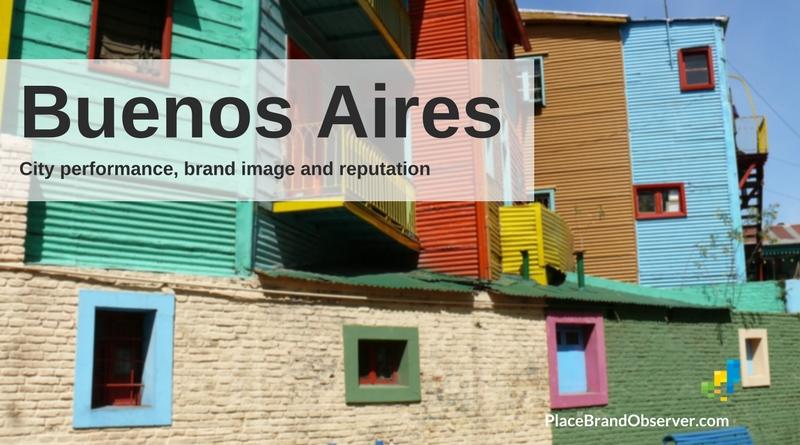 Buenos Aires, Argentina’s capital and South America’s most visited city, is widely loved by artists and foreign visitors thanks to its multicultural agenda, street art, and gastronomy. But how well does the city perform in rankings that study the capacity of cities to attract talent and investment? Is the city government doing a good job to protect the natural environment? How good is life quality in Buenos Aires and how attractive is Buenos Aires for digital nomads?

Regarding environmental sustainability, Buenos Aires’ performance is average both globally and in the Latin American context. The Arcadis Sustainable Cities Index ranked Buenos Aires 81st in the 2018 study. The city ranked 82nd in the planet sub-index and even lower in the profit (85th) and people sub-index (65th).

According to the Green Cities Index (2010), Buenos Aires’ overall sustainability performance among Latin American cities is below average. The city’s biggest problem is water quality, which is ranked well-below average. It also ranked below average for its air quality, waste, and sanitation. The overall environmental governance, sanitation and the management of energy and CO2 resources score average in this report.

In terms of general life quality, Latin American cities are not performing well in Mercer’s Quality of Life City Ranking. In this index, the Argentinian capital ranks 91st.

Regionally, the best-positioned city is Montevideo, which ranks 78th in the 2019 study. According to the study, South America’s less than stellar results were due to low scores in safety, political unrest, and drug-related violence.

How much effort is Buenos Aires putting into innovation?

The Global Innovation Cities™ Index 2019 ranked the Argentinian capital 69th for its potential as an innovation economy. This is thirteen positions ahead compared to last year, yet still far better than its 2014 ranking as 242nd.

How much global influence does Buenos Aires have?

Buenos Aires is ranked 41st in the 2019 Global Power City Index. Its best-valued aspects are livability (14th) and cultural interaction (20th), while the city’s economy (47th) and investment in research and development rank lower (41st).

The AT Kearney’s 2019 Global Cities Report ranks Buenos Aires 24th, making it the most influential Latin American city. Compared to the last year, Buenos Aires’ ranking has fallen by one position.

Gottlieb Duttweiler Institute’s Global City Ranking that examined 68 of the most important cities in the world to measure how well they fulfill their networking role in global terms, ranked Buenos Aires much higher –11th—in their 2017 study. Once again, this is the highest position Latin American cities have achieved in the ranking. Only Mexico City comes in close, ranking 15th in the same index.

How attractive is Buenos Aires for digital nomads?

Two criteria stand out when it comes to deciding whether Buenos Aires is a suitable fit for a digital nomad: speed of Internet and affordability. The Digital Nomad Index ranks Buenos Aires the best of 56 cities when it comes to the average cost of a one-bedroom apartment and praises the low cost of a beer (6th). Also, the Nomad List ranks the city highly for affordability. What is important to note, however, is that most payments still need to be done in cash, according to the study. This is not just typical of the city; Argentina, in general, performs very poorly as a cashless society and ranks up-to-last in the Digital Life Abroad report.

It really depends on what one considers important, for deciding whether Buenos Aires would be suitable as a city to live and work from.

Enjoyed our summary of global rankings and indices on Buenos Aires’ economic performance, its sustainability, attractiveness for digital nomads, brand strength and reputation? Thanks for sharing!