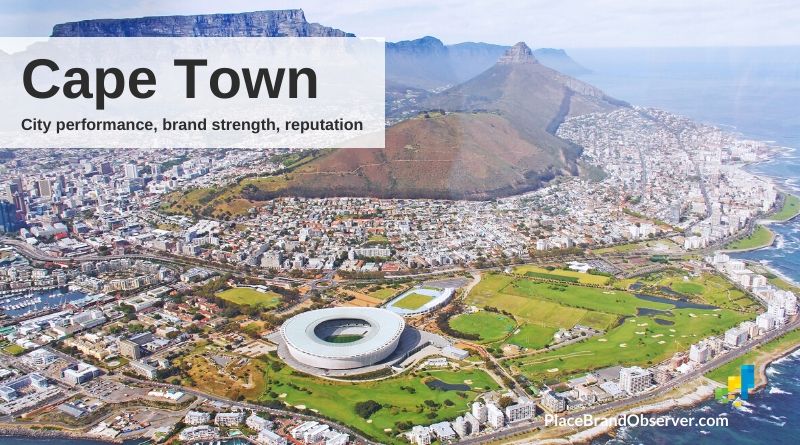 Cape Town in South Africa: often referred to as the Mother City, Cape Town boasts a breath of fresh air, thanks to its abundant vistas and natural sites of scenic beauty, spread around the popular destination. But how attractive is Cape Town as a city for international talent, visitors or investors? How does it compare to other cities in Africa and beyond?

Starting with the IPSOS Top Cities Report, Cape Town ranks 39th overall, just behind Seoul (due to a lower percentage in the character work, otherwise the two are equal). Cape Town’s strongest reputational pillar is as a destination for visitors, closely followed by its appeal as place to live.

Cape Town ranks 134th in the Global Talent Competitiveness Index, performing most strongly in grow (83rd) and weakest in retain (152nd). Here there clearly is room for improvement.

Cape Town ranks 289th out of 500 cities in the Innovation Cities Index by Australia-based research firm 2thinknow, behind Riga, the Latvian capital (287th) and Charlottesville in the US (288th) 162 city indicators are taken into consideration for this specific study.

Livability: is Cape Town a good place to live?

Cape Town rates 78th according to the World Happiness Report (2020) in terms of Future Life Evaluation (reporting on expected future rather than current life evaluation). The city ranks 65th in terms of Positive Affect and 89th in terms of Negative Affect – though only 130th in Current Life Evaluation. The study is based on how a city’s inhabitants currently evaluate their lives, on average.

Cape Town ranks well overall according to the Nomad List, with improvable performances in safety and happiness, though top performances in LGBTQ+ friendly and walkability.

How popular online, and as destination to study?

The D2 Digital City Index by Bloom Consulting (Africa 2018) ranks Cape Town  1st in terms of volume of searches, followed by Johannesburg and Cairo. Bearing in mind searches for talent, Cape Town receives the greatest volume in study (62%), well above searches related to work (11%) and live (27%).

That said, the University of Cape Town jointly ranks 220th in the QS World University Rankings 2021, which features 1,029 of the most prestigious universities in the world based on metrics such as a university’s reputation among academics and employers.

Enjoyed our snapshot of global rankings and indices on Cape Town’s city performance, its sustainability, talent attractiveness, brand strength and reputation? Thanks for sharing!