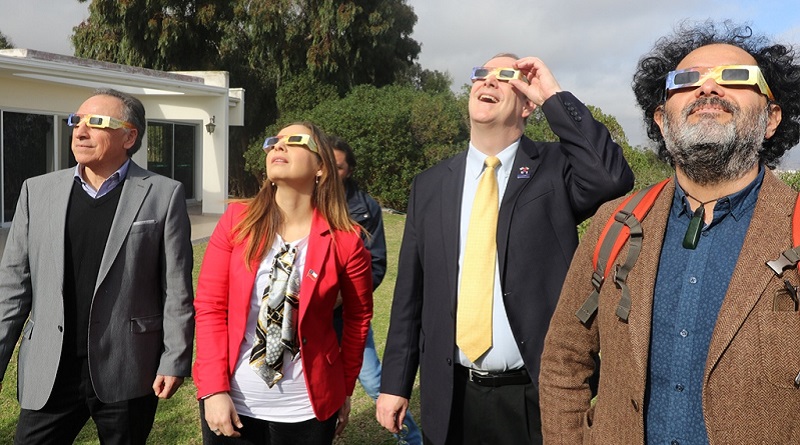 Lucía Pinto is the Intendente of the Region of Coquimbo and as such its highest authority, in charge of overseeing and coordinating events of state-level importance - such as the total solar eclipse this July. Important not just because an unprecedented number of visitors are expected during the eclipse and the days before and after. More so because of the symbolic importance of the eclipse for a region keen to become (known) as leading destination for astrotourism in the world. But how to get there, and how to manage such an important event?

During my tour of Chile (following the invitation of the country's brand agency, Imagen de Chile), I had the opportunity to sit down with the Intendente at her office in the regional capital, La Serena.

Lucía, interest in Chile as destination for astrotourism is expected to grow significantly this year, due to the total solar eclipse in July, which can be seen especially well in the Coquimbo region. Briefly, can you tell us about the role that astronomy plays for the region's economic competitiveness and reputation?

This nature phenomenon is a unique coincidence for the region, the country and the astrotourists of the world, who will appreciate the solar eclipse in the main astrotourism center of the southern hemisphere.

We live in a region with more than 300 clear nights each year. A pioneer in astronomy, this place is known as “the star region” or “la region Estrella” and as the astronomy tourism capital.

Every year, thousands of people from around the world come here, interested in discovering the cosmos. Today, we count 15 touristic observatories, which give visitors the exciting experience of contemplating the space. Just one example: in Elqui and Limarí astrotouristic observatories we receive more than 100 thousand visitors per year.