Ethics And Why We Need To Rebrand Branding 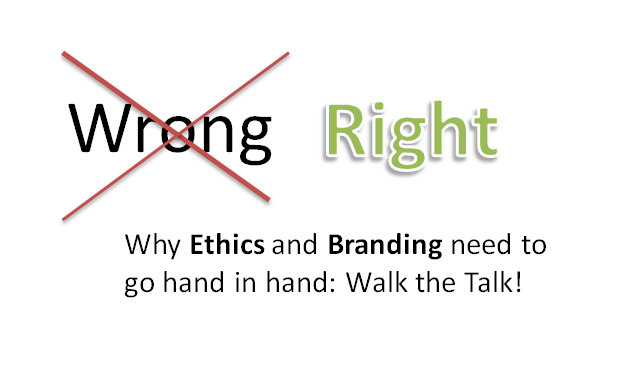 Sometimes, checking through your Twitter updates (follow us via @placebrandobs) really can be inspiring, especially when you come across an article like the one below by Josh Jost (@joshjost), ethics and identity consultant based in London.

His observations about the end of branding as we know it, and the need to put ethics and “walking the talk” back into the equation, couldn’t be more timely for efforts aimed at branding cities, countries or tourist destinations.

Brands and branding – concepts of the past?

Joshua starts with the observation that “branding as we know it today is dying. These aren’t just whispers from the fringe but discussions in mainstream journals ranging from Wired Magazine to the Harvard Business Review. And though they all agree that it doesn’t work anymore, what they disagree on is the solution.”

In his view, commentators rarely mention the root of the problem, which is that “branding as a concept is inherently flawed”, at least so long as identity created is detached from behaviour. He explains:

The problem is that branding as a concept is inherently flawed. It was a cosmetic exercise that arose in the advertising age. But now the internet has flooded the world with glossy, meaningless brands and it’s often difficult to tell whether that sleek website belongs to a brick-and-mortar company or a kid sitting in his mother’s spare bedroom. What’s more, branding is now so profuse that it has actually hit pop culture and even individuals are talking about building their own ‘personal brand’.

The Greeks, so fond and preoccupied with questions of ethics and identity, would be shocked to see today’s detachment of identity from behaviour and reputation, Josh writes. Neither would they approve of ethics understood as “merely a determination of wrong from right”:

For them, ethics was about cultivating one’s ideals into a positive and fruitful reality. In other words, ethics was about how to live life to its fullest potential. If the ancient Greeks ran corporations today they would have a chief philosopher sitting at the boardroom table advising on how to strategically guide the corporation toward greater health and well-being.

What is the problem?

Our disunified approach to identity leaves us with organisations that are schizophrenic, split between crafting grand appearances on one hand and self-defeating behaviour on the other. They define their image in the marketing department where it is merely seen as an instrument of growth, and they monitor their behaviour in the legal department just to ensure they don’t get into trouble.

The solution to the branding dilemma, according to Joshua, is – one should think – common sense, but well worth repeating:

For branding to work again it needs to evolve into a more unified approach that remarries image and behaviour so that it shapes the entire DNA of an organisation and truly brings the ideals and aspirations to life. In other words, what we do needs to match what we say.