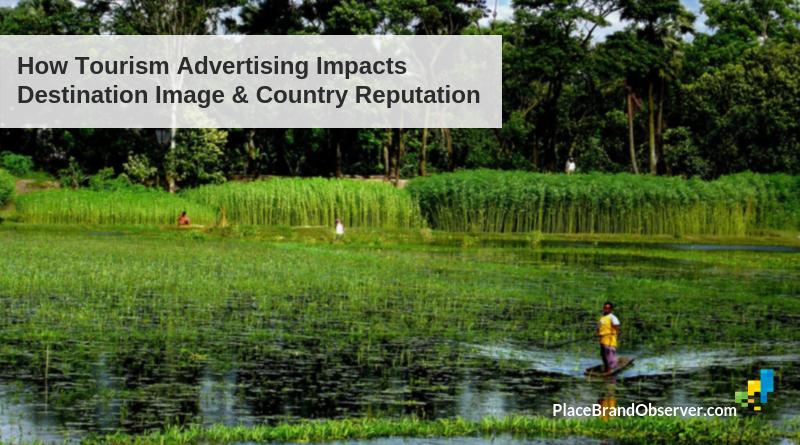 We caught up with Imran to learn about the results of the study, which was published in the Journal of Place Branding and Public Diplomacy.

Imran, you recently published an article on the “bleed-over effect” of tourism advertising on people’s perceptions of destinations – using Bangladesh as case study. What brought you to investigating this topic?

I grew up and have lived in Bangladesh most of my life. My co-author has visited Bangladesh several times and has developed a fascination with the country and its people. Together we have discussed many times how it is that a country that offers so much has over decades been portrayed in such a negative light, resulting in such a poor international image.

We were approached to participate in a publication that focuses on international country image and how different countries have used diplomacy efforts and tourism as tools to change their image. We decided to investigate the “Beautiful Bangladesh” campaign, and to test how this campaign could potentially change an international audience’s perception about Bangladesh as a country, its people and its government.

Which are the main insights from your research?

We have found that research related to place branding and bleed over of tourism advertising conducted in developed countries (such as Australia, the U.S., South Korea) can just as well be applied to a developing country such as Bangladesh. Similarly to audiences’ perceptions about developed countries being changed through tourism advertising, this was also the case with the tourism campaign developed by the Bangladeshi government through the tourism board. The sample of respondents were more positive about Bangladesh as a country and tourism destination, about the people of Bangladesh and slightly more positive about the Bangladeshi government after watching the television commercial (which was part of the “Beautiful Bangladesh” campaign) than before watching it.

We have also seen that the bleed over effect of tourism advertising applies to other industries in Bangladesh, as more tourism and a more positive international image potentially spill over into other areas of development in the country, such as empowerment of women through the garments industry, increased exports from the ready-made garments industry, and a healthier entrepreneurial ecosystem.

Your advice to destination brand organizations, how to involve advertising – do’s and don’ts?

Advertising is a powerful tool with the ability to change perceptions, attitudes and behavior across a number of industries, as we know. However, when it comes to tourism advertising, we believe destination brand organizations should keep their focus local (that is, use local people in the commercials), be authentic (don’t oversell a destination or promise the viewer something you know the destination cannot provide) and focus on a variety of aspects that different viewers might be interested in (e.g. the history of a destination, the natural beauty of the area, the characteristics and strengths of the local people and local communities, the food and culture, the experiences audiences can have).

Ultimately, the key to successful tourism advertising and destination branding is to be authentic and real.

What impact do tourism campaigns such as “Beautiful Bangladesh” have on a country’s ability to attract visitors and promote itself as international destination?

The “Beautiful Bangladesh” campaign was launched during a major international sporting event – the Cricket World Cup in 2011. This event was co-hosted by Bangladesh, India and Sri Lanka. This gave the campaign a significant international audience and the potential for the television commercials to be aired several times over the duration of the tournament.

Also, the Bangladeshi government has continued with the campaign across various media and outdoor platforms for several years. The fact that such a large international audience could see the natural beauty of the country, the friendliness of its people and the richness of its culture (while potentially visiting the country for the sporting event) had a significant impact on the country as a tourism destination.

However, Bangladesh has seen this “bleed over” into more than just increased numbers of tourists visiting the country. Since 2011 when the campaign was launched, Bangladesh has seen a growth in its ready-made garments industry, the contributions of entrepreneurial enterprises such as the Grameen Foundation to empower the world’s economically disadvantaged, in addition to a growth in inbound tourists and tourist expenditure in Bangladesh, an increase in tourism’s contribution to GDP and an increase in the exports of goods and services as a percentage of GDP.

How can tourism advertising be used as destination branding and public diplomacy tool – rather than “just” luring potential visitors to the place?

In light of the above answer, tourism advertising and destination branding can illustrate to international decision makers and role-players that a country with a traditional negative international image (such as Bangladesh had since the 1970s) is about more than the “doom and gloom” the world believes about it.

By showing a steadily growing and impacting entrepreneurial culture, smart tourism advertising and destination branding can attract investors in technology and healthcare and other growing areas in the country.

Similarly, by showing how a country is empowering women and children through education and skills – like micro financing and job creation – can help other countries collaborate with organizations in a country like Bangladesh to exchange best practices and empower marginalized communities in other parts of the world.

Ultimately, these public diplomacy efforts do not only reach decision makers in politics but also in the non-profit sectors, in economic development sectors and elsewhere. By reaching these decision makers and attracting them to work with role-players in Bangladesh, for instance, does not only give them a first-hand experience of the country and its people but also helps change the traditional negative image of the country into a more positive one, as people develop relationships, collaboration and familiarity with the country.

Which are the main dangers and pitfalls for destination managers and marketers, linked to advertising campaigns?

If destination branding doesn’t come from an authentic and “real” place, if it tries to portray a country as something it is not, or the facilities and opportunities as more than what the destination can offer, it can be a real pitfall.

One element that could contribute to this is if destination managers and marketers are not familiar with the destination or the culture. If they speak from and try to promote a destination from an “outsider’s perspective” rather than a local perspective, there are several elements related to culture, language, traditions, history that they might not be aware of or familiar with, that could potentially backfire in their campaigns.

Destination branding campaigns need to be truthful and free of corruption and outside interference. Scenarios to be avoided: a specific political party wanting to promote their views, or an organization exercising unacceptable pressure to gain financially or otherwise from the campaign, or a government interfering with a campaign to portray a destination in an unrealistic light.

Which trends do you observe in Asia, how destinations use advertising campaigns? Are those still relevant and necessary, considering the possibly more credible promotion of destinations via social media and influencers?

Our work so far has focused primarily on Bangladesh. However, travels to other South Asian countries (e.g. Nepal and India) have shown that other tourism organizations and governments in these countries work diligently to promote their international image and attract more international tourists.

Nepal, for instance, has recently declared 2020 as national tourism year. Through their “Visit Nepal 2020” campaign, the country specifically focuses on creating a “brand” of Nepal being a traveling and vacationing destination. They aim to attract more than one million visitors to the country in 2020.

A major impetus for this campaign was the attempt to rebuild Nepal after the April 2015 earthquake. This event severely damaged the image of Nepal as a tourism destination, had a significant economic impact on the country and also created uncertainty among international tourists as to how safe it is to travel there.

We observe that countries across the world are utilizing the benefits of social media and influencers to promote their destinations, in addition to the more “formal” campaigns they launch.

In Bangladesh, for instance, various writers and influencers have used platforms such as Ted Talks, YouTube, blogs, Instagram, travel guides and publications in newspapers and magazines to promote the image of the country as a place where investment is important, sustainable tourism is a focus and empowerment of marginalized communities is paramount.

Which topics linked to tourism advertising or destination branding would you consider important to address in future research?

We would like to expand our research to other countries in South Asia and also focus on developing countries such as South Africa, to look at the nature and success (or failure) of their tourism advertising campaigns.

We would like to see if countries across South Asia, for instance, compare favorably in how they brand themselves as tourism destinations and whether international audiences who participate in our research have a more or less favorable response to specific types of tourism advertising campaigns.

More about the study here

Place Branding and Public Diplomacy is the first and only journal to concentrate on the practice of applying brand strategy and other marketing techniques and disciplines to the economic, social, political and cultural development of cities, regions and countries. Edited by Robert Govers and James Pamment.

Did you enjoy this research update on how tourism advertising can be used in destination branding for the purpose of impacting perceptions of countries – example Bangladesh? Please share and spread the word! 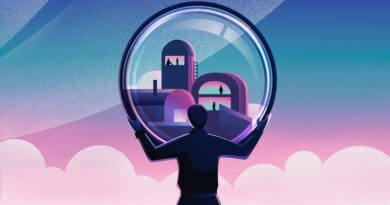 The Class of 2020 Trend Report: Key Insights on Placemaking and How We Live, Work and Learn

16 June 2020 The Editorial Team Comments Off on The Class of 2020 Trend Report: Key Insights on Placemaking and How We Live, Work and Learn 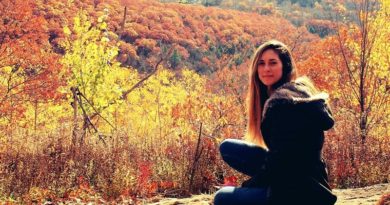 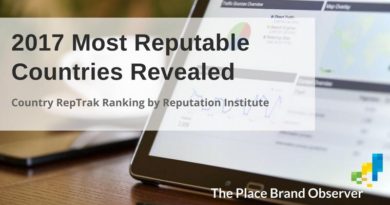