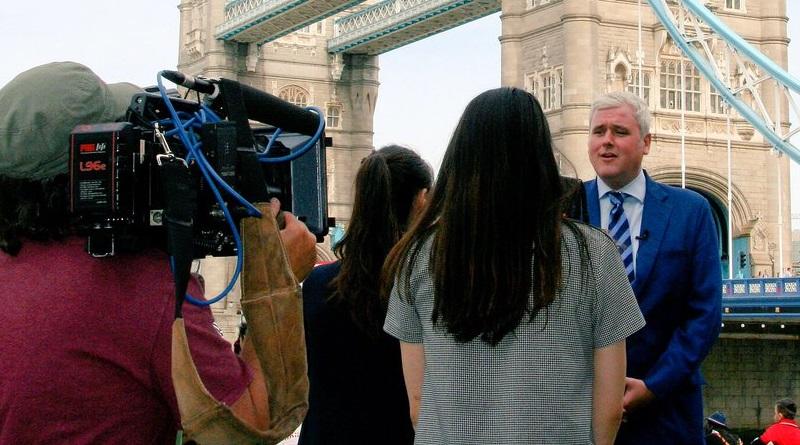 For today’s interview we take you to England where David Adam is helping urban developers, managers and marketers to create better cities through smart city branding.

David, can city branding contribute to the building of better cities?

Economic development is a complex activity, perhaps the most complex activity that humanity undertakes. To bring together multiple organisations, from varied walks of life and make the lives of people better requires everyone to have a shared mission and a shared vision of what they are truly trying to achieve together.

Every organisation has to give consideration to matters of perception and communication. We all have different styles of talking, demonstrating understanding and interacting with each other, so it is very important to find a common language for engagement, a kind of public discourse if you will.

Increasingly in public life in Europe we are seeing the public discourse reduced to often inward facing discussions, the lowest common denominator and insular language.

At a time when cities are increasingly required to be globally fluent, to attract capital, people and trade, city branding which is essentially an outward facing and open activity, has an even more important role to play in broader public diplomacy.

So I would say that city branding has a role to play in enabling better internal and external communication. It is a tool for Mayors to mobilise big projects, it can help to set a shared agenda with multiple organisations and it can help build the investment into the city, so it’s fundamental to strong economic growth.

Which trends do you observe in urban management?

Cities face an unprecedented challenge. Governance models are out of sync with economic geography and urban realities. Cities are at the front-line of providing services and as such they often seem to manage despite their national governments.

I think when we look at urban management practices we are seeing a situation where city leaders are having to manage the economic reality which stretches beyond their political boundaries; this trend is clearly visible in branding initiatives.

In the UK, the economy is so driven by London that the greater South East economic region is in effect a mega-region. As a result, groups like the London Stansted Cambridge Consortium are bringing together multiple authorities and businesses to try and develop responses at scale. We will start to see more of this type of business-region branding activity. 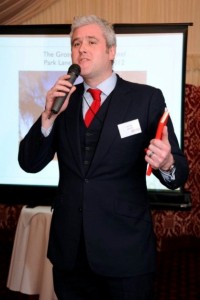 How would you describe tomorrow’s cities?

Tomorrow’s cities need to think globally and at scale. This is an incredibly important and pivotal moment in human history. Our age has recently been formally described as the Age of the Anthropocene – the moment when human activity will remain the most prominent and defining activity in the geological record.

Cities and urbanisation are a very large factor in creating that condition. Our every action now counts towards whether our future is one that is lasting or just a short blip in the fossil record.

Tomorrow’s cities then will need to lead on issues of climate change, energy use and purposeful economic growth if they and we are all to succeed. What I mean by this is that there is an opportunity for cities to shape the character of the next phase of industrialisation.

In the 18th and 19th centuries, our towns and cities were once largely places designed to house people working in mining, steel production and so on, they were shaped in the urban patterns required to fuel the industrial revolution.

Our 21st century cities need to be designed to fuel clean growth, to be dense and compact, with good public transport, and ready to export that model to every other urbanising quarter of the world.

Which are the main challenges that cities face or will face in the near future?

A common experience I think that all cities face now and in the future is the challenge of raising and channeling investment into infrastructure to keep pace and continually modernise.

This is true if you are an established city in the north of Europe like London, Birmingham, Copenhagen, Oslo – how to continue to modernise infrastructure in systems designed over 100 years ago.

And it is true in the global south; the investment challenge is one that is also driven by pace, how to get investment into transport and infrastructure systems at scale and quickly in places like Jakarta, Mumbai, Shanghai. There’s a lot for cities to learn and exchange here with each other.

Could you give us an example of a city, from the cases you have handled until now, that went through big changes and managed to add value to its place brand?

When I think about my work with London, because of its scale and stature it’s very hard to point to specifics that have contributed to the overall London brand.

The biggest factors that add value to brand are in the actions that the city leaders take, how we then describe and share that experience is important to ensure the brand benefits. Cities excel most when they show leadership, this is the value that is essentially at the heart of London’s continued success.

For instance, the congestion charge was a leading action to manage the city’s growth. It was bold and clear and is still talked about today as a leading approach to improving air quality. The hosting of the Olympics was disruptive and transformational, but as an action it continued to highlight London’s relevance and the ability of a megacity to absorb massive change and still remain competitive and functioning.

It’s really the responsibility of city brand professionals to bring together those people with a shared agenda on investment. To create mechanisms that will enable people to contribute to those big shared projects, but also to then share the experience and voice of the city widely, to champion the cause of the city with new inward foreign investors, to make the case for investment to national government etc.

London’s ‘brand infrastructure’ is now maturing and increasingly well-placed to do that.

Innovation and developmental interventions usually require capital. Where do cities look for funding?

The public sector should still keep a hand in, in order to guide and shape, but the private sector should see this as an opportunity to lead and develop innovative approaches that complement their own brand values.

Which are the main insights from your experience as a consultant and founder of Global Cities?

I set up my own practice because I wanted to share my experience and learn more about other cities of the world. It’s been such an enormous privilege over the past 8 years to work with such a diverse range of places and to learn about what is happening everywhere, from Beijing to Bogotá!

I’m often struck more by the similarities of experience and attitude than  by the differences, there’s a universal thread and a cosmopolitan outlook which I encounter increasingly.

Natural human curiosity ensures that people are keen to learn more about each other to share their own experience and make something new. I think that will be a defining feature of the 21st century, not an Asian century or an American one, but a Global century.

In your view, which is the best way to measure the success of economic development and branding initiatives?

There’s an old Scottish proverb that says ‘you don’t make sheep fatter by counting them.’ There’s a place for measurement but it shouldn’t be to the detriment of focusing on the job at hand. How will you know if it’s working? Measure yourself by the inputs that you make into the city not just the outputs. Are we investing enough? Is the investment going into the things that make people’s lives better and the city more liveable?

Connect with David Adam on LinkedIn or learn more about his work and services here.