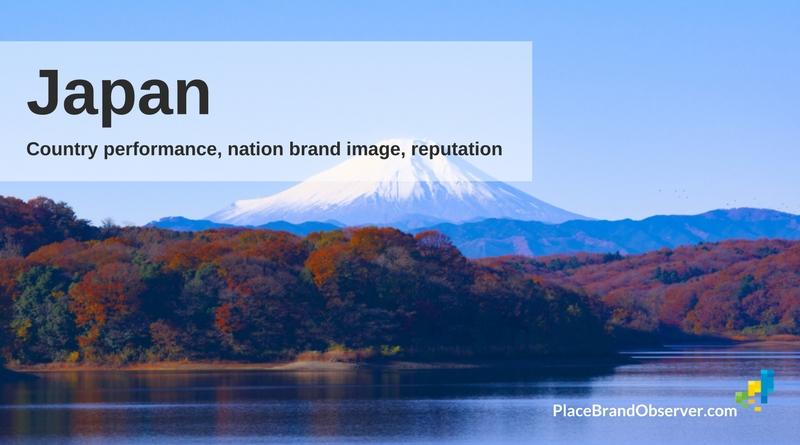 Japan: How does one of the world’s most developed economies perform in global rankings that measure talent attraction potential, public diplomacy, soft power strength and environmental sustainability? What influence have recent political developments had on the international reputation of Japan? Answers in this summary of global reports, studies and rankings on country performance, brand image and reputation.

Ease of doing business in Japan

What are the difficulties of starting a business in Japan?

Japan is ranked 34th in World Bank’s Ease of Doing Business index 2018. The country leads the ranking in resolving insolvencies. On the other hand, Japan could improve the conditions offered for starting new businesses. Lengthy and comparatively expensive procedures and high minimum capital required to start a limited liability company position Japan 106th in the dimension of starting new companies. Japan’s ranking in this index is the same as in 2017, yet significantly lower than a decade ago when it was positioned 12th for ease of doing business.

Japan’s ranking in WEF’s 2017-18 Global Competitiveness Index is much higher, 9th. The country’s strongest assets, according to the index, are business sophistication (3rd) market size and infrastructure (both 4th). It also scores in the top 10 for health and primary education (7th) and innovation (8th).

On the other hand, WEF gives Japan’s macroeconomic environment a low rank of 93rd.

Notably, the country also ranked 9th in the 2008 WEF study, showing a steady performance throughout the last decade.

How competitive is Japan’s talent?

Japan is ranked 20th in the Global Talent Competitiveness Index 2018. Its strongest dimension is enabling talent (7th) which includes the effectiveness of government, regulatory quality and cluster development.

At the lower end is Japan’s capacity of talent attraction (54th), which is determined by means of the country’s openness to foreign talent, prevalence of foreign ownership and amount of international students.

Japan’s performance in this index has also been steady during the last five years. In 2013 it ranked only one position lower (21st).

How influential is Japan in terms of soft power?

The Global Soft Power Index 2020 ranks Japan 4th overall, though an impressive 1st in business & trade. Japan’s strongest metric out of the three measured in Brand Finance‘s Index is familiarity, trailed only just by reputation and wrapped up with its lowest scoring sub factor, influence.

Japan’s strong performance in soft power over the years suggests that a people-centred approach to diplomacy is key to achieving and maintaining high influence globally.

What is Japan’s contribution to global well-being?

Japan’s overall ranking in the Good Country index is 21st, which is two positions down from the previous edition. Japan’s contribution is biggest in the dimension of international peace and security (18th) and global health and well-being (21st).

The country’s contribution to science and technology is surprisingly low (61st), taking into account Japan’s reputation as a tech-savvy country. Its contribution to world order and prosperity and equality (both 47th) also have a relatively weak score.

What is Japan’s contribution to local and global sustainability?

Japan is the regional leader in the 2018 Environmental Performance Index. Its overall global ranking is 20th, which is an impressive nineteen positions up from the 2016 results.

On the other hand, the percentage of threatened species in Japan positions it in the lower end of the ranking (129th out of 136). The country’s performance hasn’t changed much over the last five years; in 2013 its ranking for environmental sustainability was 47th.

Japan is at the very head of the 2017 Happy Planet Index for the life expectancy of its population. With an average of 83,2 years, Japan is ranked 2nd for the longevity of its people.

The ecological footprint of its population, however, places the country at the other extreme of the index, ranking it 109th out of the 140 countries evaluated in the study. Japan’s overall position in the Happy Planet Index is 58th.

Is Japan an appealing place to live?

Japan does generally well in OECD’s 2017 Better Life Index. Its performance is at the very top of the OECD in personal security. It also ranks above the OECD average in income and wealth, education and skills, jobs and earnings, personal security, and environmental quality.

How popular is Japan in online searches?

Japan’s performance in the Digital Country Index is very high, 3rd in the 2017 edition. Its performance is very strong in all of the six pillars, with exports (3rd), investment (4th), tourism (5th) and prominence (5th) all ranking in the top 5 in terms of search volume. Only talent cuts close, positioning the country 6th in this dimension of online searches.

Is Japan a strong nation brand?

Japan is the world’s 4th most valuable nation brand, according to Brand Finance’s Nation Brands Index. The country’s ranking has been steady for the past two years, assuring its position for the second consecutive year thanks to a 15 per cent growth in brand value in 2017. With a value of 3,439 USDbn, Japan is positioned before the United Kingdom and France, while the top-three of this list is composed of global political leaders –the US, China and Germany.

Country RepTrak ranks Japan lower – 12th — in its 2017 study that evaluates fifty-five of the world’s most powerful economies. Japan scores best for its advanced economy (1st) and also receives a favorable score for its good conditions of attending/organizing events (8th) and for studying (10th).

Enjoyed our summary of global rankings and indices on Japan’s economic performance, its sustainability, attractiveness for digital nomads, brand strength and reputation? Thanks for sharing!