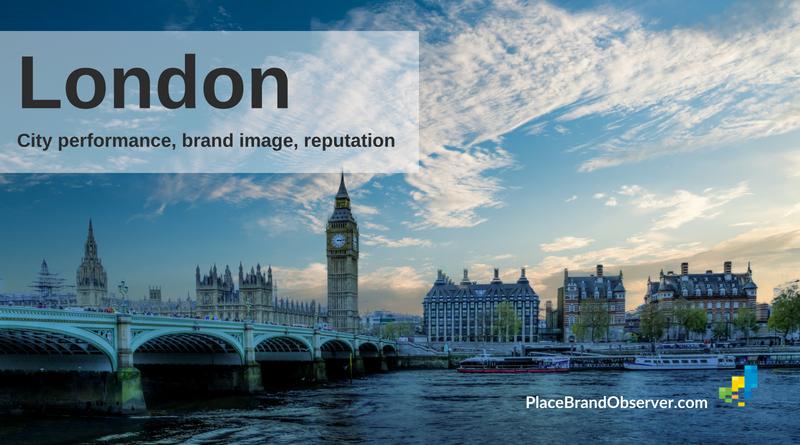 London: how does Europe’s financial hub and one of the world’s most influential cities perform in global rankings that study life quality and social sustainability? Is the Brexit-vote having any influence on London’s capacity to attract tourism and talent? What do the different indices say about the reputation of London, its innovation capacity and business attractiveness?

London leads the Global Power Cities Index (2019) for the eighth consecutive year. Apart from the overall leading position, it also tops the list in the category of cultural interaction and holds 2nd place in three of the six pillars of the study: economy, research and development, and accessibility.

AT Kearney’s 2019 Global Cities ranking puts London in 2nd place, right after New York. Not only does London score high in the Global Cities Index, but it also takes a very high stand (1st) in the Global Cities Outlook, which forecasts a city’s future growth and global influence. Here, London is the global leader in the area of cultural experience and also tops several sub-indices such as new agency bureaus, sporting events, international travellers, and culinary offerings.

London is the global leader of Resonance Consultancy’s 2020 World’s Best Cities ranking. In this study, London leads in both Programming and Promotion. The city performs strong across five of the six pillars of the indices: product (2nd), people (9th) and prosperity (8th) all fit in the global top-10 of the world’s best cities in 2020.

The study brings out that, despite terror attacks and Brexit, the city is still expected to set new visitor records after the already record-breaking numbers of 2015 and 2016. Annual visits are now more than 25% higher than five years ago. This trend seems to be continuing as the weak British Pound is benefiting international visitors, with arrivals of international travellers up (19.1 million trips in 2018).

Ipsos Mori ranks London 3rd in its 2017 Top Cities ranking. While New York and Abu Dhabi have taken the leading positions, London is still the number one city in Europe, with Paris positioned just one spot lower.

London ranks 3rd in the Innovation Cities™ Index 2019 losing its second spot from last year having overtaken by Tokyo. However, according to the Dynamic Cities Index, London is still Europe’s most vital city. The latter puts London on the first position in five of the six fundamental pillars of the study: infrastructure, interconnection, inspiration, innovation and investment. Only the pillar of inclusion has a slightly lower score.

While being a global leader in many international indices, London ranks slightly lower in the 2010 Green City Index, which considers it the 11th greenest city in Europe. Here, its strongest pillar is water treatment (8th) and the weakest is London’s transport system (16th).

London is ranked the world’s most sustainable city in 2018 by the Arcadis Sustainable Cities Index with particularly high scores in the People and Profit pillars. Ranking 11th on the environmental pillar, the study highlights London’s commitment to improving the environmental performance of the city through low emission buses, environment clean-up programs, infrastructures such as the Thames Tideway Tunnel, and citizen volunteer actions.

Among Europe’s largest cities, London tops the Cultural and Creative Cities Monitor for its enabling environment. Within this pillar, London’s strongest aspects are the quality of its governance and regulations (82.6/100) and local and international accessibility (68.1/100).

Additionally, London’s appearance in international university rankings and the number of passenger flights both receive the maximum 100-point score in this monitor.

Somewhat surprisingly, London’s lowest indicators in this study are the number of museums, sights and landmarks and theatres, where it only obtains a tenth of the maximum score.

The City RepTrak® 2018 index ranking shows London falling from a reputable 6th position from last year to the 17th position.

The performance of London as a city brand is slightly stronger than its reputation. For the second consecutive year, London ranks as the 2nd highest-rated city brand in the world in Anholt-GfK’s 2017 City Brands Index.

Enjoyed our summary of global rankings and indices on London’s economic performance, its sustainability, attractiveness for digital nomads, brand strength and reputation? Thanks for sharing!