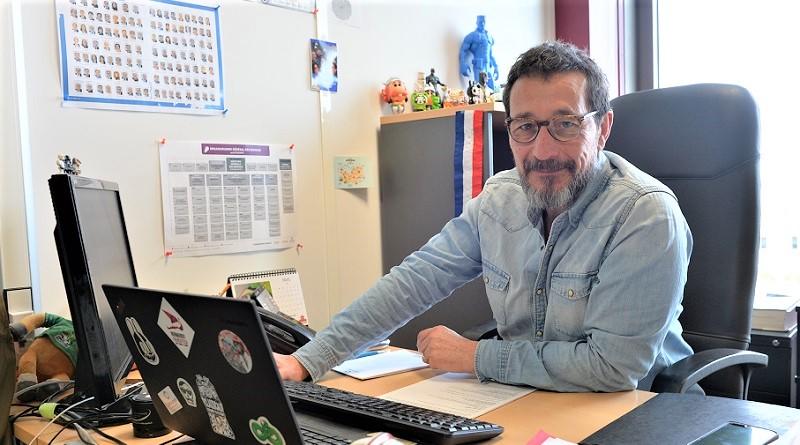 Marc Thébault, in charge of attractivity of the French city region of Caen La Mer, in this interview tells us about place branding and -marketing (“marketing territorial”) in France. He also reflects on common challenges, trends and the success factors for city marketing.

Marc, your new promotional campaign highlights the value of freedom to promote the Caen Agglomeration. Who do you have in mind when positioning Caen?

In a strong competitive environment with competing cities which are often presenting the same characteristics, figures or assets that we don’t have, we rely on our identity and our values to stand out and to be noticed.

The concept of “freedom” is very close to Caen and the Normandy region in which we are located:

You are known for involving local government politicians in your strategic communication work. How do you get them to collaborate with you, especially in connection with place marketing initiatives?

If you ask me to put trust in equations or receipts, it would be complicated. I am a believer in listening and convincing through work and results. Being humble and using evidence to back arguments. So, I’m more like a craftsman who likes a job well done, and who is willing to get his hands dirty, rather than acting as an untouchable expert without real contact to the people and place.

From your experience, how would you define an efficient, strong place brand?

In my view, there are five conditions for successful place brands. A place brand must be:

A lever. First, a brand must “premiumize” the territory in the mind of the target audience, and must allow the territory to climb (understand: “win seats”) the scale of reference on which its targets locate it.

An icon. The place brand must express the unique assets and features of the territory it refers to. This offer has to be developed and designed with the expectations of the target market in mind.

A narration. The brand will also contribute to representing the imaginary of the territory, its mythology. In this sense, the place brand is a story. Hence the need to determine the place’s “identity”, before starting any creative brainstorming.

A proposal. Place brands, by sharing the tangible and intangible assets of the territory, its values, its social capital, have to generate desire in the eyes of target audiences, which means to avoid egocentric self-promotion.

A catalyst. Finally, a place brand has to encompass – but not dominate! – already existing brands linked to the region or city’s entities, monuments, companies and places (e.g. neighbourhoods). The place brand is not intended to erase brands that already exist. It has to be inspired by those and serve them, increasing the visibility and reputation of the territory for the benefit of all stakeholders.

You have been working on different projects in France. What would you say are the characteristics of place branding and marketing in your country?

Since their official introduction in France during the years 2003/2005, the concepts of place branding and place marketing have matured. Local governments mostly employ place branding strategies for economic development, though they are now also used for more traditional local government functions, such as citizen relationship management.

However, cities in France sometimes rely on communication actions only, reducing place branding and marketing to the alignment of promotional actions. Also, it can be difficult to focus on the interest of a territory as a whole, when different institutions intend to put their own interests and promotion first.

And because elected officials are often in a hurry to produce results, place branding and marketing approaches do not always have time to bear their fruits. Changing the image of a territory can take one or two decades (or more), whereas the mandate of a city mayor in France is 6 years. This can lead to disappointment.

Which principles do you consider fundamental for successful place marketing?

First, set goals (which will also be used when evaluating the process) and take the time to analyze the market you want to conquer, the targets and the competitors.

Know how to mobilize all the key players of a territory.

Take the time to develop a complete and uncompromising identity portrait of your city or region, and ask your target audiences about the image they have of your place.

The action plan, which has to be developed and executed collectively, will be the result of these preliminary stages.

Never yield to industry trends. Following moods of the day will hamper efficiency.

What do you think are the most common mistakes committed by place marketers?

First, thinking that a political “vision” of the territory’s future means no need for a professional market study.

Reducing place branding or marketing to only communication actions.

The fatal error of letting people believe that we serve a territory, when in reality we serve an institution and its leaders, and think that nobody will notice it!

Betting on “doing like others” – places are unique, so copy/paste approaches should be avoided.

Being satisfied with the place’s representation based on strong economic performance or good position in magazine rankings. Such ranking positions are unlikely to last forever, and competing cities or regions will very likely have similar figures to present. The only real competitive advantage is the “revelation” of the territory’s “soul”, which can’t be used by competitors.

Not thinking about your target market: developing places and offers without taking into account actual demand is a widespread mistake.

Do you think technology has a role in city marketing?

Websites and social media certainly play a role in that they help places to connect their brand proposition with their target audiences, by means of triggering emotions, stirring anticipation or encouraging commitment.

Could you share with us some of your favorite projects that have enriched your experience as a place marketing expert?

I really enjoyed the campaign “Awaken the guy in you” from the city of Brive-la-Gaillarde, including the mobilization of the population around values specific to this territory.

I also liked the “Go West” campaign in summer 2017 by the French region of Brittany. Hundreds of visuals were created by the population.

I also want to mention the Lodévois and Larzac communities, which since several years are involved in the “slowbizz”, using humor to differentiate themselves from many other territories in France.

Enjoyed our interview with Marc Thébault of the Caen city region on place marketing in France – success strategies, good practice examples and pitfalls to avoid? Spread the word!