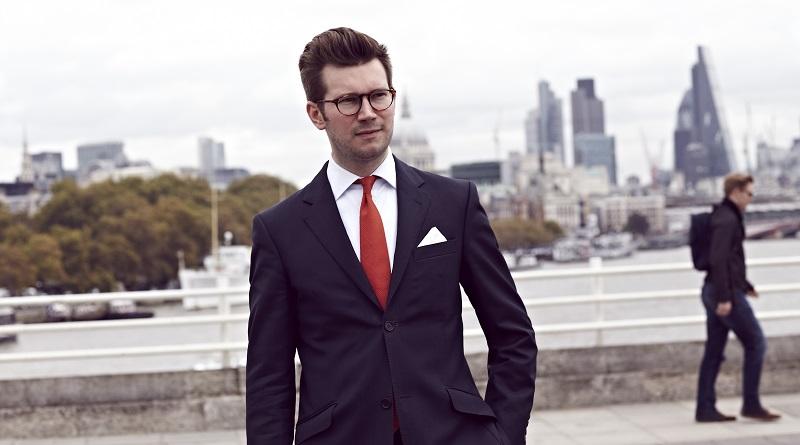 Jonathan McClory, General Manager for Asia at Portland Communications, in this interview introduces us to the Soft Power 30 study and discusses the links between soft power, place branding and country reputation, with special focus on Asia.

Jonathan, do you remember the first time you heard about “place branding”, and your thoughts back then?

It would have been around 2009. I was still working in the think tank world at the Institute for Government in London. I was doing some research on public diplomacy and came across Simon Anholt’s work, which has been a great source of inspiration to me. I was particularly taken by his work in trying to measure something quite difficult to pin down.

I thought it was an interesting concept. A reasonable way to conceptually blend public diplomacy, foreign policy, and branding/marketing.

How has your view on the topic changed since?

It has changed a great deal from when I approached it as a researcher. I think I was lucky to get my introduction to the concept as a researcher to really get to grips with it and see how it relates to other areas of International Relations – like soft power. In practice, I find that many people, on the client side at least, tend to prioritise the visual and communications elements of place branding.

I’ve realised that one needs to strike a balance between the research, strategy, & policy side of the work, and the visual elements.

For better or worse, clients tend to want to make quick progress on elements that they can see, touch, or feel. But without the right evidence base and strategy, the best designers in the world won’t be able to create the right place brand.

How does the concept of soft power link to place branding and country reputation?

I have found soft power to be an ideal analytical framework for approaching place branding and country reputation. The way I think about it, soft power assets are ultimately the building blocks a country uses to shape a positive reputation.

If you can put in place a reliable system to measure, track, and compare those assets – the sources of soft power – then you are in a much better starting position to make policy adjustments according to strengths and weaknesses, shape an overarching narrative, and develop a coherent and compelling brand.

How do you measure the soft power of countries? Which methodological approach forms the basis of your highly regarded Soft Power 30 study?

The Soft Power 30 study is built around a composite index that is unique in that it combines both objective metrics with international polling data. On the objective side of the framework, we incorporate metrics that are structured into six different categories: Government, Engagement, Education, Culture, Enterprise, and Digital.

We remain true to Joseph Nye’s original three pillars of soft power: political values, culture, and foreign policy. But we expanded on those pillars based on an academic literature review. I feel it’s important to measure and account for the tangible – objectively measured – soft power assets of a country.

However, soft power is inherently subjective, and we can’t design against that, we have to embrace it. We do that by polling 25 countries on the most common ‘touch points’ through which international audiences might experience or think about another country.

Which trends do you observe regarding the soft power of Singapore (your base), and the region more generally?

The rise of Asia is a huge topic that cuts across economics, culture, business, geopolitics, development, seemingly everything. Having relocated from London to Singapore, it is great to have a front-row seat during this period of shifting power dynamics, with the centre of gravity moving from West to East.

I think there is greater awareness in the utility of soft power and place branding as well, throughout Asia. Countries like Singapore, South Korea, and Japan understand this well, and all perform fairly well on our Soft Power 30 index.

I have yet to see a completely new approach to the practice here in Asia, but as the concept continues to gain traction throughout the region, I’m sure there will be some interesting new best practice examples to point to in the near future.

From your experience, which are the biggest pitfalls of nation branding?

Prioritising the visual and the communications elements over the substance.

Effective nation branding has to start with a proper evidence base, an account of what a country genuinely has to offer potential international partners and stakeholders. At the same time, a country needs to understand where it falls down on its reputation. What are the areas for development and how can they be addressed? From there, a strategy should not just think about how to communicate the country’s assets, but work towards improving on weaknesses and communicating on that progress.

Above all, an effective nation branding effort has to be truthful and authentic.

How can countries with a strong reputation and brand, such as Sweden, leverage from it, in Asia? What kind of public diplomacy efforts or trade mission strategies would you consider the most likely to succeed?

This is a great question and a timely one for Western countries, regions, and cities. There is a big job to do in ‘localising’ or translating place brands in Asia. Also, there is real danger in trying to think of ‘Asia’ as a whole. It is not only a huge geographic region, but incredibly diverse.

To use Sweden as an example, those charged with engaging key stakeholders in Asia-Pacific need to think about what their priority markets are. From there, they need to think about why potential partners in these markets should care about Sweden? What does Sweden have to offer that is specifically relevant to them?

I would think Sweden’s excellent reputation around design, tech, and sustainability would be relevant and interesting to many markets in South East Asia that are grappling with making their growing cities more liveable and sustainable.

Your thoughts on the Good Country index? Would you consider it a good way to measure soft power?

I do think it is a good piece of work. There are overlaps (in a good way) to the work that I started on measuring soft power, going back to the Institute for Government in 2010. It’s right to focus on objective metrics around contribution to “the global good”.

In your view, which countries have the strongest soft power right now? And which are the rising stars?

I’d certainly point to our 2017 Soft Power 30 as a good picture of soft power at present. France coming top in 2017 felt about right given the current political context. There are big question marks hanging over the US and UK for 2018 with America First and Brexit respectively.

One thing we’ll be watching out for in the 2018 data is whether or not the Asian countries included in our top 30 continue to rise. There has been a steady march upwards from Japan and China. Singapore finished higher in 2017 than in our inaugural 2015 rankings. South Korea has yo-yoed over the course of our three reports.

There are definitely a number of Asian countries that are knocking on the door of the top 30, and it will be interesting to see if Asia produces more than four top 30 countries for 2018.

Connect with Jonathan McClory on LinkedIn.