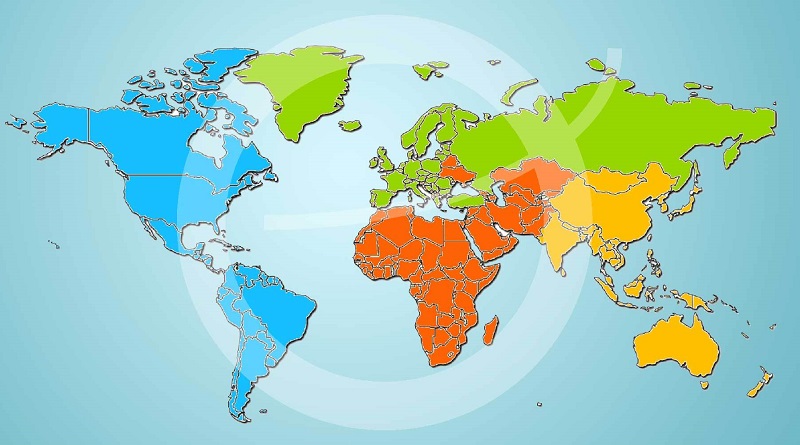 World’s cities are on a mission to become innovation hotspots. But which ones are doing well, and which are lagging behind? Innovation performance is what the Innovation Cities Index by the Australian research consultancy and data innovation agency 2thinknow has been measuring since 2007. We caught up with Christopher Hire, in charge of the ranking, to find out about the winners, losers and trends.

Christopher, which findings of the 2018 Innovation Cities Index by 2thinknow did you find the most intriguing?

One major finding of the Innovation Cities Index 2018 was that both large networked cities and small cities that are globally connected can become major innovation destinations. The improvement across both groups was considerable in some ways.

While the significant improvement of larger cities like Chicago and LA – according to the current data – might surprise some, it does not surprise others. These cities have been doing a lot of experiments in various parts of the city innovation eco-system.

Recall that the Innovation Cities Index is broad-based and measures 162 indicators covering 31 sectors of a city’s eco-system for innovation pre-conditions. The tech and start-up scenes are a big part of this, as is the university sector.

But from a city branding view, few people capture the experimental nature of Chicago’s food scene – and our 2thinknow index measures innovation pre-conditions, which shows that the food, events and hospitality sector in Chicago is quite ‘happening’ – and this is having a  flow on effect.

A city that rose frequently was Oakland. This is often an overlooked city, and one that had a negative reputation at times in the past. The city has become a kind of alternate San Fran, with many of the benefits and a lower cost base. Other virtuous cycle cities like Portland (Oregon) and San Diego (California) also rose in the ranking.

The ‘telework’ dream is becoming real – and that’s showing up in the data now. Why not live in Windsor, Canada, and commute into Detroit only occasionally. Detroit also rose this year, showing the success of precious business and community efforts.

This is similar to the previous hollowing out of developed countries, where the wealthier and poorer ends of the socio-economic scale succeed relatively better than the middle class of a given country. That is, the so-called average person feels under financial pressure, while the extremes experience improvement.

Which cities have seen the strongest increase in innovation performance since last year?

In addition to the aforementioned U.S. cities, in Europe – Athens has returned to its pre-GFC more natural higher level. Also, we could note that Berlin was now number one for innovation pre-conditions in Germany based on the data. This surprises many people, as historically the city has underperformed Hamburg and Munich, for example, with its super low unemployment rate.

But despite the grittiness of Berlin (which can be a negative) the city is ripe for movements such as Mobility As A Service, Fashion As a Service. It has a thriving start-up and tech scene, and a broad variety of government initiatives in the innovation space. The city is now ‘happening’ – so much so that 2thinknow chose to set up an office presence there (with the help of the Australian government).

Tokyo won in a very tight field by rising two places to being number one, beating London, which had been the number one in the previous two years. This was largely due to trends favouring the adoption of robotics and technology to solve infrastructure programs, as well as many experimental ideas Tokyo adopted recently to overcome the economic malaise that had plagued Japan (and the capital city, more specifically).

All Australian cities (Sydney now in top 10 worldwide) rose thanks to the aforementioned importance of broadband for sharing global ideas – as well as the success of various local initiatives and innovation policies by the federal government.

The largest declines overall were experienced by Cape Town (145 places off the back of recent policies and improved data), Louisville Kentucky (85 places), Nairobi (47 places, although this may be a temporary volatility), Suwon (46, potentially also another volatility factor), and San Salvador in El Salvador. For context, Latin American cities generally improved their innovation performance, and Mexico City’s recent eco-system changes seem to have worked, as the city is now number #1 in Latin America.

In Australia, the city of Perth declined, while other cities rose. In China, the stalwart city of Guangzhou fell, correlated to manufacturing concerns.

Generally, of interest to readers – French cities have had a temporary decline (with the exception of the capital, Paris). French cities need some direction on innovation.

Vienna also had a sizable fall after being one of the top cities in Europe, due to a lack of direction compared with the past (although the city remains 5th ranked in Europe and 19th globally, among 500 cities).

Barcelona (8th in Europe) and Madrid suffered sizable falls largely due to the impacts of local political events, although they are still in the top 10% of cities worldwide – so remain very strong destinations for innovation pre-conditions. But this shows the danger of local politics impacting global standing.

German cities suffered small to medium falls overall but – like French cities – the policies which are currently being enacted and trends will likely reverse that.

Dieselgate and other local political scandals had an outsized impact on economic indicators and sentiment in German industrial cities, which has an impact on their innovation pre-conditions. However, we think that policy conditions and the U.S. economic resurgence which 2thinknow predicted will have a flow on effect in these European capitals in 2019-2020.

In our view, some of these smaller falls are cyclical for innovation pre-conditions, so may reverse in a year or two. 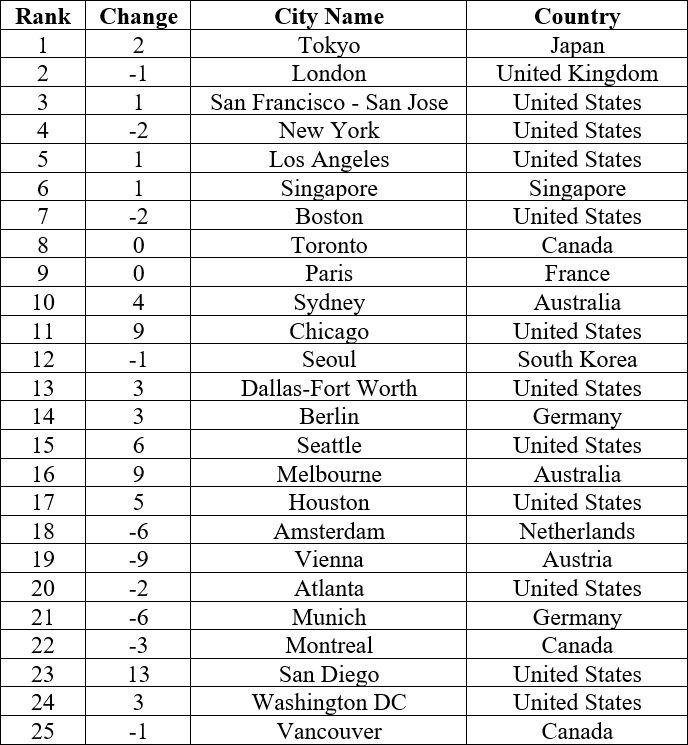 Looking back over the last five years, which trends do you observe, with regard to cities and innovation, across your criteria?

The rise of the service economy, the return of a manufacturing economy to cities, and the return of urban agriculture to the global city would be three trends that restructure workforces of cities.

Broader themes of the city as nation state (which we commented on as early as 2007) are now receding, because national governments are slowly mastering technology and building walled gardens across the internet to reign in their cities from global connections.

These are only a few of the many insights our data shows – for the annual summary, the Innovation Cities Analysis Report can be purchased.

How does the index work?

The Innovation Cites Index by 2thinknow examines around 1000 data points, filtered into 162 indicators, which are summarised into a 3-factor score measuring the ability to create innovation pre-conditions via Cultural Assets, Human Infrastructure and Networked Markets.

2thinknow has produced the city rankings since 2007, which now cover 500 cities. More information on methodology here.

More about 2thinknow here and in our interview with Christopher Hire.

Know someone who might be interested in this update on world’s most innovative cities? Spread the word!