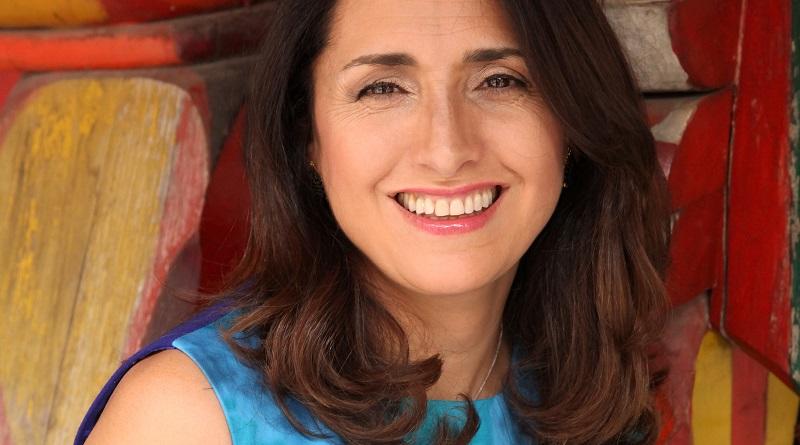 Myriam Gómez in this interview discusses Chile’s approach to country branding, how the branding of countries differs from that of destinations and how Marca Chile collaborates with the country’s economic development agency and diplomatic missions. She also looks at the growing importance of a country’s digital presence.

Myriam, do you remember the first time you thought about Chile as “brand”? What triggered your interest in the topic of country image?

My first contact with the topic of country branding and the international image of Chile was in the 90s, when Chile defined and presented its strategy of internationalization and economic integration to the world, as a mechanism of development and growth for our country.

What prompted my interest in this topic was my work in the Chilean Ministry of Foreign Affairs, in the bureau of ProChile, the export promotion agency. Here we realized that the spontaneous associations international audiences had in connection with Chile were very vague and often far from our reality. The country was commonly associated with characteristics of other Latin American markets, such as carnival, large coffee producers, political issues and insecurity.

For the last four years you served as Executive Director of Marca Chile. How has the country’s approach to place branding changed during this time?

There has been much more awareness and understanding of the importance and relevance of the value of the country’s brand by a significant number of stakeholders – both public and private. This includes a great variety of sectors, such as tourism, exports, investments, culture, sports and international relations, with whom we worked to achieve a common message, alignment of contents and a common graphic expression.

Additionally, a strong incorporation of the Chile brand has been generated at the level of different companies highlighting the country-of-origin. Most of the public agencies have become part of this strategy in terms of content and messages.

Moreover, we put a strong focus on making our work known at the local level, so that the brand becomes known within the country, and that each Chilean can be a positive ambassador, reflecting the attributes of the brand. Through social networks we encourage our “fans” to contribute to the work done by Marca Chile, also to increase the knowledge about and positioning of the country.

Having worked for the Chilean economic development agency previously, how important do you consider country branding as tool for attracting talent, investment, businesses?

With appropriate management of a country’s brand, it is possible to publicize and position the differentiating attributes of a nation to the audiences.

Earlier in your career you also served as CEO of Chile Tourism. To your mind, how does destination branding (on a national level) differ from country branding – in practice?

The Destination Brand and the Country Brand have many common contents and attributes. Just to name one example: the attribute Territory of Extremes. But the Country Brand is much broader and represents all sectors of the country. It includes the different attributes of Chile such as, for example, reliability and diversity of our territory. As such it is not only about tourism, but also works for astronomy, conservation of national parks, scientific research, vocation to overcome adversity, and the resilience of the Chilean people.

Recent elections in the USA, Germany and elsewhere have shown how important online platforms and communication channels such as Facebook have become for people’s knowledge about places. What role does Chile’s “digital country brand” play for destination branding and economic development promotion?

The digital country brand plays a fundamental role for the knowledge of the different places and scenic attractions of countries, and their respective positioning. That’s why country brand agencies and public tourism entities have focused their human and financial efforts on digital issues. This includes investments in social networks such as Facebook, Twitter, Instagram, LinkedIn, but also digital campaigns and mobile applications to make visible the culture, gastronomy and tourism offers of the country.

Apart from digitalisation, which other major trends are likely to influence the work of country and destination branding professionals in the years ahead?

Promoting the reputation of the country by being a protagonist in cutting-edge issues of global concern for society, such as sustainability – especially the protection of marine areas – or construction of one of the most important networks of national parks worldwide. Also, scientific research in Antarctica.

Another important issue, from my point of view, is the active involvement of the local community in being real connoisseurs and ambassadors of their country. Along with involving the diaspora through development projects in priority areas such as education, innovation and technology.

Securing adequate funding for place branding and marketing initiatives is often a challenge. How do you measure success and demonstrate return on investment of your branding work through Marca Chile?

Demonstrating the return on investment of country branding is undoubtedly a very complex issue because of the multiple variables and sectors involved. Additionally, we should not forget that what an organization like Marca Chile does is to manage the intangible aspect of a country.

Notwithstanding the above, there are some indicators that can be used for this. First, the level of knowledge and familiarity of Brand Chile in target markets, and how it has evolved in markets such as the United States and Latin America.

Another indicator of the return on investment is the positive evolution of the value of Chile as nation brand, which in 2017 was estimated to be worth US $301 billion, according to the latest Nation Brands 2017 report, released by the consultancy Brand Finance. The study evaluates country brands based on various indicators, such as attractiveness for investment, society, human capital, market development, society (which includes security and quality of life), and goods and services (which also includes tourism).

According to this index, Chile is in the top 40 of most valuable country brands worldwide. In Latin America we are only preceded by Mexico, Brazil and, only one position away, Argentina.

Also, compared to 2016, Chile was among the 20 countries whose brand value had improved the most, with an increase of 31%.

In short, to determine ROI of our country- and destination branding work, we combine analysis of perception studies, indicators measuring country brand strength and value – such as the Nation Brand Index or the research by Brand Finance – as well as a series of competitiveness indicators of the country. We also take into consideration international recognitions obtained in Tourism, Exports and Investment.

Public diplomacy being a key part of country branding, how do you involve Chile’s diplomatic missions overseas?

How do you engage your citizens and businesses, to make sure their actions and stories align with Brand Chile – and the other way around?

Mainly through permanent campaigns at the local level that show the identity aspects of the country and foster national pride. Programs that encourage the use of the country brand in those companies where the origin of the place adds value to their internal and external positioning.

Today, more than 400 companies use Brand Chile in their marketing material and digital promotions. We also have strategic alliances with the different export business associations in the country.

Enjoyed our interview with Myriam Gómez on Brand Chile and the nation’s approach to country branding? Spread the word!