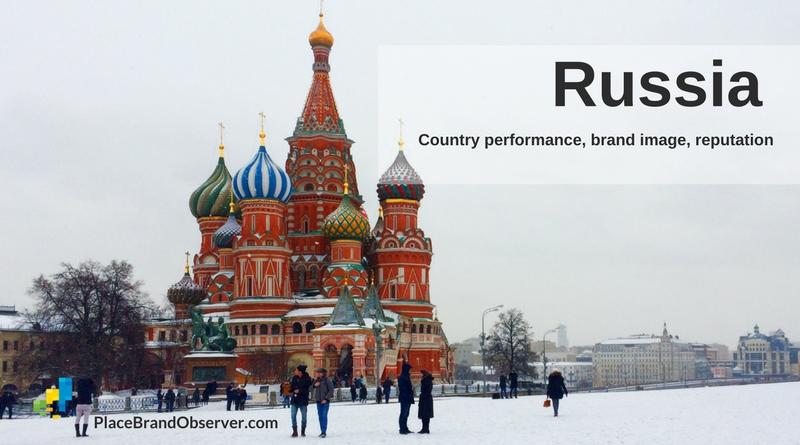 Russia is without a doubt an important influencer in geopolitics. But how do the different indices evaluate Russia’s competitiveness in terms of doing business, attracting talent and sustainability? Here we give you an overview of Russia’s performance in the leading global rankings that give an insight into these topics.

Ease of doing business in Russia

Is bureaucracy an obstacle for doing business in Russia?

Russia ranks 35th in World Bank’s 2018 Ease of Doing Business Index. Within the region of Europe and Central Asia, it scored highest for ease of getting electricity (4th) and for enforcing contracts (5th). Trading across borders (20th) and dealing with construction permits (i.e. bureaucracy, 15th) in Russia are seen as somewhat more problematic in this yearly study. In comparison to last year’s index, Russia’s ranking has improved by 5 positions.

Russia ranks 38th among the 137 countries surveyed in the World Economic Forum’s Global Competitiveness Index 2017- 2018 edition. Not surprisingly, its best asset is its market size (6th), however, the development of the financial market itself was ranked very low, 107th. In ten years’ time, Russia has improved its overall ranking in the Competitiveness index by 13 positions.

For the second consecutive year, Bloom’s Digital Country Index gives Russia 20th position in its global study, which is based on online searches about the country. In this regard, Russia’s most sought-after features/topics are exports (14th) and investment (17th), while tourism infrastructure (48th) still has room for improvement as a sought-after asset, judging by online searches.

What are the living conditions like in Russia, according to indices of environmental sustainability?

In WEF’s Travel and Tourism Index Russia is given 77th position for its environmental sustainability. In five years’ time, the country’s improvement – according to the index – has been quite remarkable, as in 2013 it ranked much lower: 134th.

While Russia showed a positive change in WEF’s evaluation of the country’s environmental performance, the ultimate Environmental Performance Index trend for Russia is the contrary. In just a year it fell twenty positions and is now ranked 52nd among the 180 participant countries.

Russia is not doing too good in the Happy Planet Index, according to which it is in the bottom end of the ranking in terms of its ecological footprint (121st out of 140). Its strongest pillar is equality (44th). The overall ranking of Russia in the Happy Planet index is 116th.

OECD’s Better Life Index points out that the Russian Federation has made progress over the last decade in improving the quality of life of its citizens, despite lower than average scores in some topics on the Better Life Index.

The country scores above average in education and skills, and work-life balance, but below average in the dimensions of subjective well-being, income and wealth, jobs and earnings, personal security, environmental quality, housing, civic engagement, social connections, and health status.

In general, the index suggests that Russians are less satisfied with their lives than the OECD average.

Is Russia an attractive place for talent?

How much effort is Russia putting into global well-being?

Russia’s overall ranking in the most recent Good Country Index  is 65th. Its smallest contribution is in the dimension of prosperity and equality (116th). Its strongest pillar is health and wellbeing (43rd). Russia’s ranking has improved remarkably in comparison to the first edition of the index, where it ranked 95th.

The Soft Power 30 Index (which looks at how nations are able to influence other countries through persuasion and appeal rather than military or economic force) ranked the Russian Federation 26th  in its 2017 study. This is one position higher than in the previous year’s ranking. In comparison, in 2017 France was seen as the country with biggest soft power, leaving the UK and USA on second and third position.

Russia as a nation brand

How strong is the reputation of Russia as a nation brand?

Brand Finance similarly ranks Russia in terms of Global Soft Power (2020) positioning the Northern nation 10th. Both China and Russia are considered to have upset the Western liberal soft power status quo. That said, the two nations perform comparatively strongly in terms of influence through less favorably in terms of reputation, conversely positioned amongst most Western nations measured in the index.

With its 17th position, the Russian Federation is not very close to the top five most valuable nation brands, according to the Nation Brands Index, namely the U.S, China, Germany, Japan and the UK. However, Russia’s 2017 position is one up from 2016, which equals a 13% increase in nation brand value.

Enjoyed our summary of global rankings and indices on Russia’s economic performance, its sustainability, attractiveness for digital nomads, brand strength and reputation? Thanks for sharing!