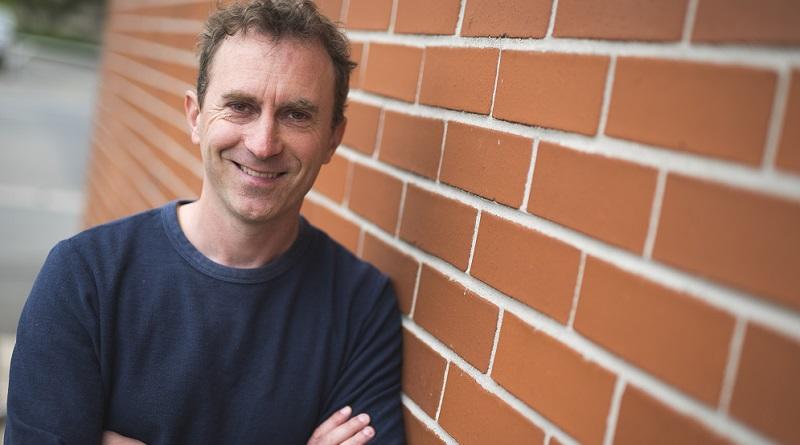 Stefan Roesch, producer, speaker and film tourism consultant in New Zealand, in this interview introduces us to the fascinating world of film, and how it connects with destination marketing, place branding and tourism.

Stefan, do you remember the first time you thought about film in connection with tourism? What got you interested?

Yes, I do remember this very clearly. In January 2003, I came across an online news article that talked about significant numbers of The Lord of the Rings fans flocking to New Zealand in order to seek out the film locations. I was instantly fascinated and asked myself: Why on earth would you travel to the other side of the world and spend all that money on location hunting when all you get to see is an empty landscape – with no actors or film sets in it?

New Zealand has built itself a formidable reputation both as tourist destination and film(ing) location, despite its very remote location. To your mind, what makes it special – what is its secret to success?

New Zealand provides the ideal mixture of spectacular natural assets, a professional tourism infrastructure and a safe environment. On top of that are several layers of storytelling that appeal to a wide range of demographics: it is the adventure capital of the world, was the last country ever discovered and has a starring role as Middle Earth.

In your view, which feature films have most influenced the branding of New Zealand as tourist destination?

The first feature film that put New Zealand on the map was Jane Campion’s The Piano (1993). The main location of Karekare Beach is still visited by film fans today. In saying that, the promotional power of The Lord of the Rings, and to a much smaller extent The Hobbit, has been unprecedented. More than 20% of all international tourists take part in some form of Middle Earth experience every year and the Hobbiton film set has become one of the top attractions in the country, with more than 300,000 visitors a year.

To what extent are feature films influencing our perceptions and the reputation of places?

Research indicates that one in four adults are inspired by movies and TV series when selecting their holiday destination. The promotional power of film productions is based on several factors. They have a significant reach and high market penetration, imbue places with an emotional story and are literally ‘free’ advertising for a business or destination. In addition, location placement is not perceived as a direct sales instrument.

Despite the overwhelming evidence of how beneficial film productions can be for places seen on screen, film tourism still seems to be regarded as the poor cousin by many destination marketers.

This is surprising when taking into consideration that over the past ten years, we have seen a significant increase in the production of high-quality drama TV series, which has prompted the appropriate term ‘The Golden Age of Television’.

In which ways are New Zealand films (be they local, international co-productions or Hollywood runaways) helping the country to keep up its proposition of a “100% Pure New Zealand”?

Naturally, many feature films that come out of New Zealand promote its beautiful and diverse landscapes. It has been portrayed as a fantasy land (The Lord of the Rings, The Hobbit, The Lion, the Witch and the Wardrobe, The Shannara Chronicles), as Japan (The Last Samurai), Oregon (Pete’s Dragon) and Australia (The Light Between Oceans).

Add to that local films such as The Piano, The World’s Fastest Indian, Whale Rider and Hunt for the Wilderpeople and you end up with a steady stream of location placements that significantly underpin New Zealand’s destination brand of 100% Pure.

How can film tourism be incentivized and facilitated, e.g. by destination marketing or economic development agencies?

There are two aspects to this: promotion and product. The key is to have both of these elements aligned, as is the case with Northern Ireland and Game of Thrones. The country is officially being promoted as ‘Game of Thrones Territory’, with taglines such as “Views to die horribly for” and “A holiday that won’t cost you an arm and a leg”.

Should film fans follow these fantastically quirky calls to action and decide to “invade with friends and family this summer”, they can choose from a range of GoT film tourism experiences, be it guided film location tours, archery, horse trekking or an evening banquet. On top of that, Tourism Northern Ireland has collaborated with Northern Ireland Screen and production company HBO to showcase 26 iconic film locations through on-site photo panels and a location app.

Then there are the ‘Doors of Thrones’: In January 2016, storm ‘Gertrude’ ripped through Europe and felled two trees from The Dark Hedges, which is an iconic location for many fans. Rather than disposing of the debris, the wood was used to hand-craft ten doors decorated with motives from Game of Thrones – Season 6. The doors were then placed at popular pubs or restaurants in the vicinity of a location. This is a very clever way to ensure regional spread.

Northern Ireland has made all the right steps to ensure that film fans have a memorable and immersive experience and I’m very pleased that I was able to contribute my expertise to the development process.

New Zealand’s capital, Wellington, used the Lord of the Rings and Hobbit movies as opportunity to promote itself as “Middle of Middle Earth”. Do you have other examples where cities took advantage of films for their branding, and the resulting impact?

The classic example would be the city of Salzburg in Austria, made world-famous by the musical The Sound of Music (1965). Over 300,000 fans continue to visit the film locations every year.

The city of Bruges in Belgium has heavily marketed itself on the back of the thriller In Bruges (2008), which portrays the city as a dark, gritty place and a backdrop for brothels, shootouts and killings. Subsequently, visitor numbers have increased manifold.

London is another prime example of film-based destination marketing and has a strong history in location placements thanks to movies such as Notting Hill (1999), various James Bond movies, Sherlock (TV Series, 2010-2017), Paddington (2014) and many others. Film London and VisitBritain are working very closely together to maximise the spin-off effects for the city. And for a good reason: In 2014, screen tourists brought between £100 million-£140 million to England’s economy, most of which was spent in the capital.

In 2014, Mexican officials offered a sum of 20 million US dollars to the filmmakers of James Bond – Spectre in order for them to make certain adjustments to the script and the casting decisions so that the film location of Mexico City would be portrayed in a more positive light than originally intended. This is certainly an extreme example, yet it illustrates the worldwide competition by countries and regions for film productions and their subsequent PR effects.

Looking ahead, which trends or influences do you think will have most impact on destinations in connection with film tourism in the next years?

There has been considerable growth in TV-based tourism over the past decade. A study commissioned by HBO in 2015 with 2,000 participants illustrates that TV series have definitely caught up to feature films when it comes to the market share distribution in film tourism. Amongst the ten most popular film locations, five were based on TV series. Consequently, a majority of the world’s film commissioners believe the future film tourism market share will be either mainly or slightly dominated by TV series (59%).

Talking about growth, China is becoming increasingly important as a market for outbound film tourists. Film commissioners see the most important future outbound market of film-induced tourists as China (24%), followed by the U.S. (17%), Germany (17%) and the UK (15%). India (9%) and Japan (7%) are two additional markets with growing significance.

I believe that film tourism is slowly coming out of its niche and will become part of mainstream tourism.

Which advice would you give to countries or regions that are considering using feature films as a channel for promotion and branding?

Speaking from experience, I would look into the following aspects:

I realised that there is a real market gap for an online resource that provides in-depth, immersive, emotional and specialised film tourism content for the fans. Following up on that, filmmaker Pennie Hunt and I founded FilmQuest last year, an online platform featuring the world’s iconic film locations, the best on-site experiences and film tourism-related stories around people and places.

Enjoyed our interview with Stefan Roesch on the connections between films, destination marketing and tourism? Spread the word!