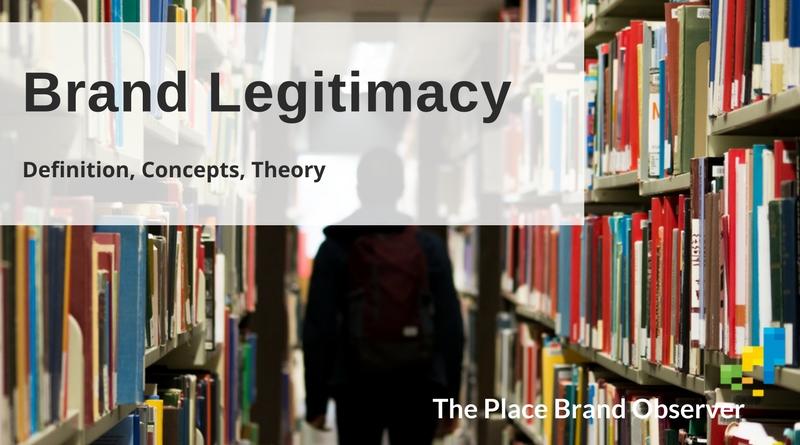 Brand legitimacy: a concept which, just like brand integrity, credibility and authenticity, is gaining importance, especially in connection with political and business actions and (lack of) leadership, such as in connection with place branding initiatives.

Legitimacy: what it is and why it matters

Further, as Cheney and Christensen (2001) have shown, an organisation’s legitimacy depends at least as much upon the views of its internal publics as those of its external ones. When applied to a county or nation, the internal publics are all those organisations, as well as individuals, whose collective efforts and agreement are required to manage a cohesive national identity (Anholt, 2007).

To be avoided: legitimacy gap

As discrepancies between a projected or intended identity and its reception occur, identity itself becomes an issue to be managed (Christensen & Cheney, 1994). Sethi (1979, p. 65) used the term legitimacy gap to theorise the discrepancies that can occur between public perceptions of what an organisation [or, in this case, a nation] is doing and what is expected of it.

In order to avoid a legitimacy gap (Sethi, 1979), and to prove its credibility, a place brand thus has to be realistic and accurate (Hart & Stachow, 2010). Political and business leadership plays an essential role in this regard.

The role of political and business leadership

A place brand’s espoused values need to be reflected not only in political leadership (Allan, 2011), but also in the attitudes and behaviour of key companies (Dinnie, 2008).

As Allan (2011) has noted, how “leadership is practiced says a lot about the way the place is governed, its values, and…how it wants to be seen by the rest of the world” (p. 88).

The actions and declarations of a country’s political and corporate leaders “can attract or repel people, institutions, companies, investors, and tourists” (Allan, 2011, p. 82).

With regard to the role of a country’s government as key influencers of the perceived credibility, integrity and thus legitimacy of a national brand, Roper (2012) stresses that amidst increasing perceptions of environmental and social risk, “governments are required to rethink their core priorities and be seen to be acting in the ‘public interest’” (p. 5). Roper further notes:

Regardless of the fact that business and governments may or may not see a need for change, be it from an environmental, moral or economic perspective, the sub-political (Beck, 1997) uprising of society in response to risk can present an ultimatum: change or suffer a fundamental loss of trust, reputation and legitimacy. (2012, p. 3)

A very similar scenario is presented to business organizations who, according to Bonini, Hintz and Mendonca (2008, p. 1) “must act on global warming and other issues to narrow a general trust gap between them and the public.”

Legitimacy means living up to your place brand promise.

However, achieving the concerted action necessary to leverage off a green place brand in particular can be difficult due to the diverging interests of a multitude of stakeholders and players, such as business, communities, government, each of which might support or detract from the ambitions of a green place brand (Insch, 2011).

The situation is further complicated by the fact that “business and governments face issues that stem from complex discursive struggles, both within their own sectors and across other sectors, both nationally and internationally” (Roper, 2012, p. 4).

According to a report by UK-based research consultancy AccountAbility (2007; see also Roper, 2012), businesses and governments find themselves in a paradoxical situation: while governments fear loss of national competitiveness and electoral support if they were to impose costs or lifestyle changes, businesses eager to develop and market “climate friendly” products and services are constrained by the lack of clear regulations and emissions pricing.

Roper (2012) makes out neoliberal ideology as one culprit, since it opposes government interference in business practice. However, she also suggests that, while the neoliberal view is still dominant in countries such as New Zealand, “it is being challenged both here and elsewhere…[in] the form of business imperatives, as well as moral arguments” (p. 15):

Climate change, along with the other major environmental (and social) problems of the world, is a global issue. It is no longer feasible for nation states to act independently of international opinion. This is especially so for countries such as New Zealand that rely on access to global markets. (Roper, 2012, p. 15)

In sum, place brands have to be realistic and accurate in order to be successful (Hart & Stachow, 2010), even more so where claims of environmental sustainability or other green credentials are made. A holistic approach rather than words alone is needed to create and sustain a positive reputation and trusted place brand (Anholt, 2010).

A viable place brand requires clear leadership (Allan, 2011), the incorporation of tourism, economic development, and a sense of place (Morgan, Pritchard, & Pride, 2011), and the reflection of the espoused values in the attitudes and behaviour of key companies (Dinnie, 2008).

Apart from actions and discourse emanating from a place’s internal publics, such as leading politicians and businesses, media representations of places form an essential part of a country’s or nation’s perceived credibility and legitimacy (Mutch & Aitken, 2009).

Know of a new author or perspective on brand legitimacy? Help us develop this page further and in exchange benefit from free access to our premium content: get in touch for details.