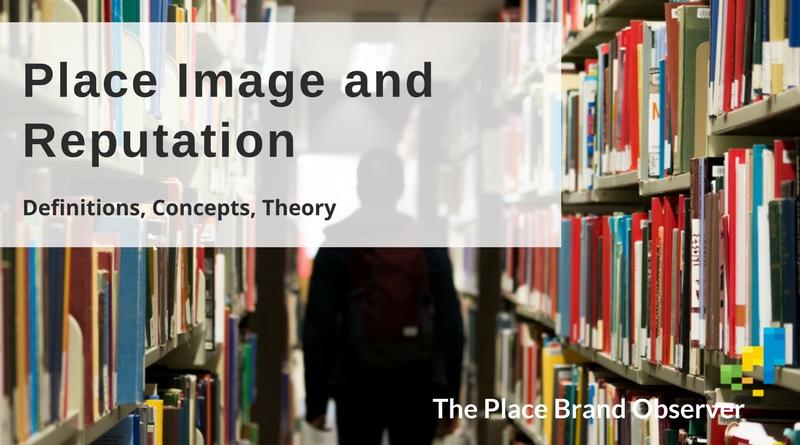 Place branding is about influencing people’s perception, the image they hold of a particular place, be it a city, region, country or tourist destination. But what exactly are place images and how – or due to which factors – does a place gain a certain reputation?

According to Haider, Kotler and Rein (1994, p. 3), place images are “the sum of beliefs, ideals, and impressions people have toward a certain place.” Shields (1991), on the other hand, regards place images as “the various discrete meanings associated with real places or regions regardless of their character in reality” (p. 60).

Various authors have stressed that people’s perceptions of places tend to be vague (O’Shaughnessy & O’Shaugnessy, 2000), and do not necessarily reflect local realities (Anholt, 2007; Dinnie, 2008; Walsh & Wiedmann, 2008). According to Anholt (2007, p. 1), people “navigate through the complexity of the modern world armed with a few simple clichés, [which] form the background of our opinions.”

Even though people’s associations and experiences with specific places are likely to differ due to distinctive needs and purposes (Hankinson, 2004; Hart & Stachow, 2010; Relph, 1976; Warnaby, 2009), when shared and widely accepted, their images can become stereotypical for those places (Boisen, Terlouw, & Bouke, 2011).

Perceptions derived from stereotyping, “the process of generalizing to an entire class of objects from a limited number of observations” (Papadopoulos & Heslop, 2002, p. 295), are not easily altered as once established, the core images on which those stereotypes draw tend to be persistent and stable (Coyle & Fairweather, 2005; Shields, 1991).

Therefore, “even when we hear something new and surprising about another country, this may not affect our mental image of the country at all, which remains securely stowed in the mental compartment marked fundamental beliefs” (Anholt, 2011, pp. 29-30). The truth is:

Barring their close neighbors, most people in the world really only respect, occasionally think about, claim to know about, and generally admire a maximum of 14 or 15 countries apart from their own, and these are major, industrialized democracies in Western Europe and the English-speaking world, plus Japan and Brazil. (Anholt, 2011, p. 30)

While this might sound exaggerated, the message is clear: a high profile, or respect, does not come easily to those countries not part of the international political or economic elite. In those cases, extra effort is required to create a favorable image overseas.

Yet, place images cannot easily be controlled (Papadopoulos & Heslop, 2002). As noted earlier, places “are surrounded by entire symbolic complexes of images originating from diverse sources” (McGibbon, 2006, p. 142), and, as Papen (2005) has noted in a tourist destination context, are often subject to competing discourses.

Because no whole picture of a place exists “that can be ‘filled in’ since the perception and filling of a gap lead to the awareness of other gaps” (Shields, 1991, p. 18), place images are highly diverse and multi-faceted, “partial and often either exaggerated or understated” (Shields, 1991, p. 60).

Whereas a sustained impact of single events on people’s image of a place is unlikely following the argumentation of the conservative and inert nature of place images once established, this is not to say that place myths and stereotypes might not change, for example as a result of changes in societal expectations (Roper, 2010).

In fact, clichés, stereotypes or prejudices are likely to gradually change if the people and organizations in those places start to change what they do and how they behave (Anholt, 2007).

Understood as the aggregate of place images over time (Passow, Fehlmann, & Grahlow, 2005), reputation differs from image in that it is centered on long-term impressions built around numerous images and actions (Fombrun & Shanley, 1990).

In an organisational context, according to Rindova, Williamson, Petkova, and Sever (2005), reputation is generally attributed two dimensions: first, how stakeholders perceive the quality of specific attributes in the context of the organisation, and second, the degree to which an organisation is recognized collectively.

Also, from a business perspective, reputation has been defined as the combination of a firm’s public prominence, its public esteem, and the qualities or attributes associated with it (Carroll, 2011b).

Carroll and McCombs (2003) argue that for firms to acquire a reputation, the public must first think about them. In other words, public prominence refers to the degree to which a company or organisation is recognized on a large-scale and salient in the minds of stakeholders (Carroll, 2011a, p. 223; Rindova et al., 2005).

Public esteem stands for “the degree to which the public likes, trusts, admires, and respects an organisation” (Carroll, 2011a, p. 224).

The six dimensions of national reputation

The importance of social appeal, or public esteem, is further emphasized by the six dimensions of national reputation identified by Passow et al. (2005, p. 313) as:

Clearly, if countries are increasingly expected to act as responsible members of the global community (Anholt, 2010a, 2010b), then their perceived emotional, leadership and social appeal in particular will be essential for their ability to build and maintain a favorable reputation.

Papen, U. (2005). Exclusive, ethno and eco: Representations of culture and nature in tourism discourses in Namibia. In A. Jaworski & A. Pritchard (Eds.)Discourse, communication and tourism. Clevedon, United Kingdom: Channel View Publications.

Know of a new author or perspective on place perception, image and reputation? Help us develop this page further and in exchange enjoy free access to our premium content: get in touch for details.