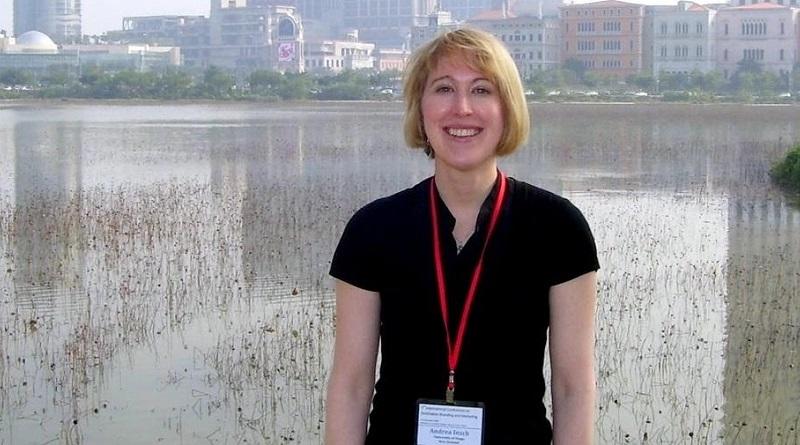 Andrea Insch, Senior Lecturer at University of Otago in Dunedin, New Zealand, in this interview discusses the potentials and problems of green destination branding, and elaborates on New Zealand’s ‘100% Pure’ brand positioning – widely regarded among the longest and most successful destination brands.

Andrea, do you remember who or what triggered your interest in place branding?

Good question. I have been interested in a related concept, country-of-origin, for as long as I can remember. This interest has inspired me to look at a number of resource-intensive industries, such as mining, agriculture (especially meat sectors) and tourism where the connection to place in relation to the natural environment is inseparable.

I became specifically interested in place branding and its associated incarnations (place marketing, destination marketing), through meeting Dr. Magdalena Florek in 2006-07, while Magdalena was working at the University of Otago. Dr. Florek inspired me to look at place branding as a phenomenon in its own right and to start investigating various aspects of place brand communication and resident satisfaction with place branding in New Zealand and in Dunedin in particular.

Based on your research, which are the potentials and the problems of building green destination brands at a national level, and particularly as regards to New Zealand?

The challenge at the heart of building and maintaining green destination brands is to ensure that as a nation New Zealand can live up to its environmental aspirations and claims. Tourism is clearly the face of the 100% Pure campaign, but all natural resource sectors, particularly dairy and meat, have substantial ecological footprints, which influence the country’s brand image. The famous tagline – 100% Pure – and accompanying associations of ‘clean and green’ are invaluable in helping exporters in general and the tourism sector in particular, but they are clearly aspirational and concerted action is needed across New Zealand society to maintain this image and reputation.

In this regard, the positioning of New Zealand as a clean and green nation should also consider the environmental values and attitudes of its citizens and how policies to attract tourists impact on this image in the marketplace.

Like any other place brand, the aim of New Zealand’s place branding is to motivate supporters (including residents and tourists in this instance) to live and breathe the brand through initiatives to protect the natural environment.

As the interest in green destination brands is growing both from supply and demand side, do you see New Zealand (still) well positioned vis-a-vis new entrants (competitors)?

New Zealand as a country brand and a tourist destination is still perceived to ‘punch above its weight’ in global markets. However, in recent years New Zealand as a tourist destination is facing increasing competition from a range of new competitors in Asia, South America and Central Europe, as well as traditional ones like Norway and Iceland. Two indicators of the competitive market situation are:

In terms of how the country brand is linked to perceptions of New Zealand as a tourist destination, according to FutureBrand 2012-13, New Zealand is placed 5th after Switzerland, Mauritius, Finland and the Maldives, with respect to perceptions of its natural beauty. More recently (2014-15), the same organization ranked New Zealand in third place in terms of perceived environmental friendliness, after Switzerland and Norway. This is of course just one assessment of how people in other countries see New Zealand and its values. New Zealand is also ranked quite highly on a number of measures such as ‘pristine natural environment’ in the World Economic Travel & Tourism Competitiveness Report 2013.

Taking our strong position in terms of how New Zealand is perceived internationally together with the competitive intensity of the tourism industry, New Zealand should continue to focus its positioning as a niche destination and continue to implement initiatives to reinforce its image as environmentally responsible and the destination for superior authentic experiences.

What is your opinion regarding the ‘100% Pure New Zealand’ branding and its evolution during its 15 years of existence?

One of the indicators of success is the longevity of the campaign and how it evolved to incorporate more of the experiential aspects of the brand.

Another major indicator is its success, in conjunction with exposure gained through the ‘Lord of the Rings’ (LOTR) film trilogy, to raise the awareness of New Zealand as a destination. The campaign appears to have successfully forged an emotional connection with New Zealand for visitors and triggered their interest in a country which is a long way from most places around the globe. The campaign has also embraced a variety of communications platforms to access the minds and hearts of potential visitors – whether it be print, television and cinema advertising, the internet (www. purenz.com; www.newzealand.com), social media and featuring as the location for reality TV shows.

You recently published a research article about the residents’ role in building city brands. Which are the key insights presented in the article – and how has your research changed/evolved since you submitted the article for publication?

The lessons to be learned from this study of a selection of residents in Dunedin is that city brand communication and official branding campaigns do not always resonate with residents – a city’s most important stakeholder.

Further, there might be particularly formidable barriers to include and encourage resident participation and engagement in the city branding process. The past actions of local governing authorities might engender apathy or negativity among residents towards council-sponsored city branding campaigns. Over time, residents might become disconnected from the city brand, which they feel should represent them and their city.

Following on from this piece of research, my current research is focused on examining the perceptions of other stakeholders involved in place branding on the merits of this practice. I am also interested in the rise and fall of cities in New Zealand. 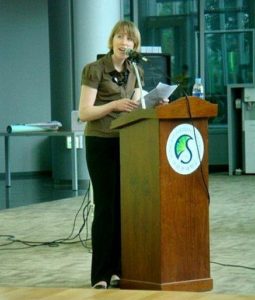 Lately New Zealand has developed film tourism, particularly through the Hobbit film trilogy. Does this reflect the country’s choice to embrace cultural industry as a strategic component of Brand New Zealand?

This is another particularly interesting question. I am not sure that film-tourism or leveraging the exposure that New Zealand gains from films shot in New Zealand is the same as promoting cultural industries as a component of Brand New Zealand.

Tourism New Zealand continues to work alongside other agencies, like the New Zealand Film Commission and Film New Zealand to take advantage of associated promotional opportunities, including filming of Disney’s ‘Pete’s Dragon’ in New Zealand. There are definite synergies, particularly in the marketing of New Zealand as Middle Earth, but I think that Brand New Zealand is more than that and New Zealand culture and its cultural industries encapsulates more than the film industry.

I think that Brand New Zealand, through the New Zealand Story is attempting to communicate a set of values that reflect New Zealand and New Zealanders, that move beyond the focus on 100% Pure and the tourism sector as the drivers of Brand New Zealand.  Such an approach incorporates the cultural industries, alongside other economic sectors, to take advantage of additional synergies between people, place and the country’s portfolio of value creating enterprises.

How can the Place Brand Equity concept help city and destination marketers and branders to measure the success or effectiveness of their place branding initiatives – at city level or nationally?

I think that the concept is particularly useful when it is applied to understand the premium that a place (town, city, region, country etc) can obtain from its target audience, compared to a similar place experience.

There is also value in monitoring changes in the equity of a place brand to identity factors that might contribute to willingness to recommend the place to others, return to the place, or vice versa where a place has lost its cachet and individuals begin to discount it. There is also a lot to learn about a place in terms of its primary brand associations and how they are connected to each other and change over time.

Connect with Andrea Insch on LinkedIn or visit her staff profile here.