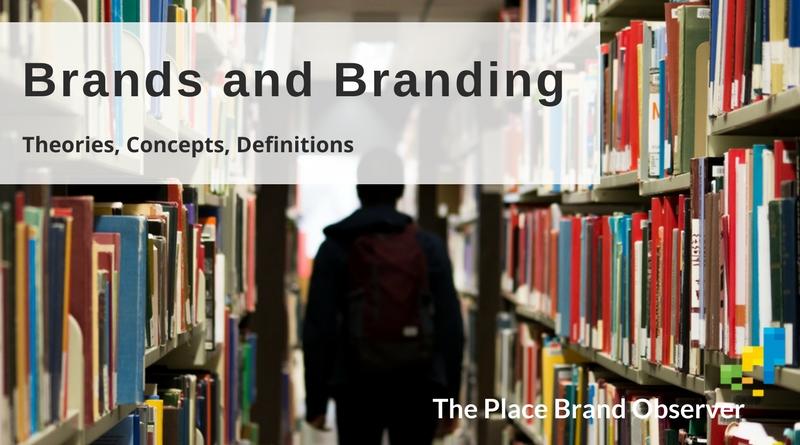 Most of us read about and use the terms brand and branding all the time. But what exactly is a brand, or why does the way we brand something like a city or country matter such a great deal?

Definition of brand and branding

At its simplest, a brand is “a product or service or organisation, considered in combination with its name, its identity and its reputation” (Anholt, 2007, p. 4).

As “trust broadcast system” (Anholt, 2010, p. 23), branding is the process of promoting selected images (Gold & Ward, 1994) in order to establish a favorable reputation (Anholt, 2007). Branding plays a role in most spheres of life, including “political, social, and cultural, official and unofficial, private and public” (Anholt, 2010, p. 23).

Provided they manage to create a favorable impression in the consumer’s mind (Moilanen & Rainisto, 2009), brands can be of immense value:

If a place, product or service acquires a positive, powerful and solid reputation, this becomes an asset of enormous value – probably more valuable, in fact, than all its tangible assets, because it represents the ability of the place or organisation to continue to trade at a healthy margin for as long as its brand image stays intact. (Anholt, 2010, p. 92)

Indeed, various scholars have argued that a place’s prosperity and progress can only be ensured through creating and maintaining positive brand images (Govers & Go, 2009; Pride, 2011; van Ham, 2008; Widler, 2007). Places unwilling or unable to develop a competitive brand will find it increasingly difficult to win their share of the world’s consumers, capital, investment, talent, cultural exchange, respect and attention (Anholt, 2007).

A strong brand can “enable premium pricing, as well as the market segmentation that makes it possible to communicate a coherent message to a target customer group” (Berthon, Holbrook, Hulbert, & Pitt, 2011, p. 41).

As intangible “product,” tourist destinations in particular depend on place brands to attract visitors (Hanna & Rowley, 2008). As Morgan and Pritchard (2000) have noted, the battle for customers in the tourism industry will be fought not over price but over the hearts and minds, where branding will be the key to success.

While tourism is frequently referred to as one component, or “output,” of a nation’s branding activities (Anholt, 2007; Hanna & Rowley, 2008), the high visibility of destination brands make them stand out as a crucial part of any nation brand (Giannopoulos et al., 2011), sometimes even making it difficult to distinguish between the two.

Brands: about trust and respect

Importantly, brands represent more than a set of images to promote a product or place; they are about trust and respect (Bell, 2005).

The meanings, symbols, and values represented by brands (Berthon, Holbrook, Hulbert, & Pitt, 2007) “not only reinforce the identity and uniqueness of destinations but also reassure the people, habitus, values, and symbols of their own culture, thus preserving the…‘state of being’ of the place” (Campelo et al., 2011, p. 11).

The potential of brands to re-construct individual identities and re-connect collective ones is particularly relevant “in a post-modern world where identity is fragmented and purpose is unclear” (Aitken, 2011, p. 295).

As Berthon et al. (2011, p. 41) put it, brands are “symbols around which social actors – including firms, suppliers, supplementary organisations, the public, and indeed customers – construct identities.”

Academic literature has referred to this inward-focused function of place brands as national branding (Olins & Hildreth, 2011).

Know of a new author or perspective on this topic? Help us develop this summary of academic literature on brands and branding further: contact us for details.