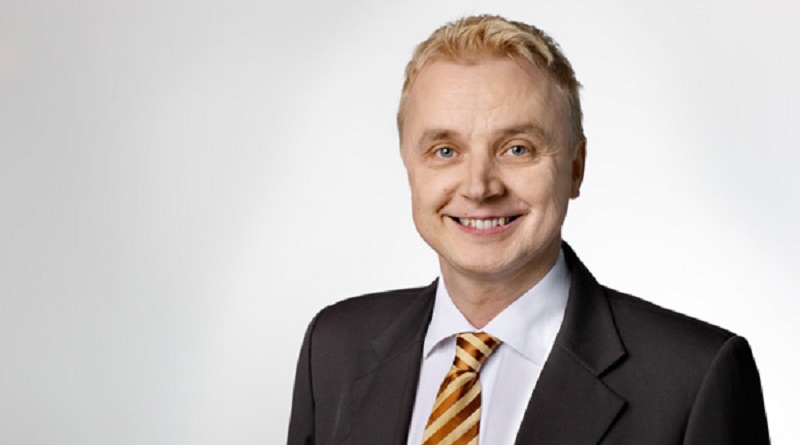 Teemu Moilanen, place brand strategy advisor in Finland, in this interview tells us what got him interested in place branding, whether place branding research is on the right track and which challenges city branding and city marketing professionals struggle most with.

Teemu, do you remember the first time you heard about city/nation branding? Who or what got you interested?

Around the year 2000 I was working in a large consultancy employing some 800 consultants, and we were developing a Master Plan for Levi Ski Resort in Lapland (Finland), one of the largest ski resorts in Northern Europe. At some point it became clear that branding is one essential part of the development.

As a diligent consultant I tried to do my homework and immersed myself into the topic of branding, but while doing so, it became clear that the models and practice did not match.

In the Levi Ski Resort project we tried our best to make the models fit, but several questions remained open as they were not at all present in the branding models.

Levi, for instance, was clearly The Brand, but there is no company called Levi. Instead there were some 350 independent companies and public sector organizations, with no formal decision-making system, who together are Levi. And nobody, not the customer nor anybody in Levi, knows in advance what or whose services the customer is going to use during his/her stay in Levi.

Customers come, use the service of this company and that company and then return home to tell to their friends what Levi is like. They don’t know nor care which company produces this or that, but consider all to be part of their Levi experience.

At the end of the day it turned out to be pretty difficult to apply the existing branding models to the context of a place in a meaningful way. I found this so intriguing that I did a PhD research on the topic.

Now at the end of 2015, how has your view on the branding of places changed?

Both theoretical knowledge and managerial practice have advanced great leaps in 15 years, and although the fundamentals are the same, general knowledge has increased and become much more sophisticated.

I believe place branding is not anymore in its infancy, but as the phenomenon is very complex, we are still far from robust theoretical base.

From a managerial point of view, the landscape is developing constantly with increasing speed, due to technological developments and changes in human behaviour.

Perhaps the most significant development is related to the emergence of social media, which has brought with it great new tools, for instance to incorporate and mobilize citizens and diaspora to place branding.

Having worked with cities and nations around the world, do you observe any notable differences in how place branding is approached in research and practice?

I don’t think there are any great regional differences between continents or anything like that.

On the other hand, brand management paradigms (~ understanding of what branding is all about) vary to a considerable extent from one city/nation to another. In their seminal academic article, Louro and Cunha (2001) identified four main paradigms: Product, Projective, Adaptive and Relational.

These different paradigms are strongly present in different nations/cities and influence strongly the approach cities/nations choose to place branding.

Over the last decade there has been a great shift from projectives (focusing on logos and campaigns) to adaptives and relationals, which I think is great.

In your view, what is nation branding all about?

In today’s globalized, networked world, every place has to compete with every other place for its share of the world’s consumers, tourist, businesses, investments and capital, best brain, skilled labour, respect and attention.

This competitive environment is a reality of our times and how a place stands out and communicates its distinctiveness greatly influences its success with regard to economic prosperity and the well-being of its citizens.

Nation branding refers to conscious attempts to influence what people think, what kinds of perceptions they have and how interesting they consider a nation or its products to be.

This is important because the perception people have about a nation influences a huge amount of decisions all over the world every day. Places with a strong brand find it much easier to sell their products and services and to attract people and investment.

Nation branding is collaborative by nature. It is a strategic process of collaboratively developing a shared long-term vision for a place. A vision which is relevant and compelling to key audiences, and anchored in the community’s societal, political and/or economic objectives.

Nation branding entails a set of actions aimed at influencing the perception of key audiences in order to align those closer to a nation’s shared long-term vision. 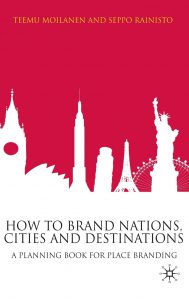 In 2008 you published the book How to Brand Nations, Cities and Destinations, together with Seppo Rainisto: In a nutshell, which are your key insights from the book?

The book was among the first in this field and an attempt to provide practical, step-by-step guidelines for developing a brand for a nation, city or destination. Although advances have been made in the field, I think the process described in the book is still valid.

One part that I particularly like in the book is the summary of cornerstones of success in place branding (why some place branding initiatives succeed while others fail), based on comparative studies of places that have been able to build the very best place brands in their fields. The 10 cornerstones are listed below:

Your thoughts on the current state of place branding research?

Place branding research has made great advances, but there are still many areas open for rigorous academic research.

I empathize with Lucarelli and Berg (2011) who argue that the empirical foundation of the city branding domain is largely based on anecdotal evidence with few comparative studies. I believe there’s plenty of room for systematic and robust comparative research that deals with a larger number of cases and reports city branding implications in a concise and practical manner.

Your favorite best (or worst!) case examples for city and nation branding?

I believe Spain and Barcelona are both beautiful and interlinked examples, showing that the image of a nation/city can be changed over a relatively short period of time.

During Franco’s era Spain was a poor backwater nation that offered little else to the rest of the world than sun, sand and sea. In the late eighties, Spain started a strategic and targeted campaign to develop a strong country brand, with a particular emphasis to bring in elements of interesting and rich culture into the image of the nation. 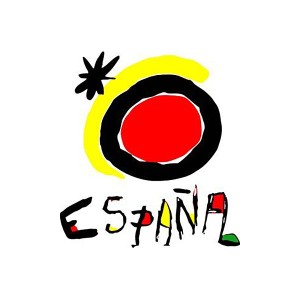 Although logos usually have little relevance, this process happened to have one, Joan Miró’s sun symbol. Among other activities Spain then hosted the Barcelona Olympic Games and the World Fair in Sevilla.

This versatile campaign has strongly shaped Spain’s country brand from a unilateral and bland image to a culturally rich, productive and interesting economy and a modern European force.

The interlinked and simultaneous branding process of Barcelona follows a similar path and as a result, a former post-industrial city turned itself into one of the most culturally active and interesting cities in Europe.

The value of the stories of Spain and Barcelona is that they show it is possible to shape a nation brand/city brand in a fairly short time.

Judging by your experience as place brand adviser, which issues do city and nation brand managers struggle most with?

I just published research findings on challenges faced in the city branding processes of 10 European capital cities. The study was based on interviews with 17 high ranking city branding practitioners.

My personal experiences as place brand adviser confirm the results of the study.

Connect with Teemu Moilanen on LinkedIn.

Enjoyed our interview with Teemu Moilanen on the branding of cities and nations? Spread the word!